What’s her secret? Home and Away star Erika Heynatz, 46, looks half her age as she shows off her youthful complexion in a close-up beach selfie

Erika Heynatz has been in the entertainment industry for the past 20 years.

And it appears the 46-year-old former model has barely aged a day, as she shared a close-up selfie looking half her age on Sunday.

Taking to Instagram, Erika showcased her stunning visage after a swim at the beach – and looked at least 20 years younger in the glowing image. 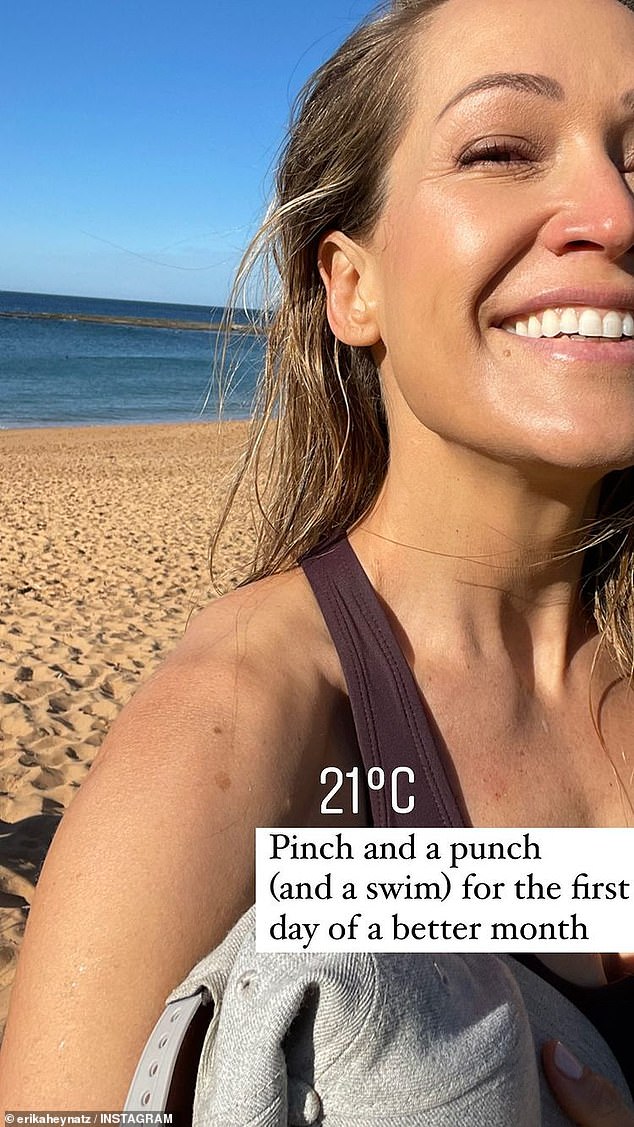 Ageless: Home and Away star Erika Heynatz, 46, (pictured) looked ageless as she celebrated the first of the month with a swim at the beach which she shared on Instagram on Sunday

The beauty flashed her million dollar smile as she strolled along the sand.

Erika appeared to wear no make-up as she basked in the sunshine in a brown swimsuit.

Following a dip in the ocean, her hair appeared slightly damp yet was styled in a pretty beach wave.

‘Pinch and a punch (and a swim) for the first day of the month,’ she captioned her photo. 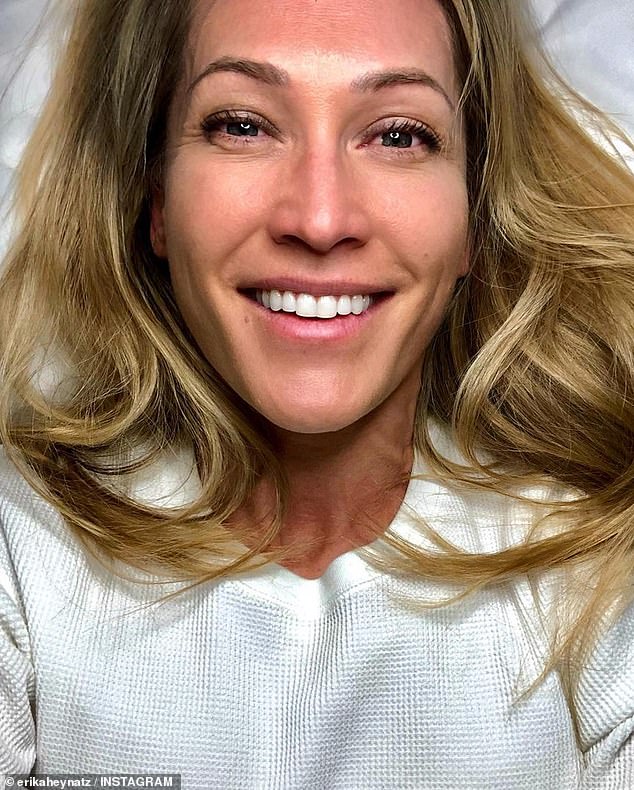 Star: Erika looked like she hasn’t aged a day from the beginnings in the entertainment industry

It comes after Erika revealed last week she is struggling to home-school her five-year-old son, Charlie, during lockdowns.

‘It requires bucket-loads of patience with a child who’s full of energy and short on focus,’ she host told the Daily Telegraph last week.

Heynatz is no stranger to home-schooling, having studied by correspondence as a child while her family travelled around Australia in a campervan. 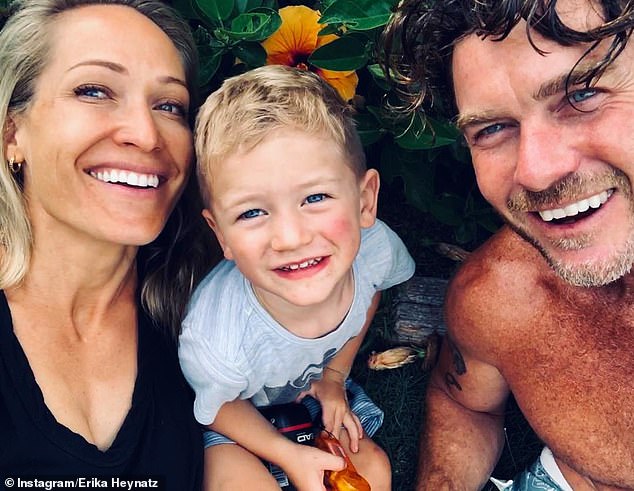 ‘Both of my parents were terrific teachers, with very different styles, which makes me push even harder for my husband to dig into home-schooling with me,’ she said of husband Andrew Kingston.

She was famously killed off the show during the latest season’s finale episode, leaving the soap’s fans guessing ‘who killed Charlotte’. 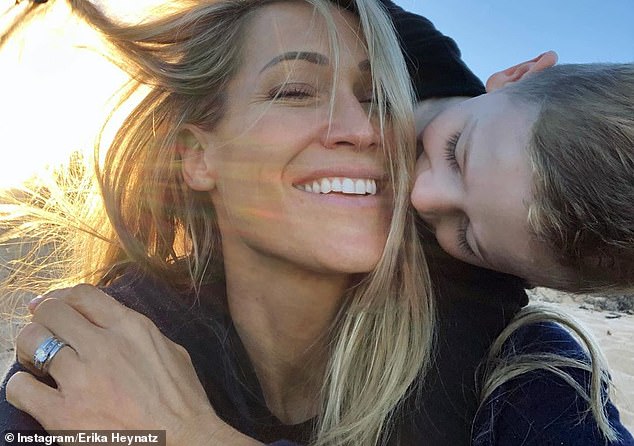 Her boy: Heynatz is no stranger to home-schooling, having studied by correspondence as a child while her family travelled around Australia in a campervan

Erika’s most recent role was in the 2020 adaptation of Stephen King’s short story The Children of the Corn.

Andrew and Erika married in 2007, and in March this year celebrated twelve years together.

The pair enjoyed a day out at Palm Beach together and Erika took to Instagram at the time to gush over her man.

‘Anniversary morning spent on a visit to Whale Beach where we got married and a stormy stroll along Palm Beach towards the lighthouse after breakfast. Happy Days.’ 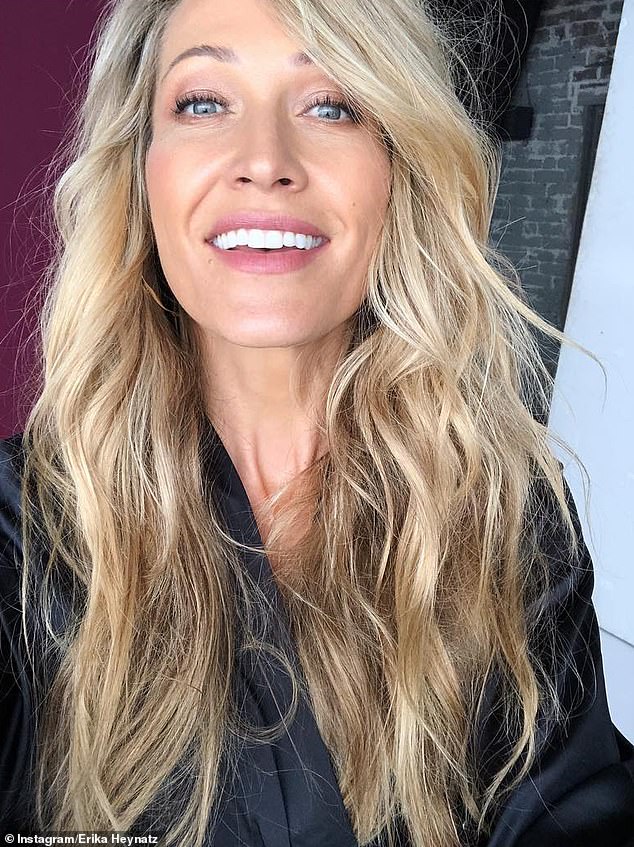 Joyful: Andrew and Erika married in 2007, and in March this year celebrated twelve years together