A huge landslide sent hundreds of tons of mud across a Welsh beach, leaving a row of luxury detached houses teetering on the edge of the new cliff.

Minutes after people had walked on the sand below, large parts of clifftop gardens, including a wooden beach, fell onto the beach at Nefyn near Pwhelli, North Wales.

Residents were urged to stay away from the site after the slip, which is believed to have happened at around 11am yesterday and is around 13ft wide. 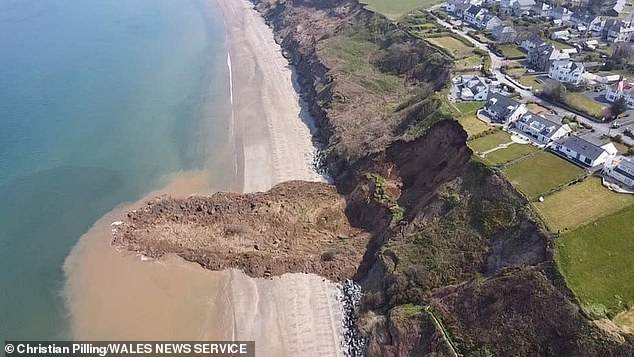 A large landslip, believed to be around 13ft wide, has seen a significant amount of homeowners’ gardens disappear into rubble in Nefyn, North Wales 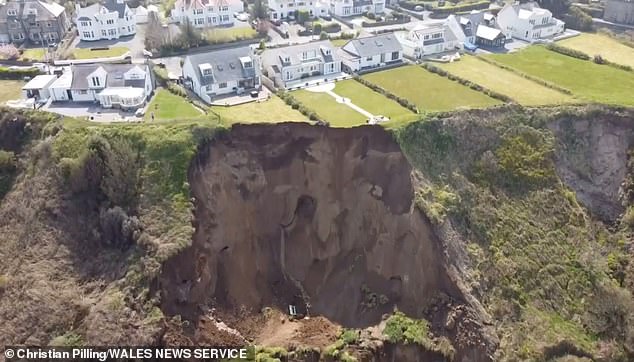 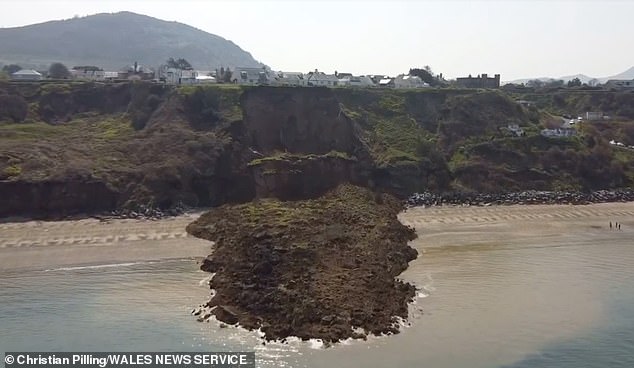 As a result of the landslide, several luxury homes with sea views are now perilously close to the edge of the new cliff

A large pile of mud and rubble spread down the beach reaching as far as the sea and some people were evacuated from their homes, Wales Online reports.

Hairdresser Christian Pilling said: ‘We’d just gone down for a walk and turned round and had the shock of our lives.

‘I don’t think anyone was on the beach. We’d gone down there about half an hour after it happened. It’s a good 40m wide but it’s hard to tell – it is so big.’

A day before the landslide, families with children had spent time on the beach in the exact spot where it took place.

No casualties were reported at yesterday’s incident.

Elise Leyshon said: ‘It is so lucky that no-one was on the beach on a Monday morning. Yesterday it was full of people. 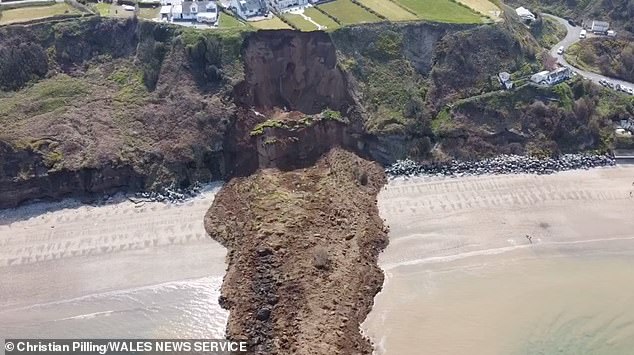 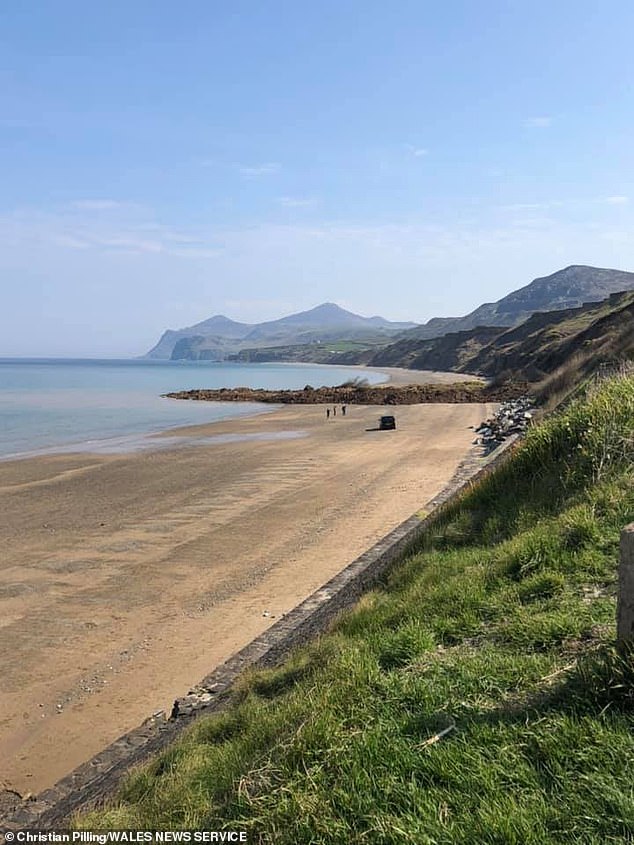 The day before the landslide, families with children had spent time on the beach over the weekend in the exact spot where it took place on Monday morning

‘They would stand no chance if they were caught by that landslide. It is incredible.’

One property on the idyllic stretch of road which has several detached homes with sea views sold for more than £400,000 in 2017.

A significant amount of the gardens along the road appeared to have disappeared as a result of the landslide and police cordons have been set up.

Near neighbour Steve Wilding-Hewitt said: ‘I’ve never seen anything like it. The police have cordoned a large area off to keep people away from the scene.

‘We could see the coastguard shouting to someone in their garden to stay aware from the edge because it was still moving.

‘There are some gardens that have been affected. You can see a bench that was at the end of the one of the gardens has fallen into the mud below.

‘There have been some rockfalls around this coastline for a number of months, but never anything like this. It is frightening.’ 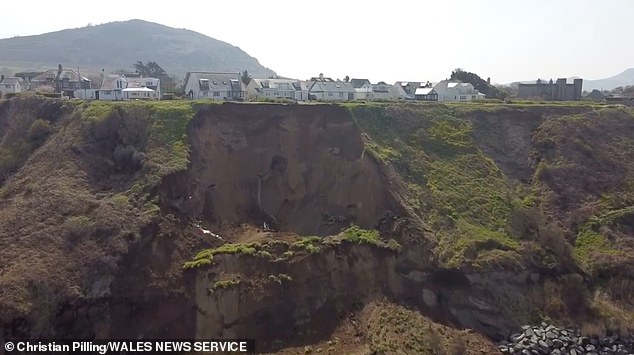 Among the rubble, residents claimed they could see a garden bench which used to sit in one of the homeowners garden half way down the cliff 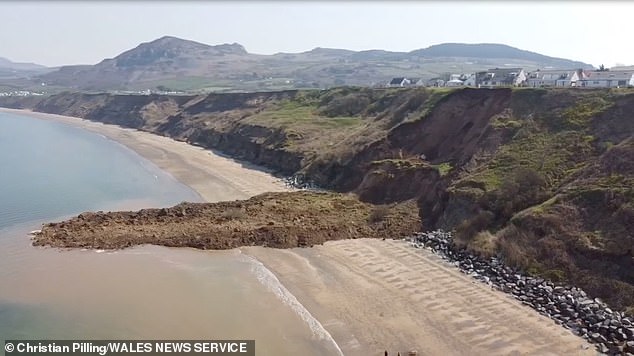 A North Wales police spokesman said: ‘We are aware of people gathering to take photographs – the public are advised to avoid the area until further notice.

‘The public are advised to avoid the area until further notice, whilst emergency services and utility companies make the area safe.’

A Gwynedd Council spokesman said its officers were on site with the police and assured residents security measures had been taken including restricting access to parts of the beach.

‘Arrangements have been made for an initial investigation of the cliff to be carried out and we urge people to keep clear and not to visit this area for the time being,’ the statement added.

Experts said then that the recent warm days and cold nights had caused cracks that were already there to get bigger meaning parts of the cliff face fell away.

Local residents in north Wales say there have been some smaller landslips along the coastline in recent months.

The small village of Nefyn has a long, sandy bay, sheltered by the Nefyn Headland, and backed by steep slopes.

Nefyn Beach itself is known as a hidden gem, known for its clear blue waters along with stunning views of the bay, and the distant three peaks of The Rival Mountains (Yr Eifl) to the east.