Steve Bruce always wanted to be Newcastle manager but he can never have imagined it would be like this.

But that’s how it has turned out for him. With that in mind, I see no point in him staying beyond this summer. 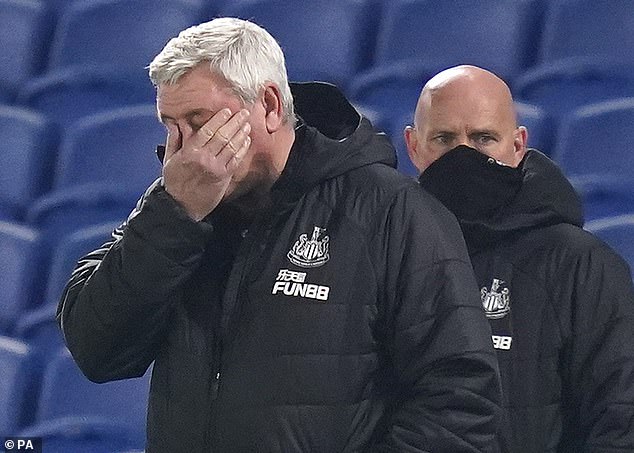 If I were advising Bruce, I would urge him to keep Newcastle in the Premier League — and I think he will do that — then walk away.

Bruce is a good bloke and has been a decent football manager over the years. But management does things to people and the toll can be especially heavy in a place like Newcastle.

Certainly it has impacted on Bruce and his team’s football reflects that now. It is defensive, inconsistent and utterly without freedom and expression.

Bruce’s life looks so joyless now but this is a man who knows what glory is, knows what good football feels like. He played for a great Manchester United team, remember. 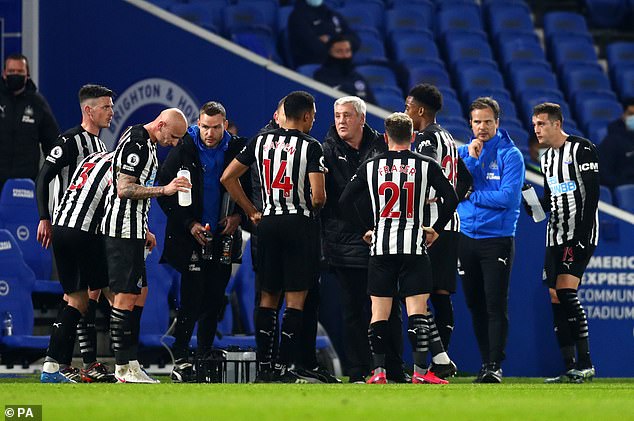 It has reached a point at St James’ Park now where many people in the city wish him to fail. They do not want their team to go down but they wish them to play badly in the hope it leads to Bruce’s sacking.

That is unlikely unless Newcastle get so close to Fulham in the one available relegation spot that owner Mike Ashley panics.

Deep inside, though, Bruce knows this is not how it is supposed to be at Newcastle, the club he supported as a boy. He knows that it should be about a throng behind the goal, a river of black and white pouring back down the hill at full time to drink and talk about the glories and the tragedies of the endeavour.

What it should not be is arms folded in defiance, cheeks puffed out with anxiety, horribly antagonistic press conferences, football filled with fear.

But that is what Newcastle has become for Bruce and, however long it goes on, it does not feel as though it will change. 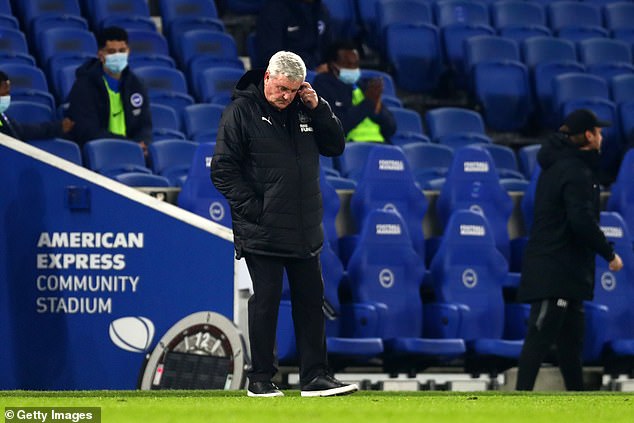 Bruce has had a long, progressive career, but his time at his beloved Newcastle should end

I remember sitting in that magnificent stadium in October 2019 when a young Geordie called Matthew Longstaff struck a low missile that flew past David de Gea in the United goal. It was the kid’s league debut, 1-0 to Newcastle. What a win, what a day, what a noise. I wondered if that would be as good as it got for Bruce up there and that is pretty much the way it has turned out.

Bruce has had a long career and much of it has been progressive. He got the job he wanted. He did OK but his road at Newcastle feels as though it should end here.

Don’t wait for the lynch mob, Steve. Finish the job and go on your own terms. Leave the aggro to someone else.

The chances are you won’t miss it as much as you think.

Bowen apologises but can’t move on

The FA are investigating a tweet posted by West Ham forward Jarrod Bowen that included a racist word. Bowen, now 24, was 15 at the time and a youth player at Hereford.

Having apologised, it is not Bowen who should feel particularly ashamed now. It is whoever dug that tweet out. It takes a special kind of moron to do something like that.

Frank Worthington shook my hand with an iron grip when I interviewed him in 2016 and then challenged me to an arm wrestle. I declined.

But it was lovely to meet him and his wife Carol, and I realised this week there was one thing I had missed as I trawled through the classic footage of his career.

After Worthington scored his famous goal for Bolton against Ipswich in 1979, the referee can be seen applauding as he runs back to the centre circle.

Just imagine if that happened now. We would be talking about it for days, social media would melt and the referee concerned would probably find himself demoted to the Isthmian League.

The world has changed in the last 40 years and not always for the better. 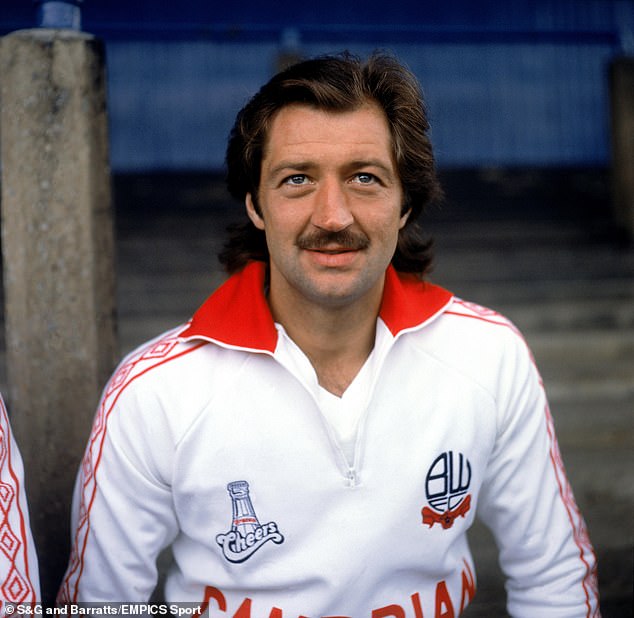 Frank Worthington playing for Bolton Wanderers. He died earlier this week at the age of 72

John Stones says the England players will ‘definitely have a stand’ on the issue of migrant worker abuse in Qatar ahead of the World Cup next year.

These countries have all worn T-shirts highlighting the issue and the images have been powerful. FIFA may start to hand out fines if messages are deemed overtly political but why should anybody worry about that? It is FIFA who got us in to this mess in the first place. It is their ugly, bent, blood-stained World Cup we are heading for. So come on England. Print your T-shirts, pay your fine, take a stand.

What are you waiting for? 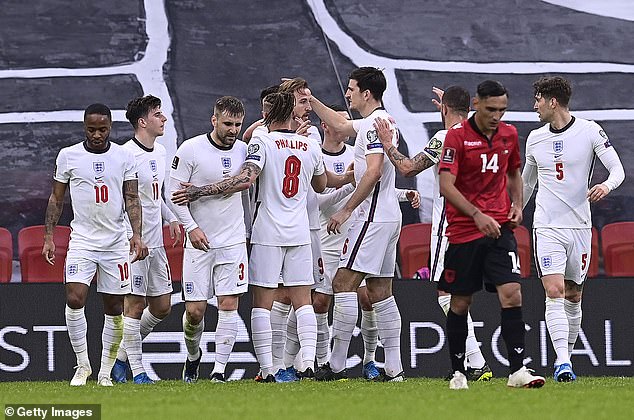 Harry Kane says he will think about whether to stay at Tottenham or not ‘in the summer’.

And that, my friends, is what is known as taking your first step through the door.