Rumble in the jungle! Abbie Chatfield and Ash Williams are ‘set for a romance’ on I’m a Celebrity… Get Me Out of Here!

She may have lucked out on Matt Agnew’s season of The Bachelor, but it seems Abbie Chatfield has met her match on I’m a Celebrity… Get Me Out of Here!

According to TV Blackbox, the 26-year-old influencer and podcast host struck up a romance with comedian Ash Williams in the NSW ‘jungle’.

Abbie and Ash ‘became quite the item – so much so that things continued [between] them after the cameras stopped rolling,’ the industry website reports. 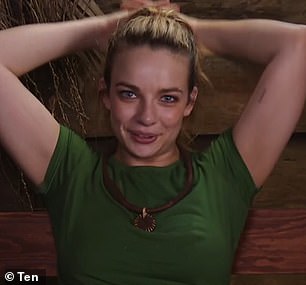 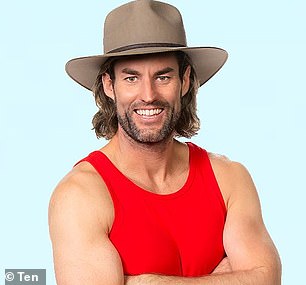 Reality TV lovebirds? Former Bachelor star Abbie Chatfield (left) and comedian Ash Williams (right) are reportedly set for a romance on I’m a Celebrity… Get Me Out of Here!

Meanwhile, Woman’s Day claims ‘a romance definitely heats up’ between the pair and their ‘union throws other campers off’.

Interestingly, during Sunday night’s season premiere, Abbie went into the jungle with the mindset of steering clear of potential flings.

‘I’m not getting involved in love on TV ever again,’ she said. 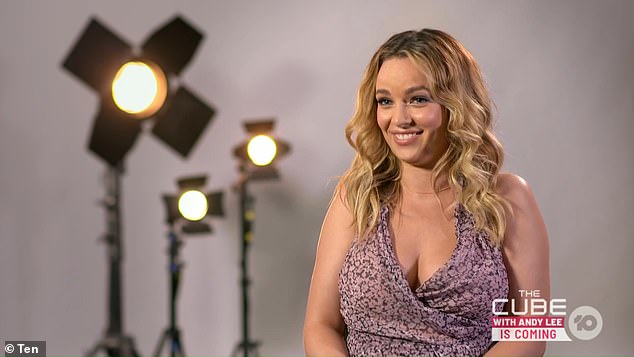 Mixed signals: Despite rumors that Abbie Chatfield and Ash Williams hooked up in the jungle, the former Bachelor In Paradise star went in to the show with no intention to strike up a romance.

Whether or not the rumours are true, Abbie and Ash are definitely keeping viewers on their toes.

They had an awkward encounter when they first met for a challenge.

After greeting Abbie, Ash told her she’d ignored his direct message on Instagram when he reached out to her in 2019. 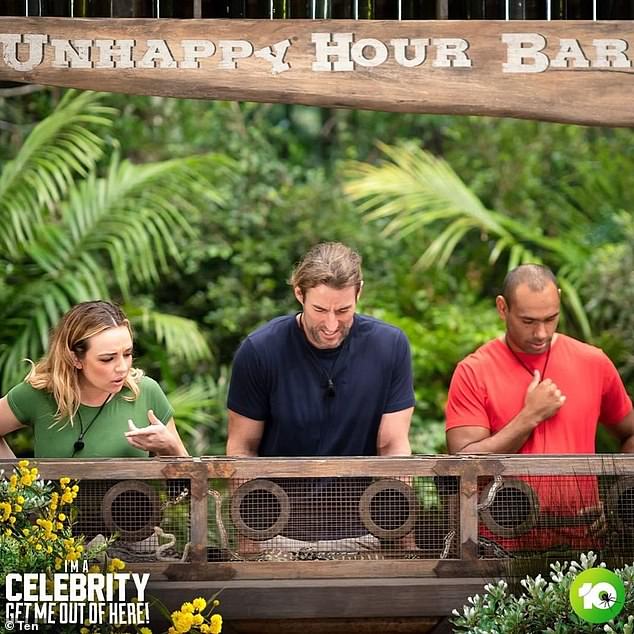 On Sunday night’s episode of I’m a Celebrity, Abbie won her first challenge. ‘Almost called it but couldn’t let my boys beat me. Sorry @ashwilliams1 @varcoe_t #ImACelebrityAu,’ she wrote on Instagram after it aired on Channel Ten.

He’d decided to send a supportive message after watching her get her heart broken on The Bachelor.

A visibly shocked Abbie responded: ‘Oh… was it anything nefarious? I often get pictures when I get DM’d.’ 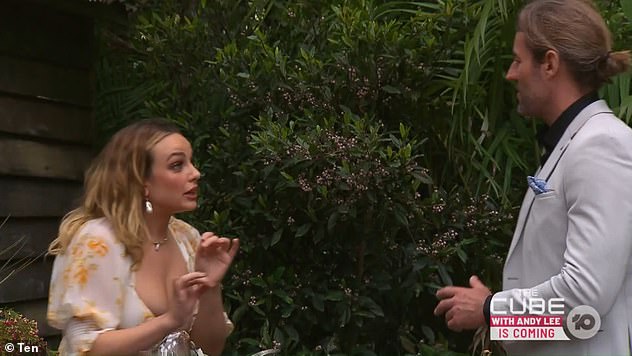 Adding fuel to the romance rumours, Ash commented ‘Love you x’ below a post Abbie shared to Instagram as Monday’s episode was airing.

I’m a Celebrity… Get Me Out of Here! continues Monday at 7.30pm on Channel 10 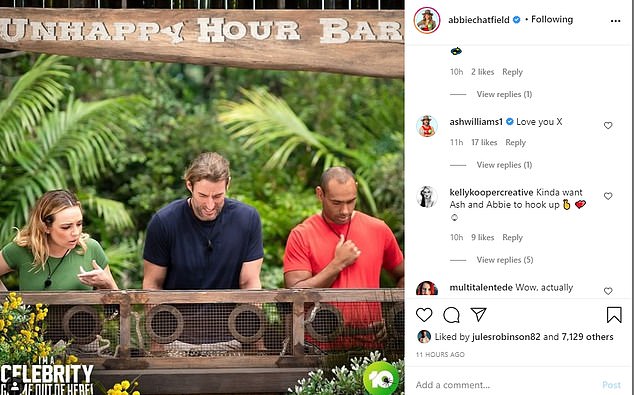 Meghan Markle and Prince Harry told to 'get on with' life...

Meghan spoke from the heart and her words weren't rehearsed –

Katie Holmes crosses her arms as she bundles up in a...