Grant Denyer reveals how his secret phobia could come back to haunt him on I’m a Celebrity… Get Me Out of Here!

Grant Denyer has already become a fan favourite on I’m a Celebrity… Get Me Out of Here! after just one day in the camp.

But on Monday, the Family Feud host revealed his crippling claustrophobia could affect his performance on the show.

Grant, 43, told TV Week he developed a fear of confined spaces after breaking his back in a monster truck accident in 2008. 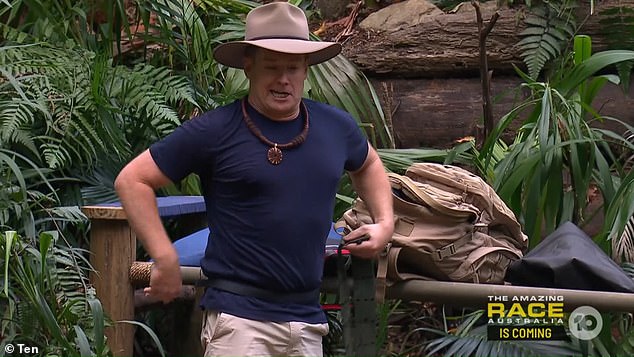 Fear: On Monday, it was revealed that Grant Denyer’s crippling phobia could effect his time on the show, following an incident which happened in 2008

He hopes appearing on the show will help him ‘get over’ his extreme phobia.

‘I don’t know if it was all the MRI scans or just the fact I was unable to move,’ he said.

‘There were a couple of times that I had panic attacks and, at the height of my claustrophobia, once even passed out on a plane when they closed the door.’

His phobia became so crippling that his daughters, Sailor, nine, and Scout, five, once found him crying in a cupboard during a game of hide and seek. 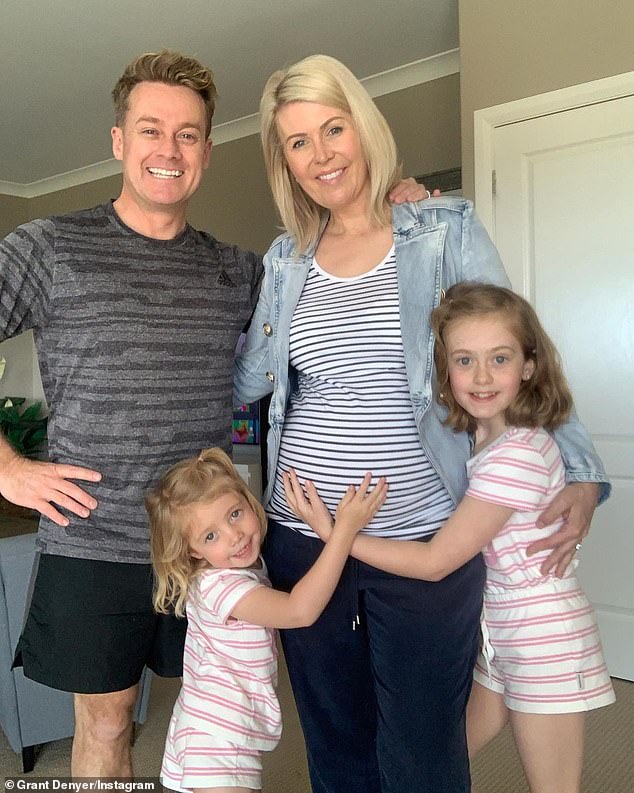 Heartbreak: Grant also confirmed that his phobia became so crippling in the past that his daughters Sailor, nine, and Scout, five, once found him crying in a cupboard during a game of hide and seek.  Pictured with wife Chezzi

It’s no surprise Grant was nervous before on the show, as the Tucker Trials regularly see celebrities trapped in confined spaces as they try to win meals for the camp.

He caused quite a stir when he arrived on set and failed to recognise musician Jack Vidgen, 23, despite hosting Australia’s Got Talent when he won the show in 2011.

In a piece to camera, Grant described Jack as ‘cute’ and like a ‘human Ken doll’, presumably in reference to his litany of cosmetic procedures. 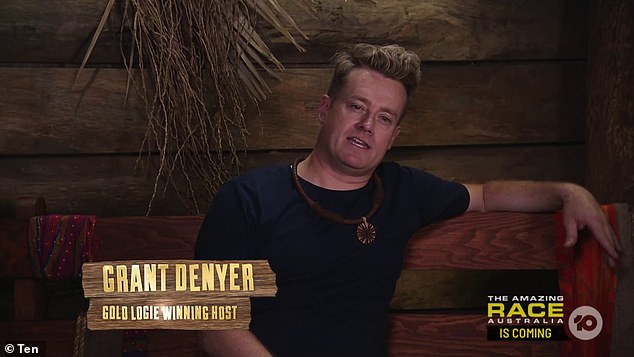 ‘He’s like a human Ken Doll!’ Grant admitted he failed to recognise Jack Vidgen on I’m A Celebrity’s premiere on Sunday – despite hosting Australia’s Got Talent the year he won

After greeting each another in the jungle, Grant admitted: ‘Don’t tell him, but I didn’t recognise that it was Jack.

‘I saw him when he was a kid, when he won Australia’s Got Talent. I read out his name as the announcement.’

Grant then appeared to throw shade at Jack, saying: ‘He’s all grown up. Yeah. He’s like a human Ken doll. He’s cute.’

I’m a Celebrity… Get Me Out of Here! continues Monday at 7.30pm on Channel 10 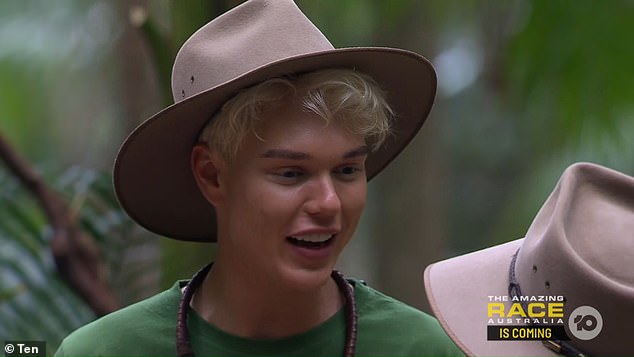 Jason Kennedy announces he is leaving E! after 16 years on the cable news network

Kylian Mbappe has made decision on Man Utd or Liverpool transfer...

No, you hang up! Most conversations do not end when people...