It is approaching 49 years since Anita Neil last represented Great Britain in an Olympics; more than 40 years since she last gave an interview.

Britain’s first black female Olympian faded into obscurity, though not through choice.

The 70-year-old had wanted the world to know about the arduous factory shifts while training for an Olympics, about sitting in Mexico’s Olympic Stadium while racist abuse rained down on John Carlos and Tommie Smith’s black power salute in 1968, and about being different. 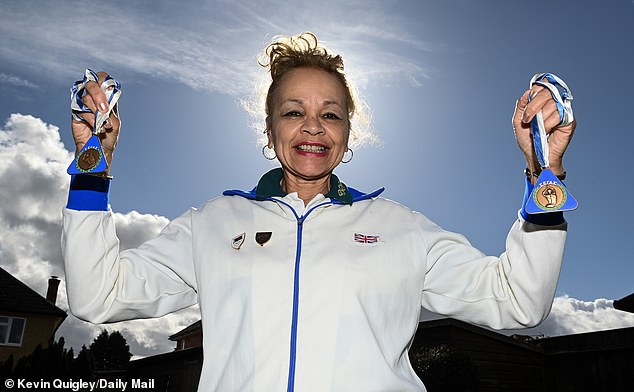 Neil has held back — until now. ‘I don’t know why this (being Britain’s first black female Olympian) has not been brought up before,’ she tells Sportsmail. ‘I’ve been ignored — no recognition, no nothing.

‘I led the way, I opened the doors for black girls in athletics. Initially, I didn’t realise how important it was that I was the first.’

After being snubbed in 2012 when the Olympic torch arrived in Wellingborough — she is still the only Team GB athlete to come from the small Northamptonshire town — Neil resigned herself to being a footnote in this country’s athletics history. It is something that continues to pain her.

‘That torch happened to pass through Wellingborough where I live, and all I got was, “You can come to the council chambers and meet the torchbearers”,’ Neil says.

‘I wanted to carry the torch to represent my international relay friends who have passed away: Lillian Board, Janet Simpson, Denise Ramsden and Donna Murray. They didn’t let me.

‘They never gave me an answer. I felt absolutely gutted. I am the only Olympic athlete in this town in all these years and this torch is coming to my town. I felt ignored. It was awful for me.’ 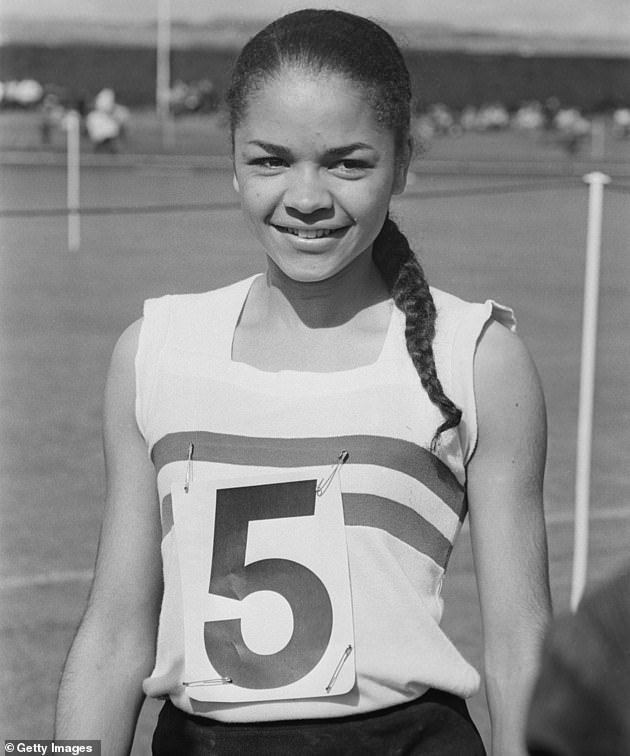 Neil was part of a world record 4x100metre relay in 1968, won silver at the 1970 Commonwealth Games and three bronze medals at the 1969 European Championships. But it is experiences off the track that have shaped her life.

The 100m sprinter was brought up by single mother Florence with four siblings after her American sergeant father left when she was an infant.

After blitzing her fellow Northampton county peers in long jump, 100m, relay and hurdles, coach and PE teacher Roger Beadsworth connected Neil to London Olympiades Athletics Club — the top club for female athletes in Britain. It was a huge culture shock. ‘It was a different social class, financial class and educationally,’ Neil says.

‘I was the only mixed-race athlete among them and felt like a bit of an outsider at first. It seemed like they were in a different class to me altogether.’

Money was scarce which meant she often did her training alone on the local rugby field. And when she did venture to the London club in the summer, it would be Beadsworth who would take her. Petrol money was not an option.

Neil made her Team GB debut the following year, 1966, aged 16 in the long jump in France. Though it is the memories of competing at the two most controversial Olympic games of all time that remain strongest.

It was here that she witnessed a defining moment in Olympic history: the black power salute by 200m sprinters Smith and Carlos, who bowed their heads on the podium and raised a gloved fist each to protest against racism in the US, while The Star-Spangled Banner boomed out. 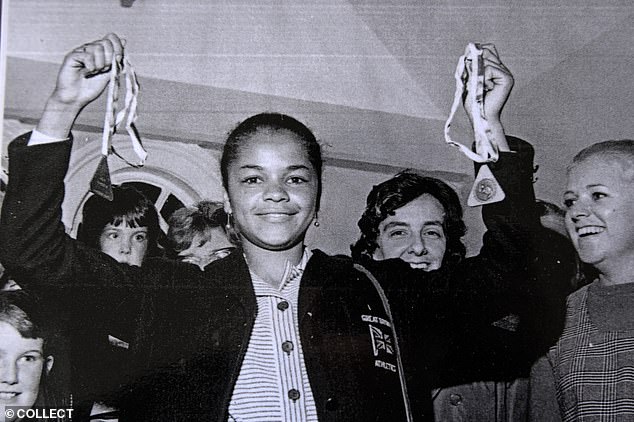 Neil was part of a world record 4x100metre relay in 1968, won silver at the 1970 Commonwealth Games and three bronze medals at the 1969 European Championships 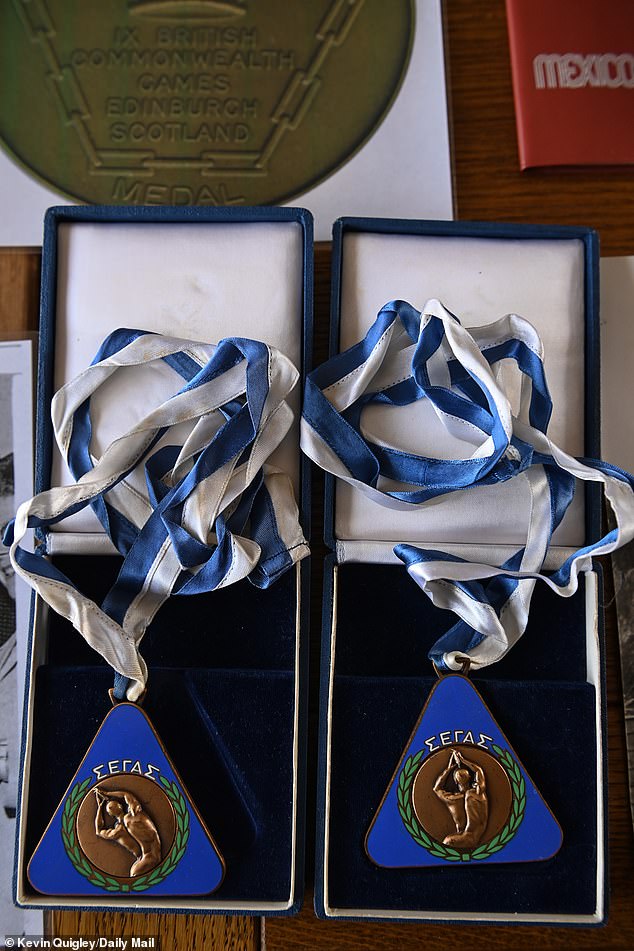 However, Neil says it is the experiences off the track that have shaped her life

The stadium fell silent before Neil was stunned by racist abuse from the stands. ‘Absolutely (I was saddened by the racist abuse), it wasn’t nice,’ Neil recalls. ‘It was unjust. But it has always been there, hasn’t it? You learn from a very early age. With having a black father and a white mother, growing up in the ’50s and ’60s even in this country was difficult at times.

‘Britain wasn’t so prejudiced as the USA at the time, they (USA) were going through a lot in the ’60s.’

Neil’s voice trails away and she pauses. It is not a comfortable area to delve into. She continues: ‘They (Smith and Carlos) got put down, that was the end of their careers. They sacrificed their careers to highlight what was going on in the States.

‘In one way it needed to be said — who else was going to represent them?’

Aside from this historic protest, the sprinter vividly remembers the circumstances around her own performances. And it includes five years working in a clothing factory. ‘I made the quarter-finals of the 100m, the final of the relay,’ she says.

‘I was happy with my performance considering I was training on a school field. I was working from the age of 15 in a factory. I was working 36 hours a week and they used to let me off early at 3pm twice a week to train.

‘You don’t have to do that now, athletes get paid nowadays. I never received a penny, nothing.’ It did not deter Neil from working towards qualifying for Munich 1972. She succeeded, but again the Games were overshadowed by events off the track.

Black September terrorists stormed the Olympic village in the second week to take 11 Israeli athletes and coaches hostage. Two were shot dead immediately and the other nine were killed after being forced on to a helicopter.

‘It was awful what happened, scary as well because it was in the village where we were,’ she says. ‘We were told not to go out on the balconies, not to do this or that.

‘I did see the helicopter leave to take them to the airport. It was scary because you didn’t know whether there were snipers.’ 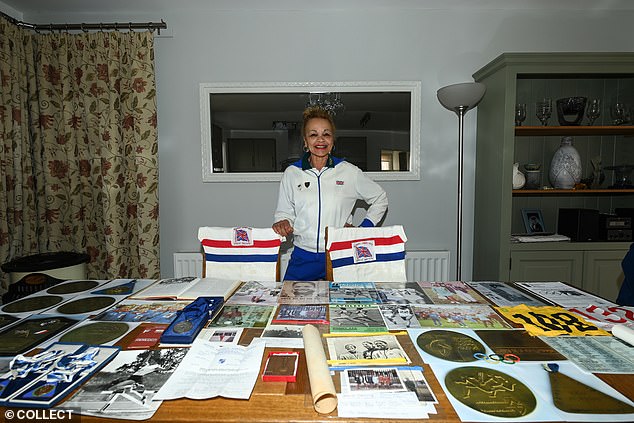 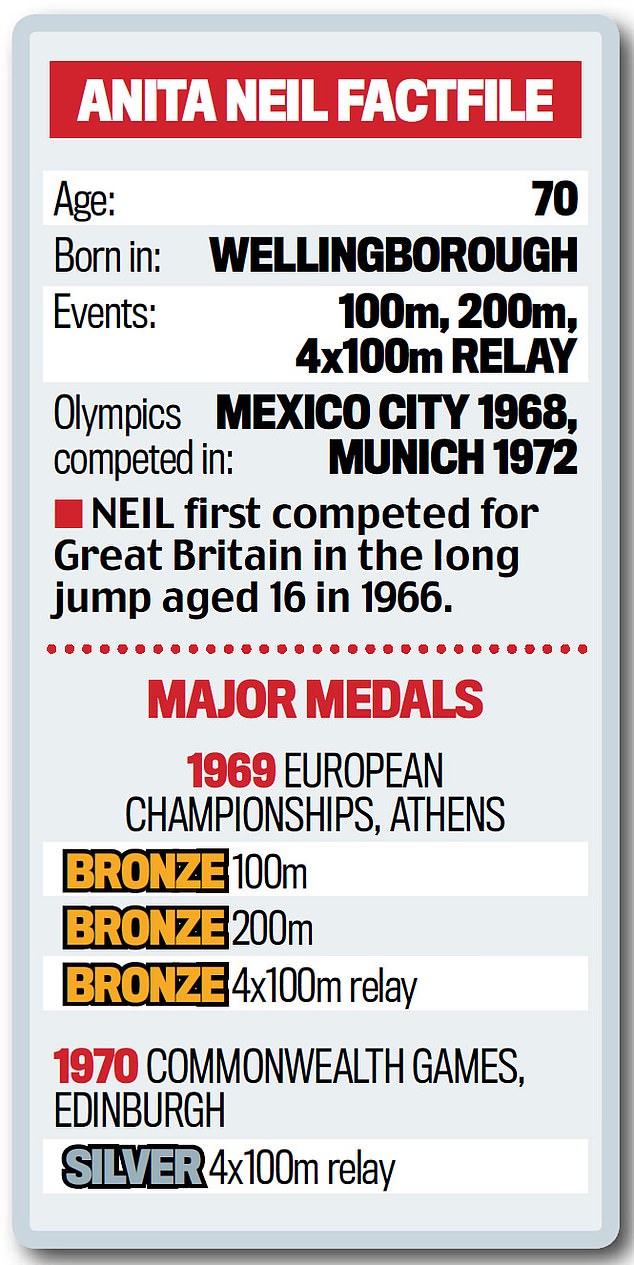 An interaction with one of the Israeli coaches made a particular impact. ‘During training the day before, an Israel sprinter and her coach were behind me,’ she says. ‘And he tapped me on the shoulder and said, ‘You two will be running against each other this week’. And I said, ‘Yes, we will’, and he was murdered the next day.’

She reached the quarter-finals of the 100m and final of the 4x100m relay. But after failing to collect a medal at either Olympics, Neil wanted one final hurrah. Canada 1976 was on the horizon, but circumstances conspired against her. She trained alone for 18 months, unable to afford to commute to any of the track meetings or trials.

Then she lost her coach’s services after his brother-in-law died in a parachuting accident. ‘I was heartbroken,’ Neil recalls.

It was a blow she struggled to accept. Following the Games, Neil went from job to job. Stints included working as a wages clerk and a primary school learning support assistant.

The mother of one is now retired and, aside from her own lack of recognition, Neil is heartened to see the strides society has made since she was a child.

‘They are more accepting, there are more and more black people,’ she says. ‘Whereas when I was little, in school it was just me and my sister.

‘They are very lucky, it’s quite cosmopolitan now. We’re all as one, we all live in this world together.’