Jamie Carragher took another swipe at colleague Gary Neville’s hire-and-fire approach as owner of Salford City by asking if it is ‘hours or days’ before new boss Gary Bowyer gets the boot.

When it emerged Nicky Butt, a co-owner of Salford City along with Neville, had quit Manchester United in search of a new professional challenge, Carragher could not resist another jibe in Neville’s direction.

‘Hours or days before @GNev2 sacks Gary Bowyer,’ Neville asked on Twitter, before later thinking better of it and the tweet was deleted. 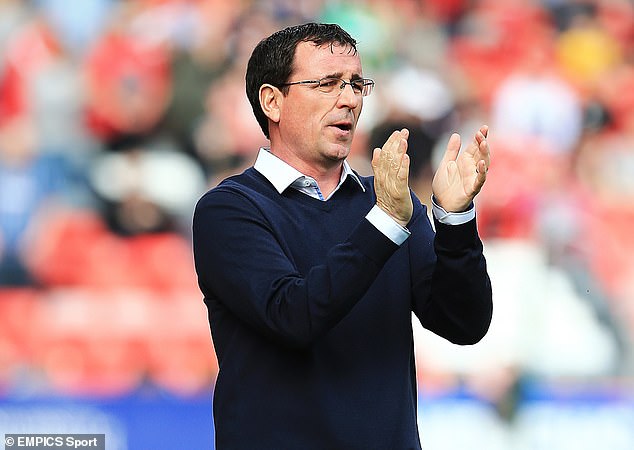 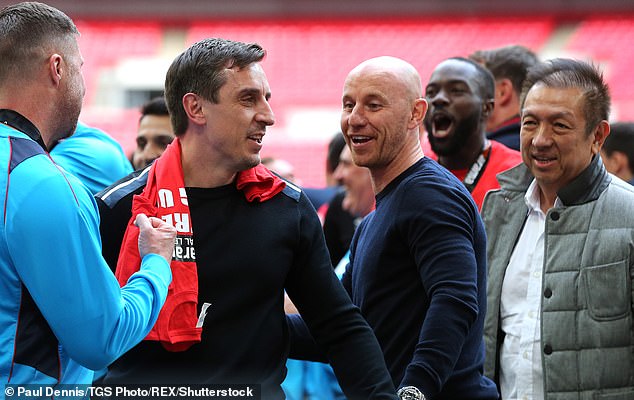 Carragher tweeted in light of Nicky Butt (middle, pictured to the right of Neville) departing from his first-team development at Manchester United in search of a new challenge 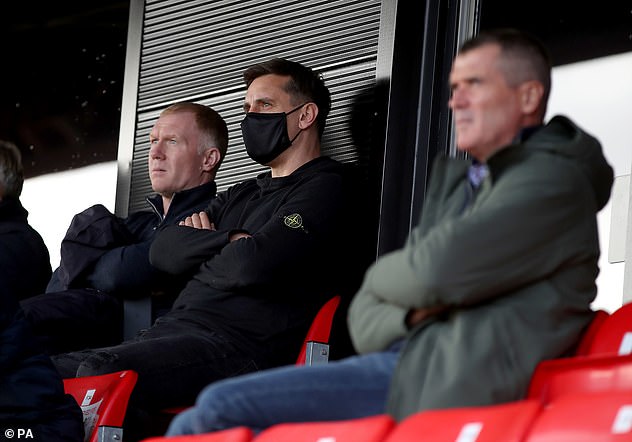 Salford’s Class of ’92 ownership group (Paul Scholes and Neville, left to right) were not happy with the League Two side’s promotion bid but have been criticised for their approach

Carragher led the condemnation of Salford City’s sacking of manager Richie Wellens on Monday and continued to drive home his point with his latest tweet.

After Wellens was sacked, Carragher posted an old quote from co-owner Neville where he demanded managers be given time to succeed.

Salford axed Wellens after last weekend’s 2-0 defeat at Cheltenham, which leaves them six points off the League Two play-off spots.

It came just nine days after Wellens – who was in charge of Salford for just four months – led them to EFL Trophy glory against Portsmouth at Wembley. 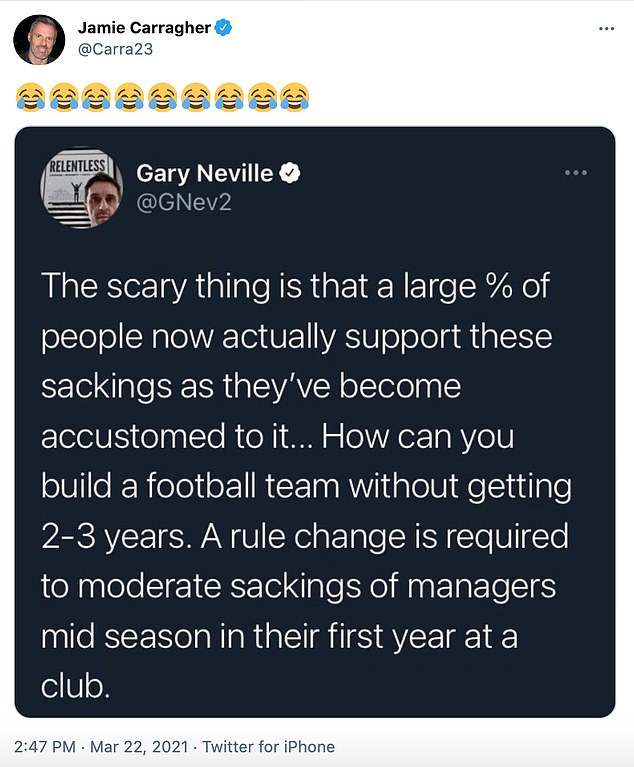 Carragher tweeted this quote from Neville where he even demanded a rule change to give managers time to work, insisting managers need ‘2 to 3 years’ to establish their work

Carragher also compared Neville to former Atletico Madrid president Jesus Gil, who was famous for showing a lack of mercy towards coaches, in one of his recent tweets on the topic

Neville’s quote, re-shared by Carragher, read: ‘The scary thing is that a large % of people now actually support these sackings as they’ve become accustomed to it… How can you build a football team without getting 2-3 years?

‘A rule change is required to moderate sackings of managers mid-season in their first year at a club.’

Carragher also compared Neville and his other Salford co-owners to former Atletico Madrid president Jesus Gil, who was famous for showing a lack of mercy towards coaches.

Neville and Co ignored Carragher’s jibes and moved quickly to name Wellens’ successor, giving Bowyer the job as they look to get back into the League Two play-off places.

But in a statement on Tuesday, Derby said Bowyer will return to the club once the 2020-21 campaign is up and resume his role with the club’s academy. 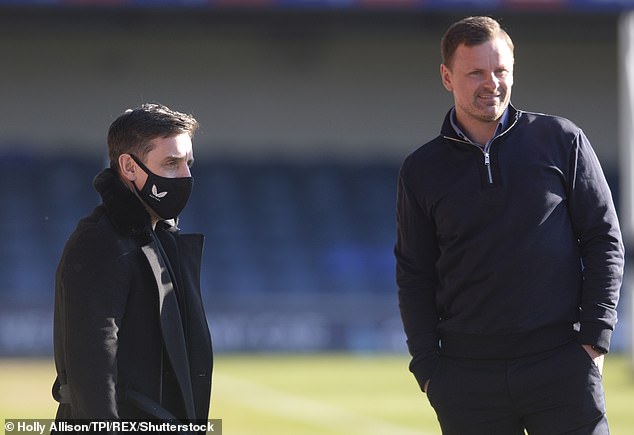 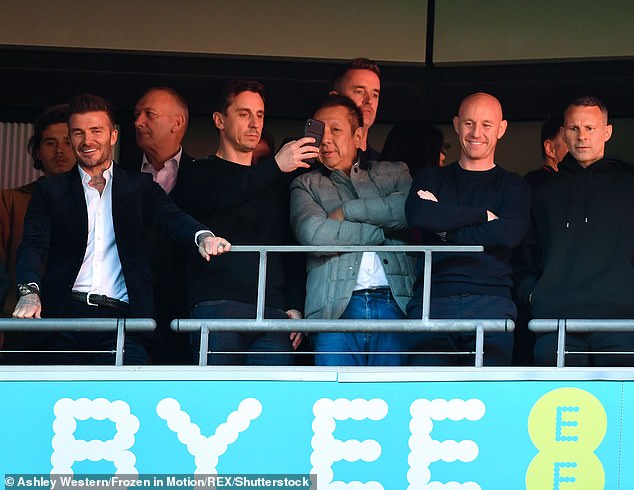 In a Salford statement on Tuesday, Bowyer, who had been working with Derby’s Under 23s and has previously had spells in charge of Blackpool and Bradford, said: ‘I’m delighted to be here, I’ve got to first and foremost thank Wayne Rooney, Darrell Russell at Derby County for being so helpful to allow me to come here.

‘Obviously today is a case of meeting the players and setting the expectations of what we expect of them from now until the end of the season.

‘We want them to be playing aggressive football both with and without the ball, and have a right good go at these remaining 11 games.

‘We have an opportunity like everybody else in this league to try and force our way into the reckoning to try and get into the play offs and see if we can do that.’