JEFF POWELL: Dillian Whyte proved he has respect as well as rage in his formidable arsenal during the demolition of Alexander Povetkin… but he’ll need patience too if he is to fulfil his dream of a world title shot

By Jeff Powell for the Daily Mail

Alexander Povetkin did grow old before our eyes but the aging process was vividly accelerated by Dillian Whyte’s new-found maturity.

When he carried his own stool to the other corner for his crushed opponent to slump onto during his medical checks, Whyte did more even than resurrect his career by exacting revenge for that shock knock-out seven months earlier.

By resisting the temptation to gloat, he achieved personal dignity. 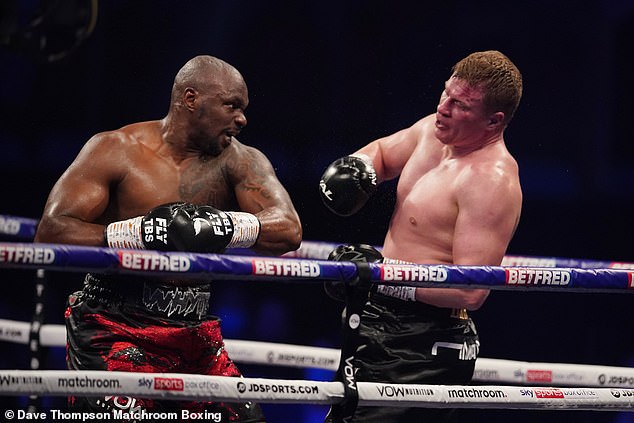 Nor had there been much at all of Whyte’s customary pre-fight trash talking.. Rather, he walked to the ring in a robe which commemorated the passing of his idol Marvelous Marvin Hagler. Saturday night’s Rumble On The Rock of Gibraltar became the anvil for a transformation.

Respect had not appeared previously to be part of the Brixton Body-snatcher’s lexicon but his acquired understanding of the meaning of the word now adds an important extra level to his marathon campaign for a world heavyweight title.

Without that mutual admiration for others brave enough to climb through those ropes, there is always the danger of underestimating opponents.

Whyte has learned another lesson from that humbling near-decapitation by Povetkin last August. Patience. 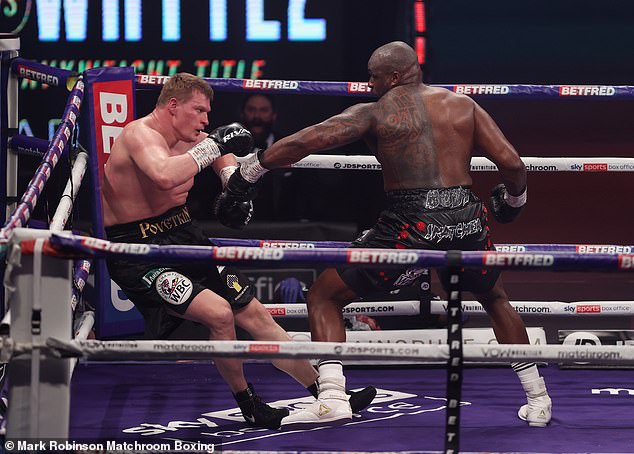 This time, instead of impaling himself on the 41-yeear-old Russian’s nuclear uppercut in his eagerness, he waited for the opening to present itself for a three-punch finish. That moment duly came in the fourth round and was detonated with clinical precision.

Whyte will need the virtue of patience even more now he has hoisted himself back onto the ladder for a title shot. All the alpha-belts are entangled around the two fights in which Anthony Joshua and Tyson Fury are contracted to resolve which of them will become the first undisputed heavyweight champion since Lennox Lewis.

That could take us well into next year. Even then, despite declaring himself ‘the third best heavyweight in the world,’ Whyte would find himself jostling for places in the queue with the winner between Olexsandr Usyk and Joe Joyce. As well as notionally behind Deontay Wilder. 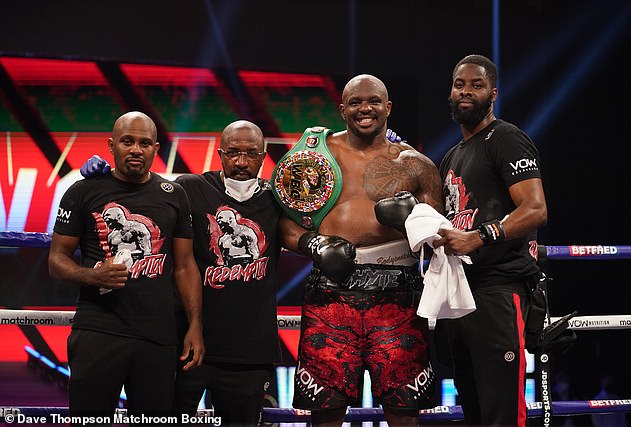 Promoter Eddie Hearn would like to match Whyte with Wilder this summer ‘in a colossal fight.’ But the Bronze Bomber looks likelier to come back from his Fury defeat by facing Andy Ruiz Jr in what would be a bigger money fight in America.

For the time being Whyte must continue to re-focus his all old rage against the brutal hardship of his youth into the dedicated preparations which brought him to Gibraltar in the best mental as well as physical condition of his life.

The prospects for this natural fighting man doing just that are enhanced by this discovering within himself the core elements of a proper man.