French fishing boats spotted off the coast of a British Channel Island are continuing to ‘decimate’ the seabed with unsustainable ‘industrial fishing methods’, officials say.

Don Thompson, president of the Jersey Fishermen’s Association, made the comments after multiple vessels appeared a few miles off the coast.

He said that some of the boats had up to 1,000 horsepower, were around 20 metres long and were taking ‘tonnes’ of scallops off the sea bed.

Mr Thompson, president of the Jersey Fishermen’s Association, said the resentment is growing among the local fishing industry and that something had to be done. 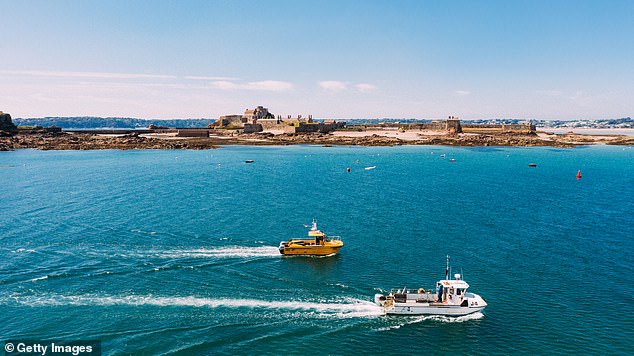 People in Jersey claim to have seen French fishing boats ‘decimating’ the seabed off the coast of the Channel Island with ‘industrial fishing methods’. Picture: Stock

He said: ‘We are seeing boats out there with 1,000 horsepower, and around 20 metres long, that are taking literally tonnes and tonnes of scallops off the ground.

‘The heavy gear used by those big powerful boats just wrecks the ground, there’s no two ways about it.

‘That’s industrial fishing and it’s unsustainable fishing. Those are the scallop stocks that our fishermen will rely on for the future and they are being absolutely decimated.’

Earlier this year a post-Brexit ‘amnesty’ deal was put in place allowing French boats that were able to fish in the Island’s territorial waters before Brexit to continue doing so until the end of April. 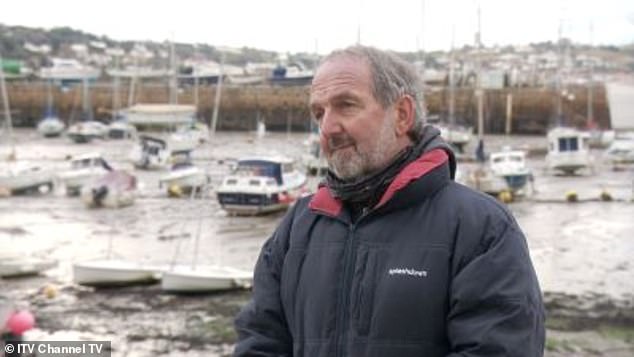 Don Thompson (pictured), president of the Jersey Fishermen’s Association, said some boats had up to 1,000 horsepower, were around 20 metres long and were taking ‘tonnes’ of scallops off the sea bed

The deal will see the EU’s share of British waters dropping by 25 per cent in stages over the next five years, after which the UK could exclude European boats completely.

Currently, non-Jersey vessels have access to the six to 12miles from the shore, must prove that their historic operation within the Island’s seas and obtain a permanent licence to continue fishing here beyond 30 April.

Don continued: ‘All that [unsustainable fishing] is being done under the amnesty provided just to appease the French by our own government.

He also said that French vessels had caused ‘several thousand pounds worth of damage’ to local fishing pots.

He added: ‘These big powerful scallop boats from France just kept going through our fishermen’s gear and just towing it away – it’s a ridiculous situation.’

Islanders were watching radar images of the boats which circulated online, and one commented ‘I’m watching them live – decimating the sea bed. So sickening to watch.’

Local photographer David Ferguson intercepted the French trawlers about five miles off the coast to record what the boats were doing, alongside representatives from Jersey Fisheries officers and Jersey Coastguard.

David, a surfer who champions the preservation of the marine environment, said: ‘Knowing that the French vessels were beyond the three-mile limit and perfectly entitled to fish in this area legally, it was more of an exercise in seeing how large these vessels were in comparison to our local fleet.

‘It’s a well known fact that continuous dredging will completely decimate the ocean floor and the breeding grounds that go with it.

‘There simply has to be a better way of managing fisheries with our EU colleagues in and around our islands.’ 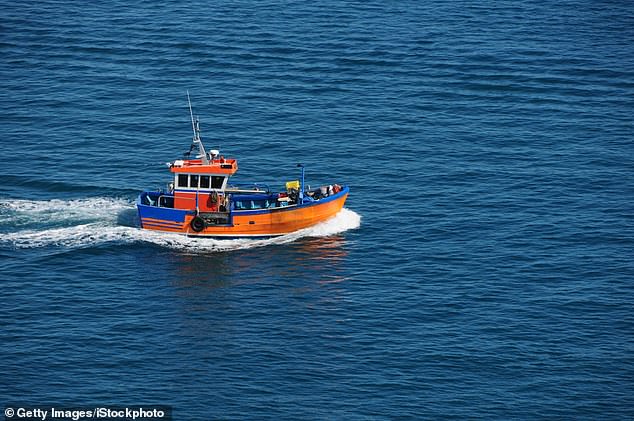 Local man Bob Tompkins said that the local boats were much smaller in size, and did less damage to the seabed than the larger French vessels.

He said: ‘If you’ve got 20m or 25m boats coming out of Granville – and these are really big, powerful boats – the equipment that they are dragging behind them is two or three times the size.

‘They can cover huge areas in a very short time and they really do hammer the ground.’

He added that there was ‘confusion’ about when the amnesty would end and said the French boats were ‘making hay while the sun shines’.

He continued: ‘The reason the French are hammering the ground now is because, chances are, many of the ones that are doing don’t have licenses anyway.

Charles Clover, the executive director of the Blue Marine Foundation, said: ‘The level of fishing effort by this fleet of big, powerful French boats is totally unsustainable and Jersey ministers need to manage it now or there will be nothing left for the domestic fleet to catch.

‘What is going on is unregulated and irresponsible and it needs to stop.’

Earlier this month Jersey fishermen blockaded the entrance to St Helier Harbour in a protest calling for government support after some skippers faced difficulty landing catches in Europe. 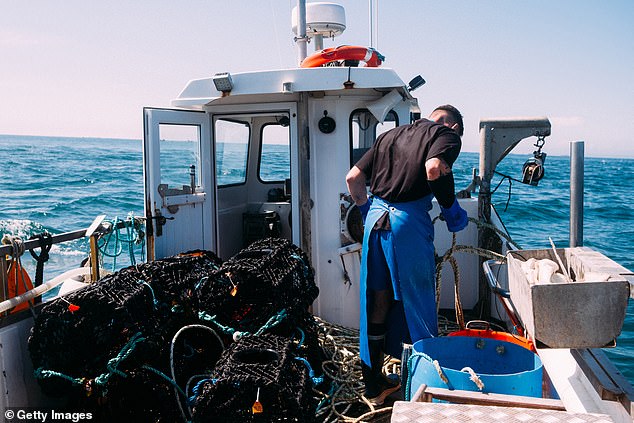 Islanders were watching radar images of the boats which circulated online, and one commented ‘I’m watching them live – decimating the sea bed’. Picture: Stock

Mr Clover said the Government of Jersey should manage fishing in its seas and set a ‘limit on [the] size of boats and engines allowed in Jersey waters’.

He said: ‘This is common practice in the UK and around the world and was the case in Jersey before the transition period.

‘These French boats are just filling a policy vacuum Jersey ministers have inadvertently created and which needs to be managed.

‘And ministers should definitely not be considering extending the amnesty period after April when this kind of annihilation fishing is going on.’

Environment Minister John Young said he had been assured that – with the exception of a single boat that was still being checked – all of the vessels spotted the other day had been verified as having the right to fish in the Island’s waters.

He said: ‘After the transitional period we will be bringing in measures to conserve stocks in the most sensitive areas.’