Jessica Alba turned heads on the red carpet with husband Cash Warren when they attended the Baby2Baby 10 year Gala at the Pacific Design Centre in Hollywood on Saturday.

The gorgeous dress boasted a quirky cut at the cleavage and showcased her toned  shoulders and arms. 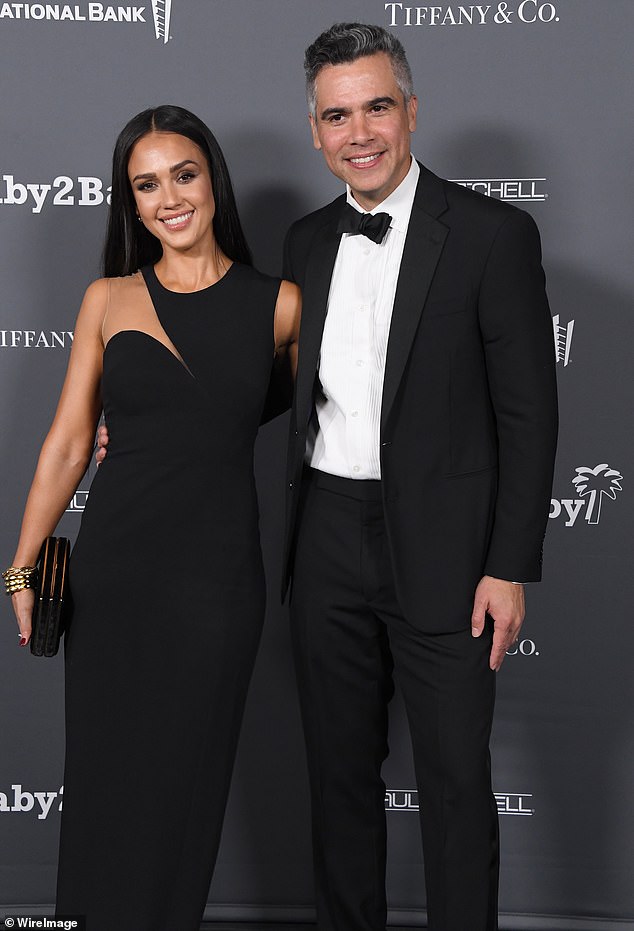 Happy couple:Jessica Alba turned heads on the red carpet with husband Cash Warren when they attended the Baby2Baby 10 year Gala at the Pacific Design Centre in Hollywood on Saturday

The classy number pinched slightly at the waist to highlight her svelte figure.

She opted to keep the jewellery minimal by just wearing a statement bangles on each arm.

Jessica went full glam with the make-up by choosing a brown smokey eye  with a detailed black eyeliner and mascara finish.

She opted for a soft pink gloss that accentuated her full sensual pout. 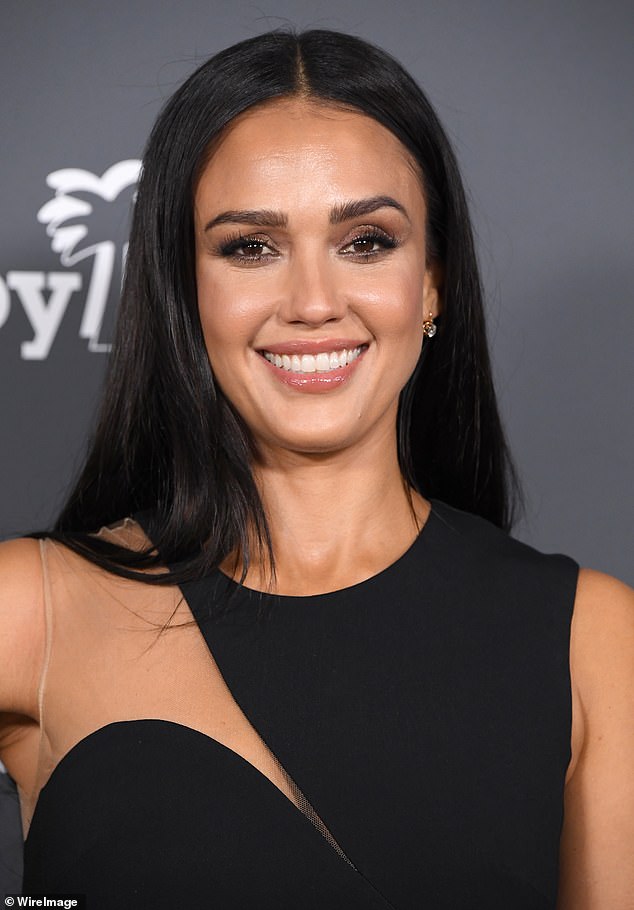 Glamour: Jessica showcased her radiant complexion as she posed up  a storm

She finished her stunning look by wearing her tresses in a classic middle part and allowing her long hair to fall loosely over her shoulders.

She was joined by her husband film producer Cash Warren, who looked equally as stylish in a black tuxedo and bow tie which her paired with a crisp white shirt.

The couple were joined by a host of stars at Pacific Design Centre on Melrose Avenue for the Baby2Baby 10th anniversary gala.

Kobe Bryant’s widow Vanessa is the guest of honour at the fete where she will be presented with the Giving Tree Award.

Baby2Baby Co-CEOs Norah Weinstein and Kelly Sawyer Patricof previously spoke to People and told the media outlet that they were happy to be able to honor the model during the gala.

‘We are so proud to announce Vanessa Bryant as this year’s honouree at a time when it’s even more critical for us to come together for the children we serve because of the impact of the pandemic on families in poverty,’ they said.

Although the social media personality had been involved with the group for an extended period of time, they highlighted her under-the-radar dedication to philanthropy.

‘It has been the behind the scenes generosity toward the children in our program with no fanfare or attention that makes [Bryant] the perfect embodiment of the Giving Tree Award,’ they said.

She is following in the footsteps of previous celebrity honourees which includes Oscar  Gwyneth Paltrow, per the Baby2Baby website. 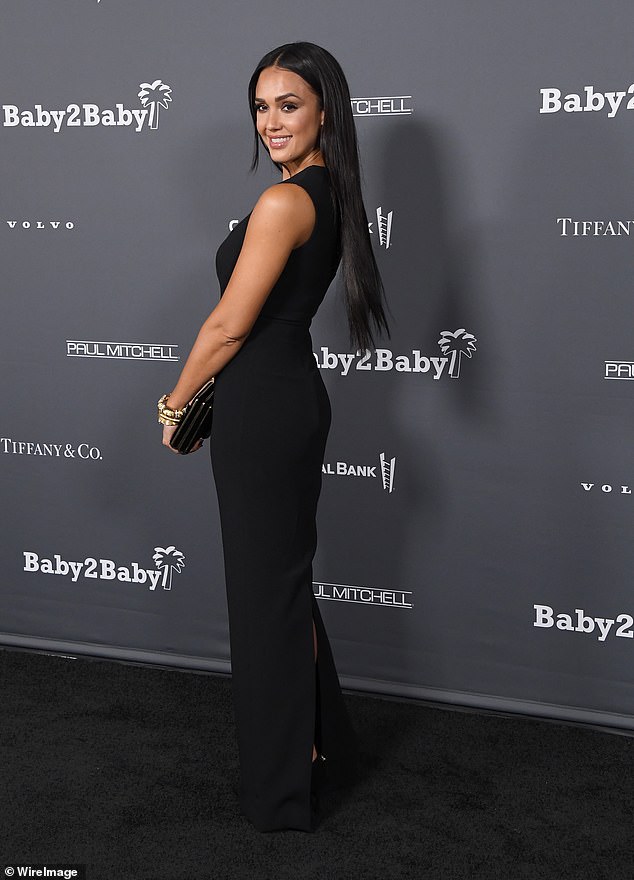 Honouree: The actress has been a previous  recipient of the Giving Tree Award

A negative COVID-19 test plus proof of vaccination are allegedly required for entry, according to the blog Average Socialite.

The Hollywood Boulevard bar The Spare Room, located a stone’s throw from the famed TCL Chinese Theatre, will be providing custom cocktails.

Several local restaurants are also lending their talents to the bash including Baadmash, Guelaguetza, Konbi and the celebrity hot spot Craig’s.

The famous McConnell’s Fine Ice Creams, whose famous fans include Barbra Streisand, will be one of the establishments contributing to the desserts. 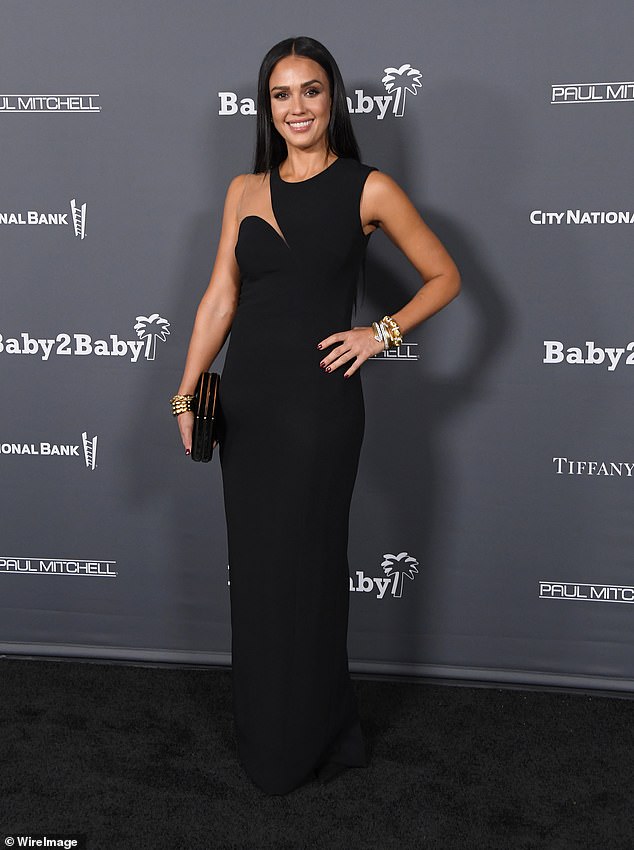 Stunning: Jessica was joined on the red carpet by a host of stars including Hilary Duff and Camila Morrone

Presiding over the food and drink will be the smash hit hospitality duo of Jon Shook and Vinny Dotolo, whose restaurants include Jon & Vinny’s.

Baby2Baby is a Los Angeles-based charity whose aim is to get essential goods like diapers and clothes to underprivileged children.

Its board of directors includes but is not limited to a number of famous figures like Nicole Richie, Rachel Zoe, Kelly Rowland and Julie Bowen.

Gemma Grede, who helped co-found Good American with Khloe Kardashian, is also one of the members of the board. 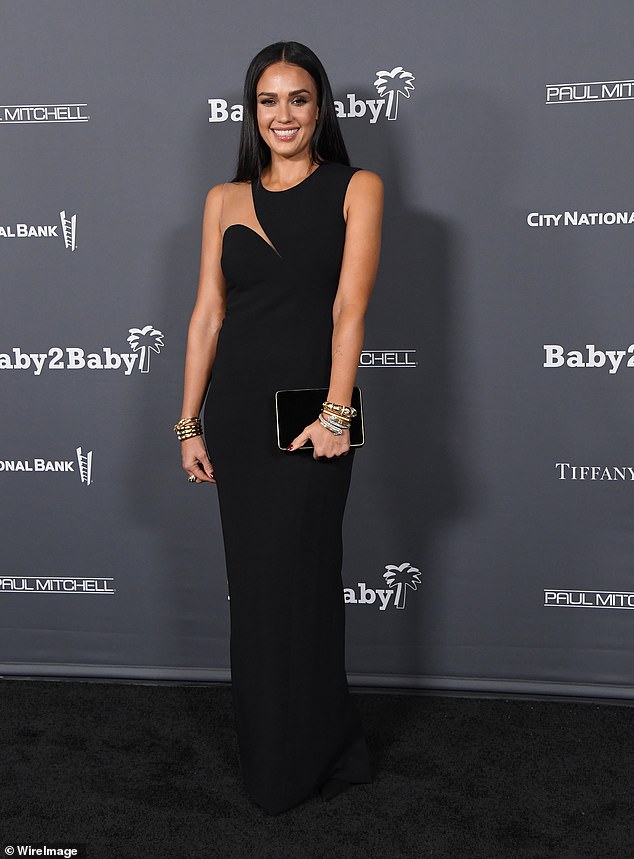