By Callum Wells For Mailonline


She’s a body positivity advocate who champions women who embrace their curves.

And Honey Ross showed off her latest fashion look in a radiant mirror selfie on Instagram on Wednesday.

Donning a bright orange babydoll dress, the 24-year-old flashed her legs in the eye-catching number, which she accessorised with a black textured handbag. 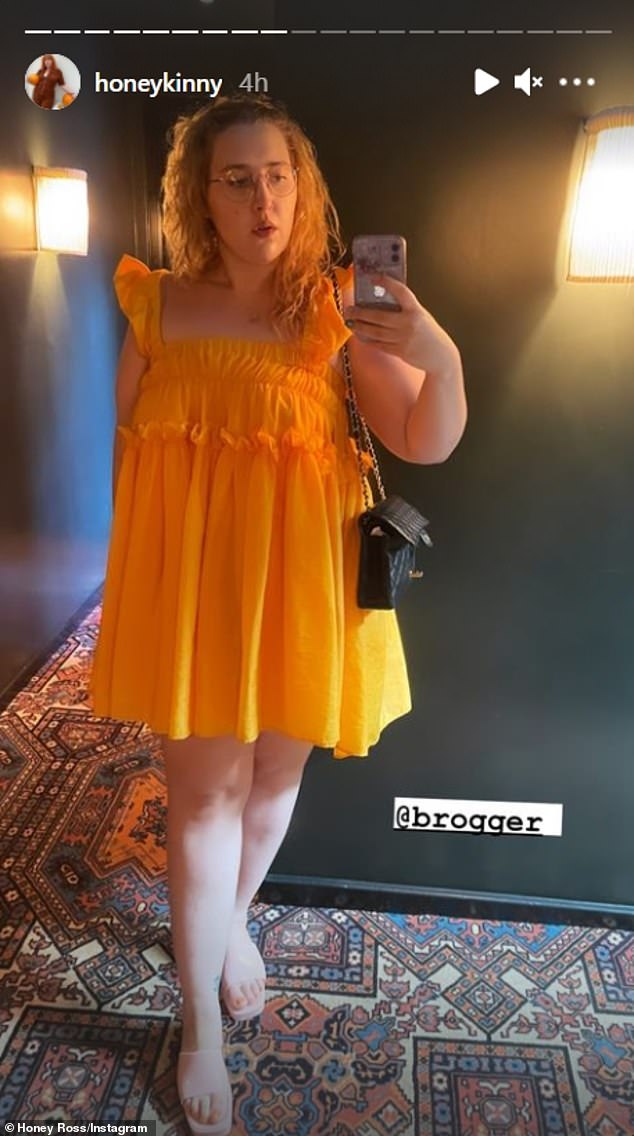 Co-ordinating her damp wavy tangerine locks with the £810 Brogger dress, the daughter of chat show host Jonathan Ross sported a pair of round glasses and kept her makeup to a minimum.

The influencer elevated her height in a pair of pale pink heels and shot a pout towards herself in the mirror.

Honey recently came close to a wardrobe malfunction as she shared a slew of snaps in a low-cut gingham dress on Tuesday.

Putting on a very busty display in the ensemble, she sipped on orange wine at the bar Silver Lining. 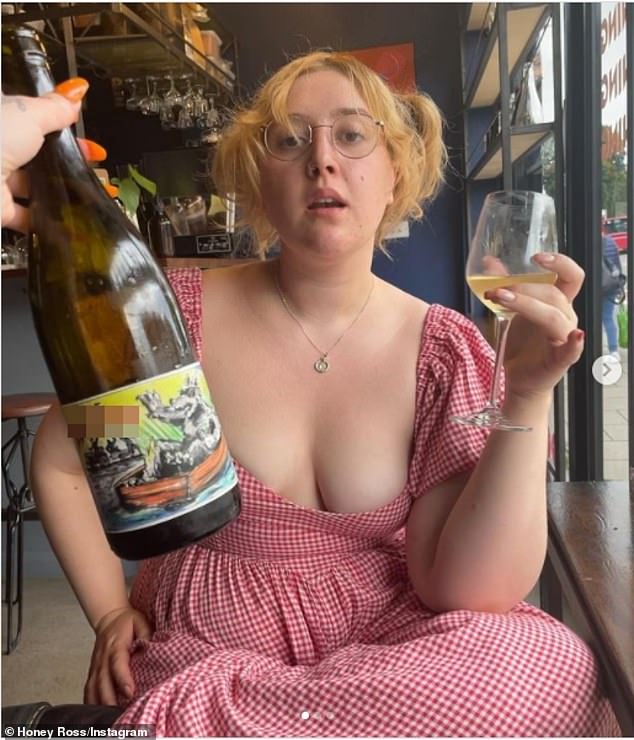 Pour it up: Honey put on a busty display in a gingham summer dress as she sipped on orange wine at Silver Lining in London

She was joined by a friend in the East London hotspot, and the pair appeared to be in good spirits in the shots.

In the first of the three snaps, Honey posed up a storm with her orange wine in her hand while her friend offered up a closer look at the bottle, which was cheekily named Little B*****d’.

In another photo, the pair larked around for the camera, with Honey placing her hand under her chin as she beamed broadly. 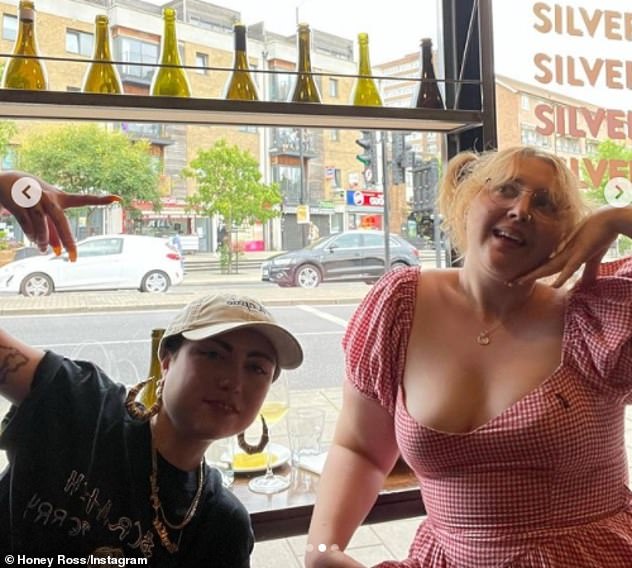 Good times: Honey (right), who is the daughter of TV presenter Jonathan Ross, was joined by a friend (left) in the East London hotspot, and the pair looked in good spirits in the snaps

Honey was not joined by her boyfriend Zane Saz on the outing, after she shared a raunchy picture with Zane’s hand down her skirt.

In the image shared with her Instagram followers, Honey teased her midriff in a baby blue and white floral crop top and skirt. 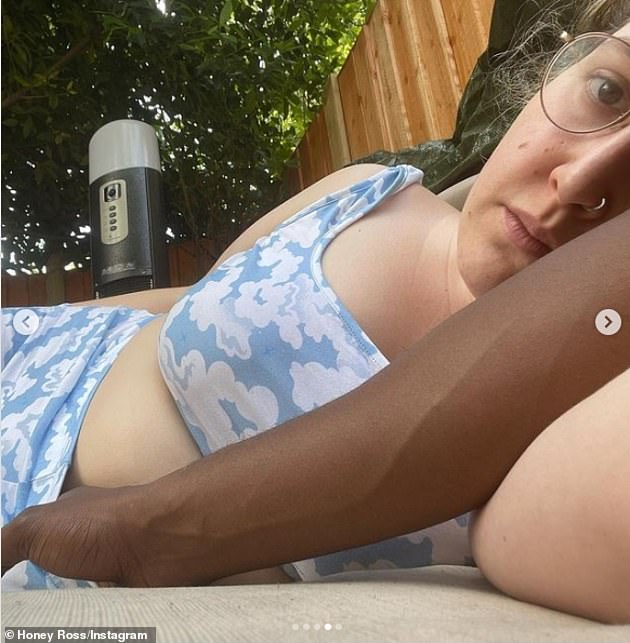 Cheeky: The post comes after last month Honey posted an image with her boyfriend Zane Saz’s hand down her skirt

She explained that men would frequently try to chat her up on social media, but would never do the same offline.

‘Strangers and mutuals alike are privately trying to get my attention. But note the word “privately”: most of these men who message and follow me would never publicly like or comment on my pictures.’

She believed that being attracted to someone who’s ‘fat’ is still seen as taboo – branding men’s desire for larger bodies as ‘their dirty secret’.