Jose Mourinho tells Harry Kane he should be happy at Tottenham, not looking for a big-money move away, with a cup final and a Premier League ‘fight’ to come… but vows ‘not to play that game’ over discussing an exit

Jose Mourinho has insisted Harry Kane ‘has to be happy’ at Tottenham despite the club’s struggles this season.

Spurs crashed out of the Europa League in embarrassing fashion after losing to Dinamo Zagreb and are flailing in a dogfight to secure European football.

With his team continuing to underperform, Kane has been heavily tipped to leave this summer – but Mourinho says his talisman still has plenty to look forward to. 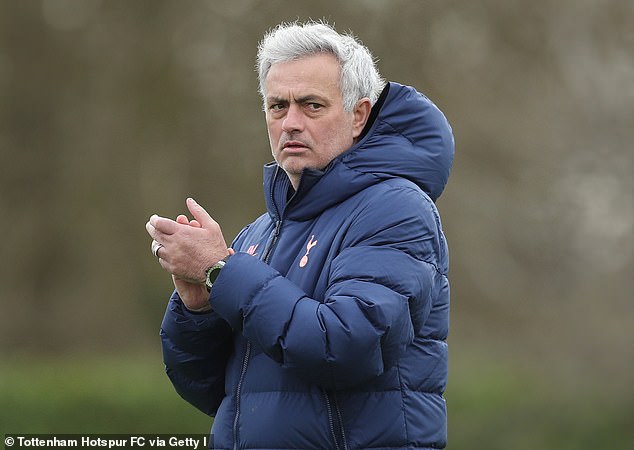 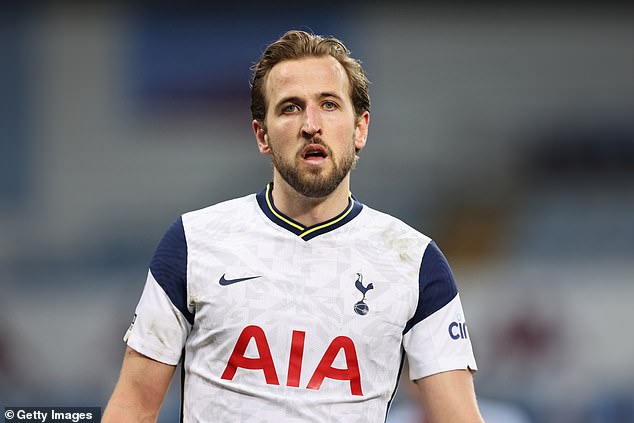 He said: ‘Ahead of him he has nice challenges: a final to play, Premier League to fight for every point and the Euros, and the possibility to play a final at Wembley.

‘He has to be happy with the moment.’

Mourinho refused to be drawn further into the speculation surrounding Kane, however, and stated ‘I cannot play that game’.

‘I have to focus on what he is for us,’ Mourinho added. ‘Of course I’m always pleased with my players when they go to international games but I cannot play that game.’