The 24-year-old reality television personality – whose parents are Playboy model Jessica Canseco and former baseball player Jose Canseco – was seen showing off her eye-catching physique while sporting a very revealing outfit as she made her way towards the singer’s event.

The model’s appearance comes not long after she shared a set of shots that had been taken during her recent tropical getaway. 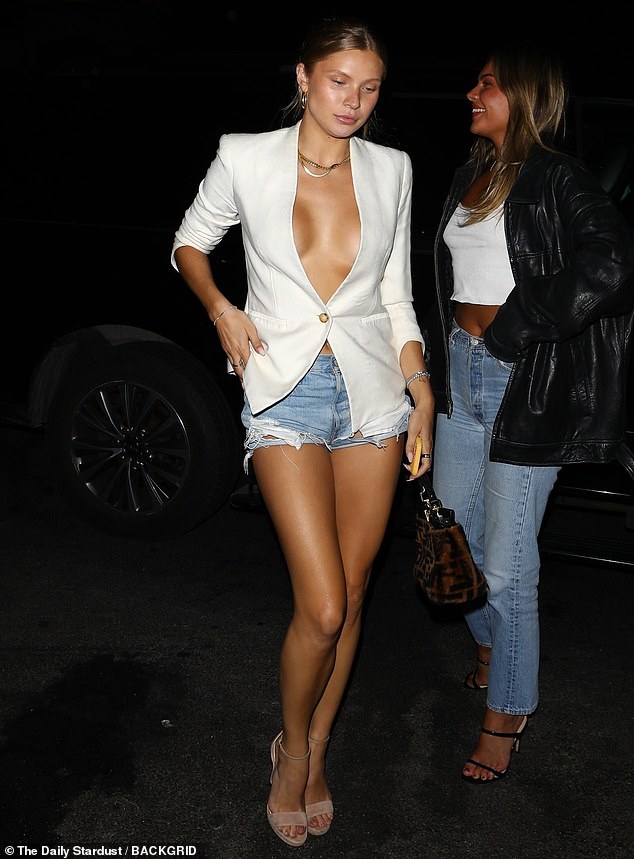 No shirt, no problem; Josie Canseco was seen going shirtless while arriving at Lexi Jayde’s birthday party in Los Angeles on Wednesday evening

Canseco – who used to date Logan Paul – was dressed in a sleek white jacket that exposed the middle portion of her chest and left little to the imagination during the event.

She also wore several pieces of jewelry to the party and rocked a set of light beige high-heeled shoes.

Her beautiful blonde locks remained tied back in a loose bun for the length of the event. 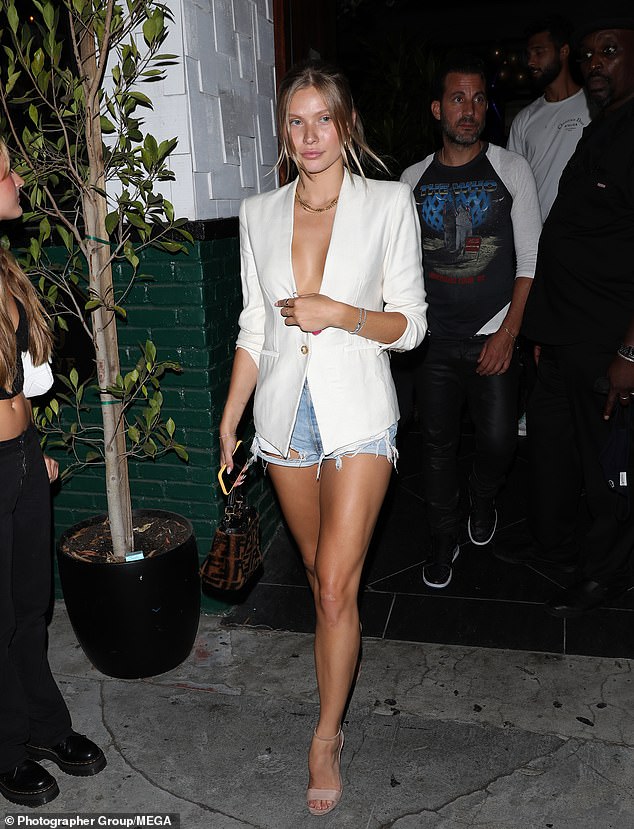 Eye-catching ensemble: The model was seen wearing a sleek white jacket with pulled-up sleeves during the celebratory event

Looking good! The social media personality also sported several articles of jewelry and light beige high-heeled shoes. Her gorgeous blonde hair was pulled back into a loose bun during the event

Prior to arriving at the event, Canseco took to her Instagram account to share several snaps that had been taken during her recent getaway to Tulum, Mexico.

In the first of her shots, the model was seen standing in front of what appeared to be a cenote filled with emerald-green water.

She sported a white bikini top and a matching bottom that offered her 1.2 million followers a prime look at her toned physique.

Her blonde locks remained free-flowing and complimented the light shade of her swimsuit in the shot. 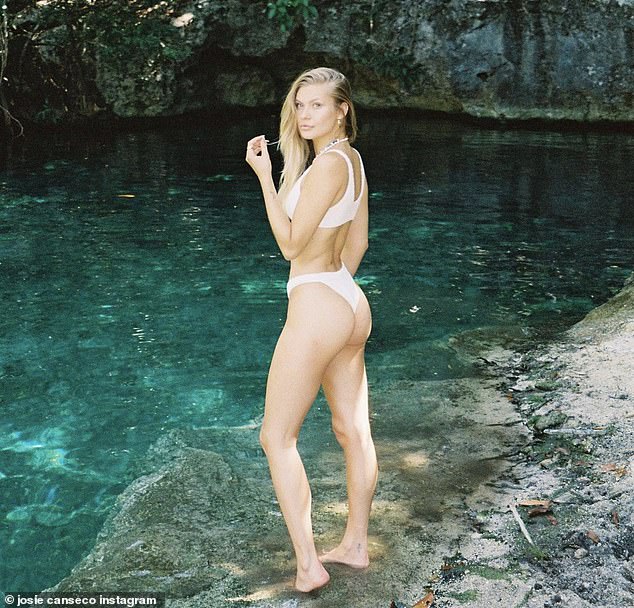 Looking back: Canseco shared several photos that had been taken during her vacation to Tulum, Mexico on her Instagram account on Wednesday

Canseco was notably seen spending quality time with her friends in several of the photos from the set.

One of the shots showed her group sitting around a table and enjoying each other’s company while visiting a wine bar.

The social media personality was also seen embarking on a paddle-boarding trip with several of her pals. 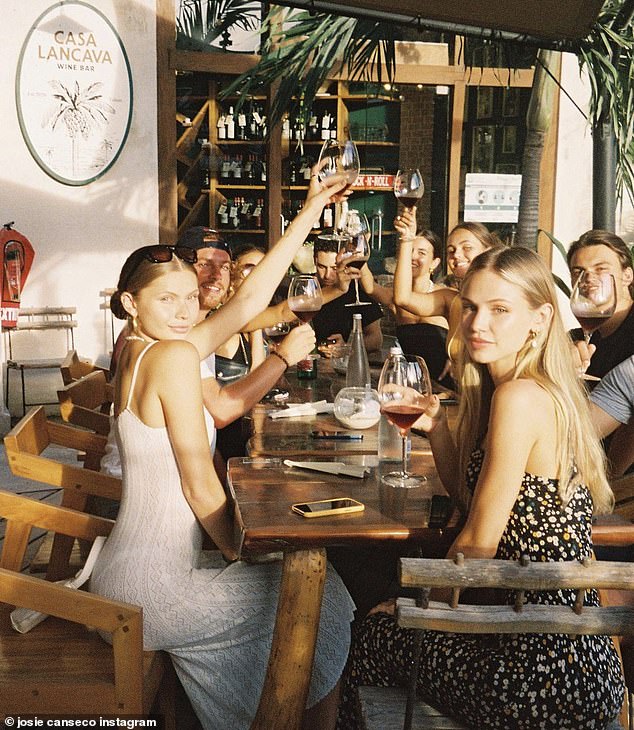 Better with friends: Several of the social media personality’s shots showed her spending time with her pals 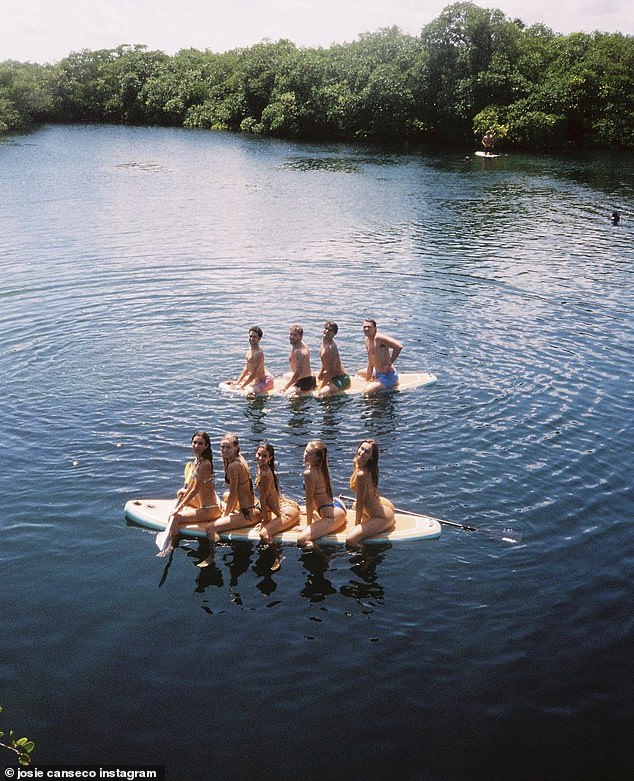 Fun in the sun: One of the model’s shots showed her on a paddleboarding trip with several of her friends

The model notably included several solo shots of herself that had been taken during her time in the jungles of the Yucatan Peninsula.

One of the snaps showed her gazing at the camera while sitting in the middle of a tree-filled portion of the jungle.

She notably wrote a message directed at her pals in the post’s caption, which read: ‘I love you so much.’ 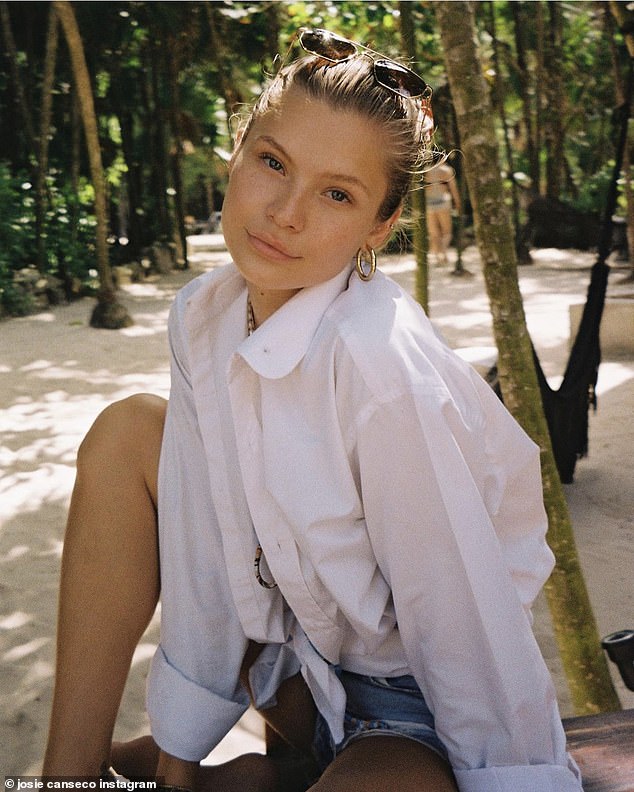 Best wishes: Canseco also wrote a brief message directed at her friends in the post’s caption that read ‘I love you so much’