The singer, 27, wore a white jacket decorated with a yellow face which had ‘drew’ written in place of the smile. On the opposite side of the jacket was a face shaped and colored like planet Earth.

He wore a white shirt underneath the pristine jacket. His sweatpants, also white, read ‘drew’ on the right leg. 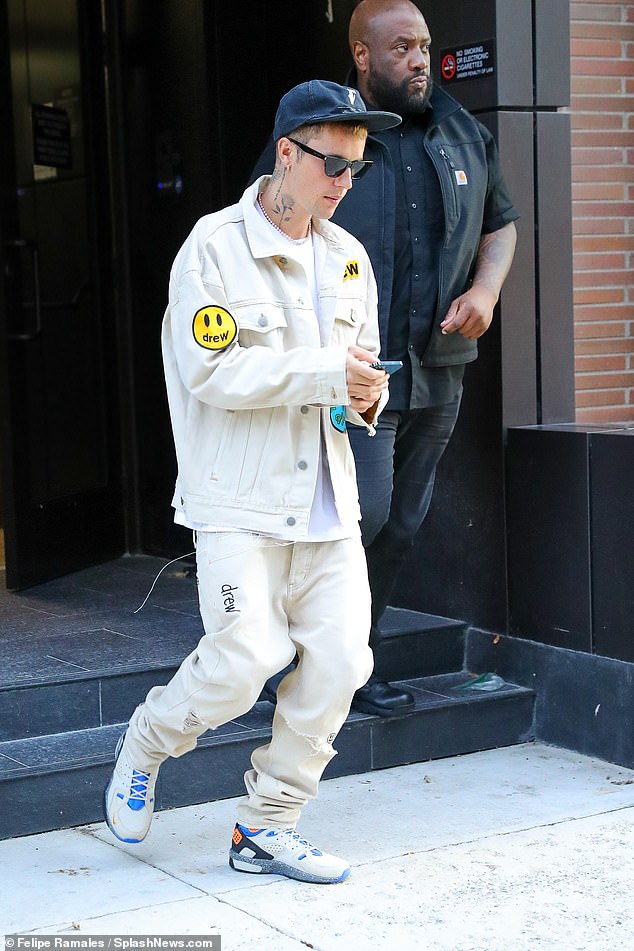 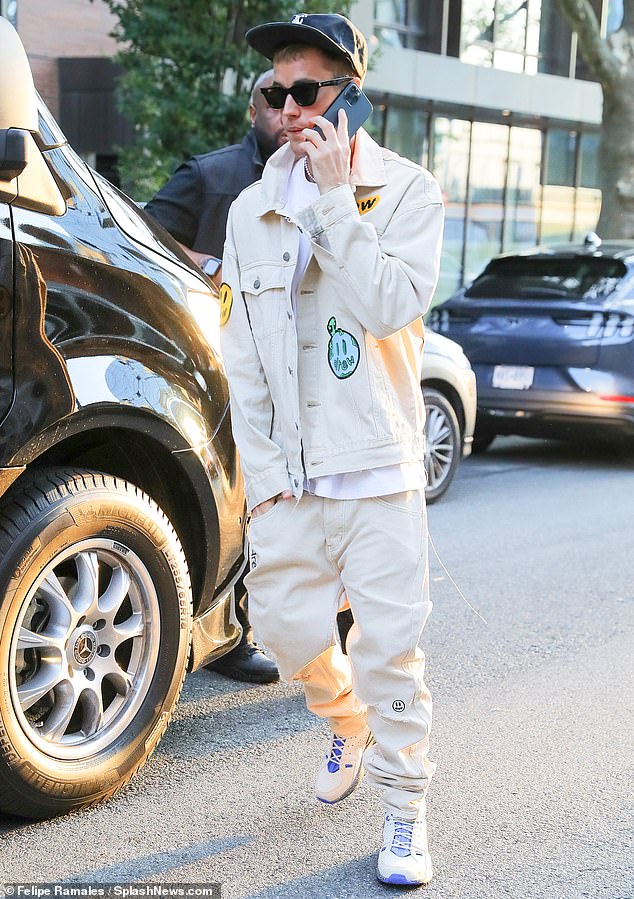 Not totally monochromatic: Bieber wore a black hat to offset his all-white outfit

The Baby singer deviated from the mainly monochromatic look by wearing a black ball cap.

Bieber’s appearance in New York comes just days after he announced that he will star in an Amazon Prime documentary titled Justin Bieber: Our World.

The movie will showcase the lead up to the Peaches singer’s first concert in three years. 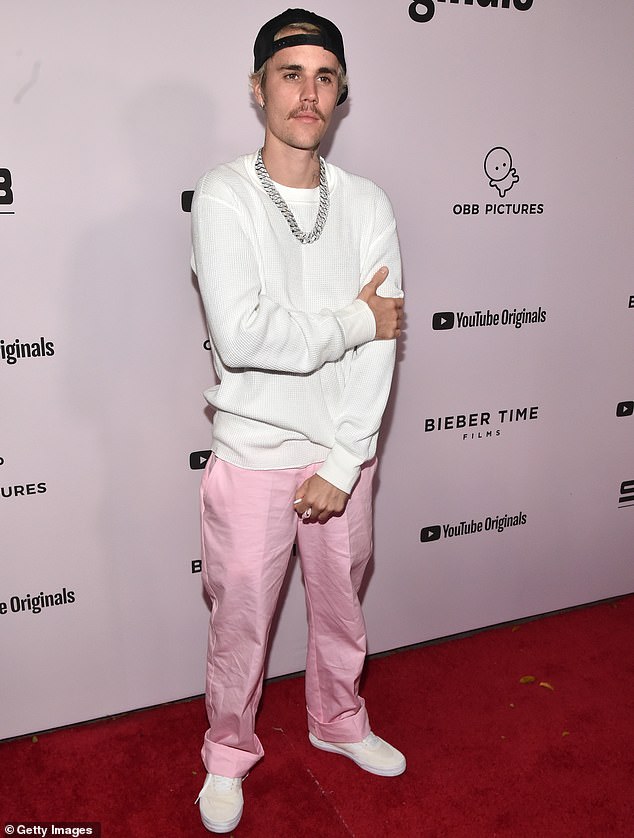 Documented: The singer, pictured in 2020, announced he will be the subject of an upcoming Amazon Prime documentary 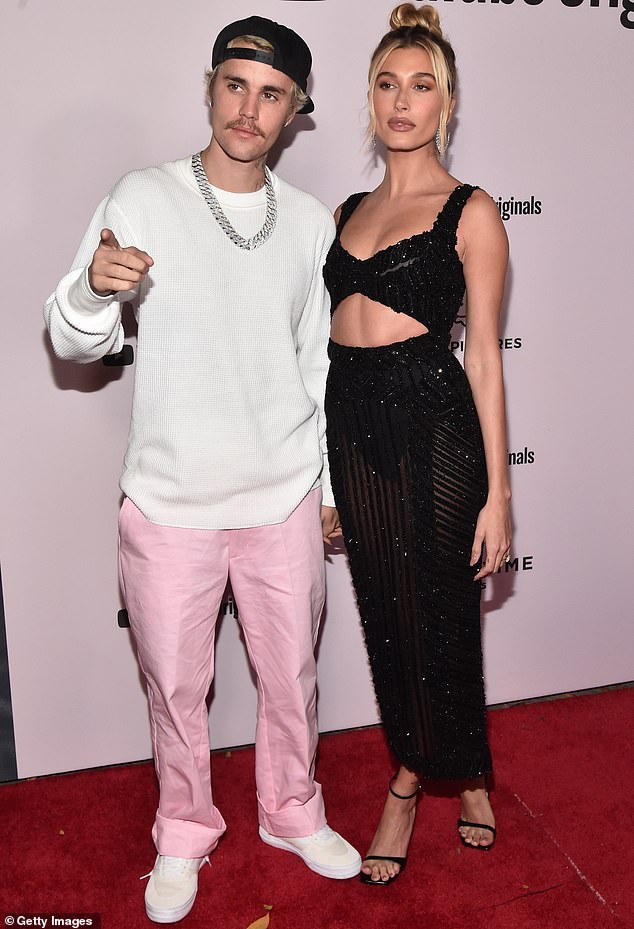 New music rolled out: The artist released a single featuring Skrillex and Don Toliver on August 20

The singer gave a live-streamed performance on New Year’s Eve, 2020, on the rooftop of the Beverly Hilton in Los Angeles which will serve as the subject for the film.

He’d already released an album, Justice, in April of this year which has been certified platinum by the Recording Industry Association of America.

The international super star will also perform at this Sunday’s MTV Video Music Awards for the first time in six years. 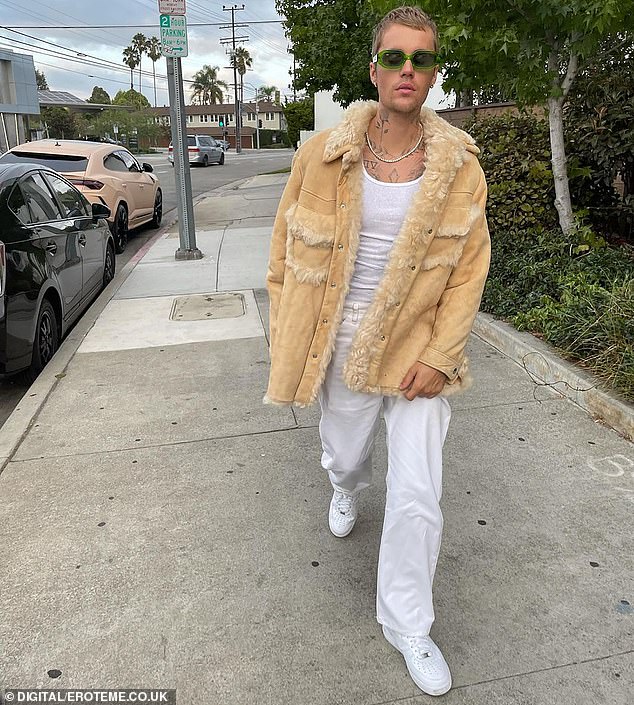 Back at the VMAs: Justin Bieber will perform at the Video Music Awards for the first time in six years 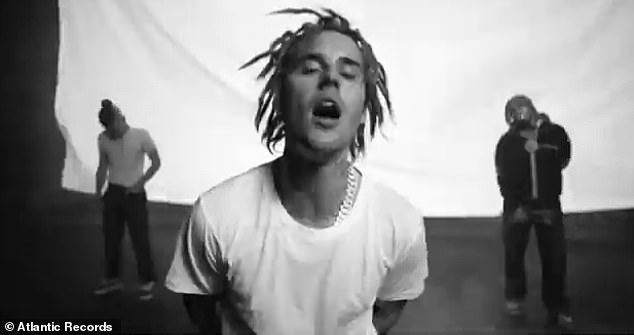 Multi-nominee: The Yummy hitmaker leads VMA nominations with nods in three of the top categories

The last time the husband of Hailey Bieber played the iconic awards show was in 2015 when he performed his popular hit What Do You Mean?.

This weekend, the Yummy hitmaker leads the nominations, with nods in three of the top categories, including Video of the Year, Artist of the Year, and Best Pop.

Justin starred in the music video for the DJ Khaled and Drake track Popstar, which is nominated for Video of the Year and Best Direction, while Peaches – which features Daniel Caesar and Giveon – is up for Best Collaboration, Best Pop, and Best Editing.

His final nomination comes in the Best Cinematography category, where Holy – his track with Chance The Rapper – is nominated.