By Niomi Harris For Mailonline


EastEnders star Kellie Bright has given birth to her third child with husband Paul Stoker.

The actress, 45, who plays Linda Carter in the BBC soap, revealed the happy news to OK! magazine, telling the publication: ‘We’re thrilled to announce the safe arrival of the latest addition to our family. Mum and baby are doing well.’

Kellie, who announced that she was expecting her ‘miracle’ third baby in March after undergoing a frozen embryo transfer, already shares sons Freddy, nine, and Gene, four, with Paul. 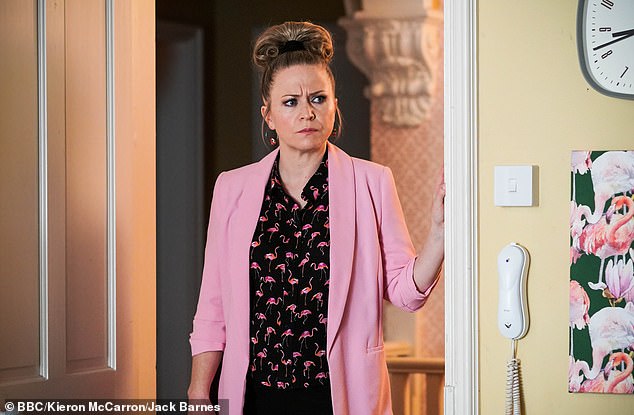 Kellie previously fired back at criticism for having a baby at the age of 44 [now 45], saying ‘no one would bat an eyelid’ if she was a man.

Speaking to OK! magazine in a previous interview, Kellie noted her husband is several years younger than her and so has the energy to run after the kids.

She said: ‘First of all, if I was a man having my third child at 44, no one would bat an eyelid. Don’t forget my husband is much younger than me.

‘He’s in his thirties, so he’s still running around after the kids, which is great. We met when I was 31 and I didn’t want to jump straight into having kids.’

Kellie said she would have finished having babies at the end of her thirties if she had the chance to map out a perfect life.

Jennifer Lopez bundles up in beanie, hoodie and jacket while filming The Mother in Squamish, Canada

Jennifer Lopez bundles up in beanie, hoodie and jacket while filming...

Krystal Hipwell furiously hits back at a troll after having her...

Jason Momoa reveals one specific scene in Dune was a nod...

Jennifer Lopez bundles up in beanie, hoodie and jacket while filming...

Krystal Hipwell furiously hits back at a troll after having her...