After being forced to stop performing amid fears of a dangerous virus, LeAnn Rimes has revealed she grappled with ‘heavy depression’ during the COVID-19 lockdown.

In an interview with the Verywell Mind Podcast, LeAnn recounted the depression that set in after the world shut down last year.

LeAnn, 38, who has spent a lifetime performing, initially struggled as she lost her sense of job security and faced real fears of being infected with coronavirus. 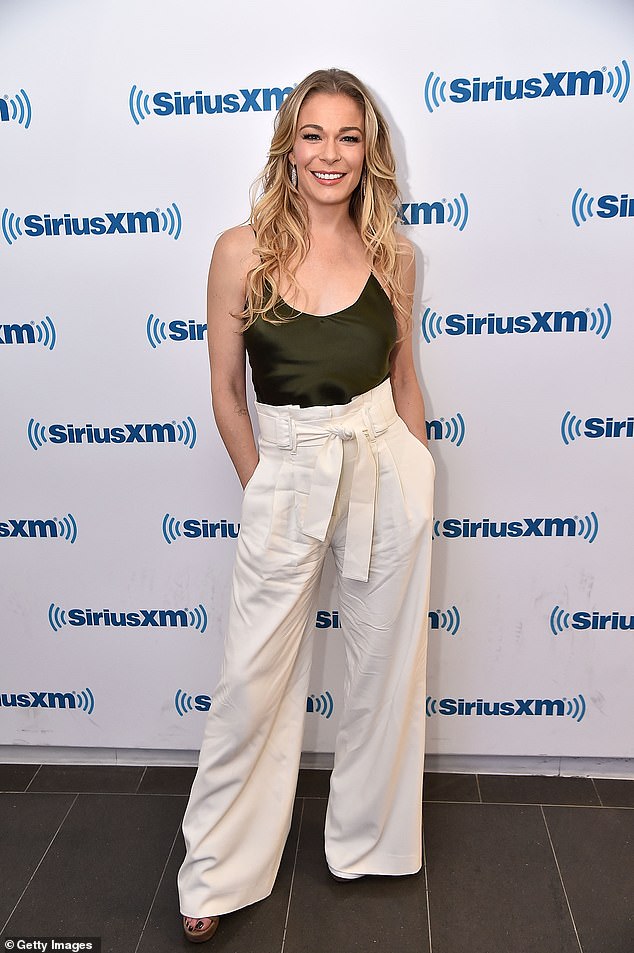 ‘I was terrified as everyone else’: LeAnn Rimes has revealed she grappled with ‘heavy depression’ during the COVID-19 lockdown (pictured 2018)

‘I have my whole life, on the road, I’ve never had this much time at home,’ she said. ‘Like my nervous system was just like, “What are we doing?” Even though I meditate and do all the things like I’m still, there was still this kind of energy that’s always on.

‘That really kind of is my baseline. So, when that got taken away, the false security of having a job my whole life, like having all the things removed and I was terrified as everyone else, including feeling like you’re going to walk out your door and die.

‘[I had] some pretty heavy depression, but I’ve now come out of it. And the upside of that, which has been good. [It helps to get] a different perspective, because sometimes we can be in our own world and not be able to step out of it. So, I’ve always found that therapy definitely helps with that.’

‘It’s not about an end game. It’s like, this is the human journey.’ 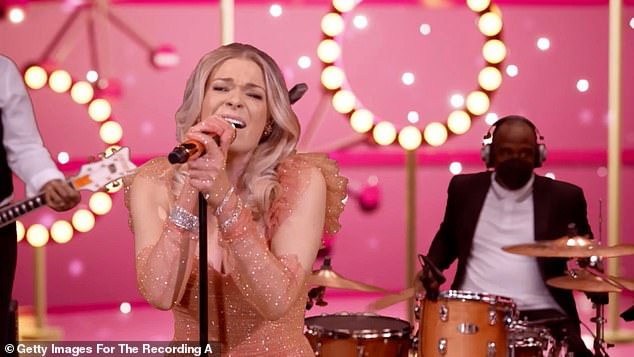 LeAnn eventually overcame her depression and recently returned to the stage for her first post-lockdown show, which she described as being an overwhelming experience.

‘I don’t think I’ve ever been off the road for 16 months like this at one point for a solid period of time. I went back out to do my first show recently in front of thousands of people. I was so triggered,’ she said.

Despite the intense feeling, LeAnn said being back on stage came easily to her. 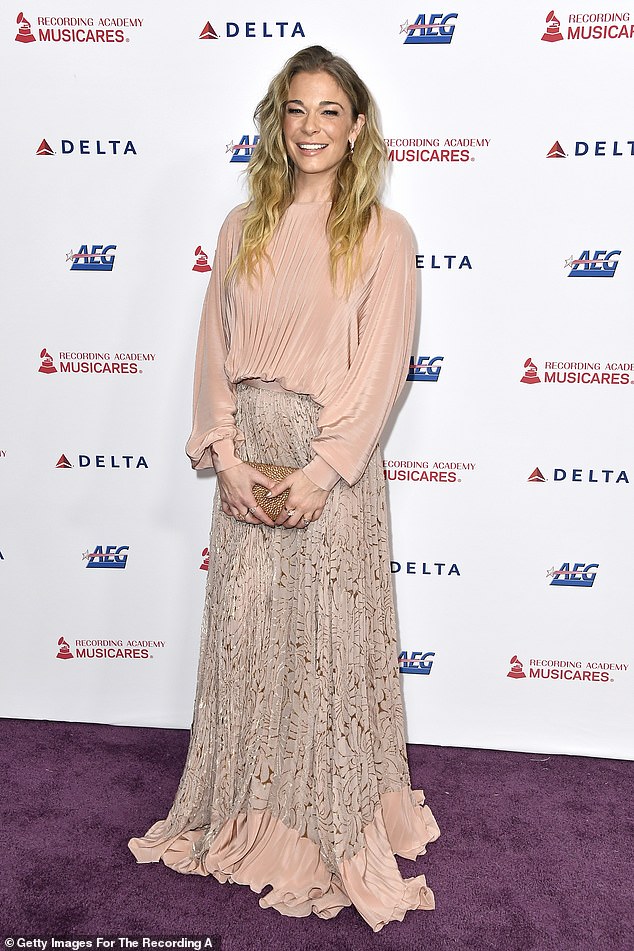 ‘It’s like riding a bike’: Despite the intense feeling, LeAnn said being back on stage came easily to her (pictured January 2020) 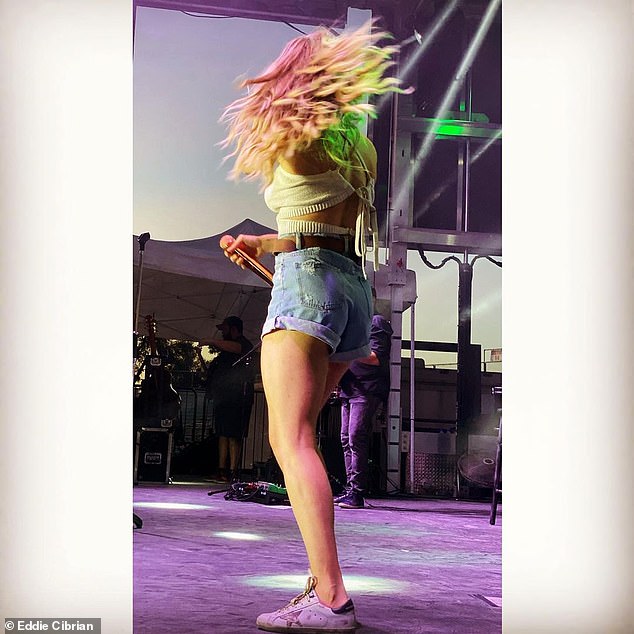 ‘My heart is full’: Rimes gushed about her first full band show in more than a year back in July

‘I’m like, oh my God, the experience that I’m having right now is so intense. And it was also like, nothing happened. I walked out, it’s like riding a bike, it didn’t feel like there were 16 months in between.

‘I recognized when I went out, how unhealthy some of this [was]. I’m like, this is not the normal experience that I’m supposed to be having. And I’ve been having this heightened, energetic experience for my whole life.’

After a virtual show back in December 2020, LeAnn performed for fans in Logan, Utah on July 2, 2020. She has shows planned through October. 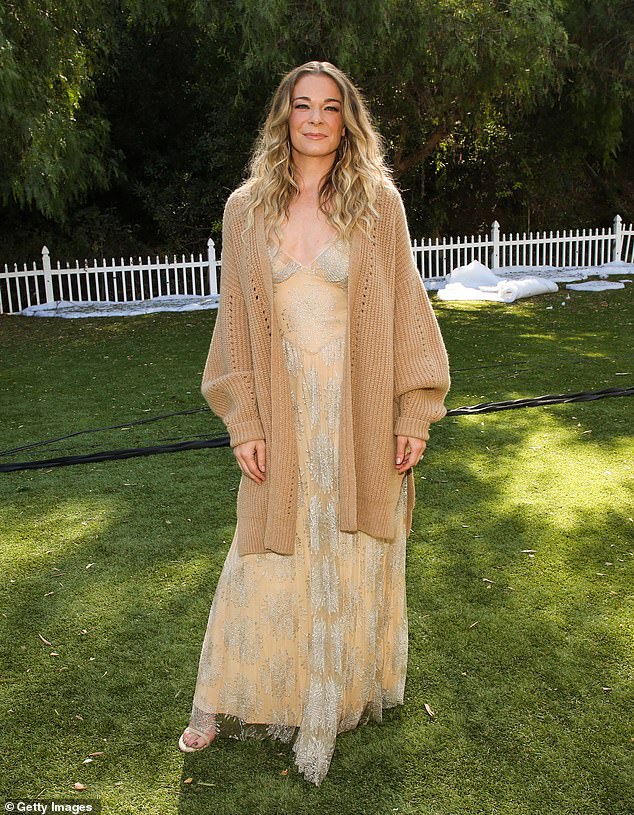 Singing sensation: Rimes was just a teenager when she released her debut studio album Blue in 1996, which soared to the third spot on the Billboard 200

The songstress gushed about her first ‘full band show’ in over a year as she returned to the stage last month.

‘Hair. Legs. Heart. The best band and crew… The sweetest crowd… 1st full band show in 16 months. WOW. My heart is full, and that was a workout!’ she gushed in the caption.

LeAnn was just 13-years-old when she released her hit country track Blue in 1996. Her debut album of the same name soared to the third spot on the Billboard 200.

In 1997 she won a Grammy for Best New Artist and Best Female Country Vocal Performance for Blue. 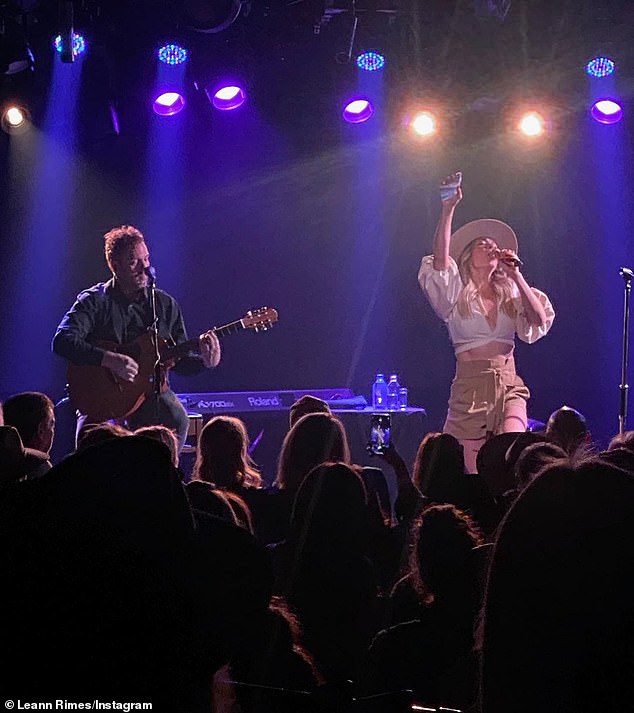 Sing it! Rimes shared this snap from one of her recent performances on her Instagram