Little Mix have marked their ten year anniversary with a new single, Between Us.

The girl group, who propelled to fame after winning X Factor in 2011, wanted to celebrate ‘friendship and sisterhood and their amazing relationship with their fans’ in the stunning emotional ballad.

Released on Friday, this is the fourth track that the band has released as a trio, following Jesy Nelson’s departure in December 2020. 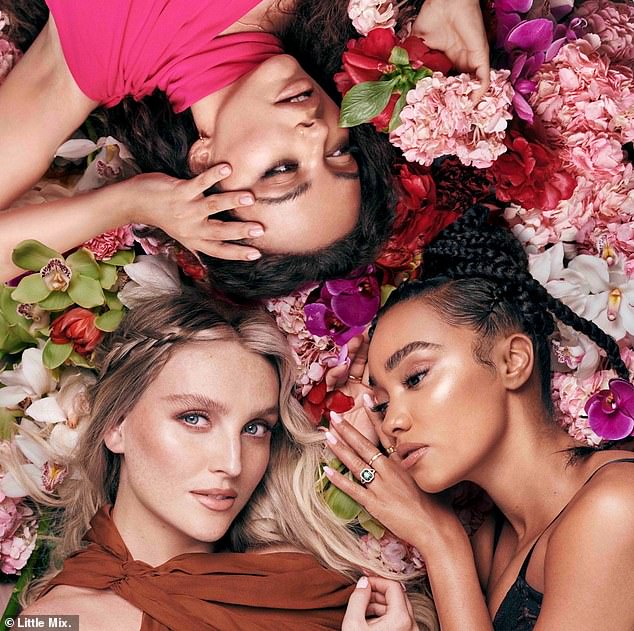 Fan favourite: Little Mix marked ten years of ‘friendship and sisterhood’ with their new single Between Us, released on Friday

The song, taken from their upcoming album of the same name, was written by members Jade Thirlwall, Leigh-Anne Pinnock and Perrie Edwards, alongside MNEK, Tre Jean-Marie and Janee ‘Jin Jin’ Bennet.

Perrie, 28, said: ‘Between Us is basically the song that we’re never going to be able to get through live! We’re going to be in floods of tears in front of everyone. It’s just such a cute stunning song, I love it so much.’

Leigh-Anne chimed: ‘I love how we reference Little Mix songs in the lyrics. We feel each other’s emotions 24/7, we’ve gone through everything together. It’s about ten years of friendship and sisterhood and our amazing relationship with our fans.’ 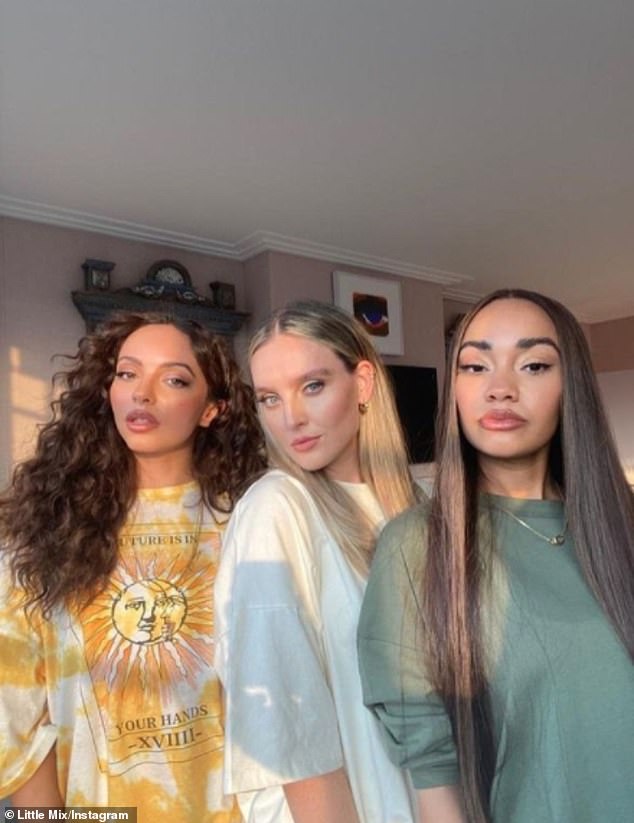 One of the girls’ earliest singles, Wings, is mentioned in the second verse, alongside songs Bounce Back and Power: ‘Remember the day when we finally found our wings? It changed our lives, gave us power to do anything and any time they break us down, we bounce back, every track, had your back.’

Jade added: ‘It’s one of those songs that anyone can listen to and think of someone that they truly love. It’s nice that we’re gonna have this song forever.’

The band have been celebrating ten years of Little Mix and announced they will be releasing a new album Between Us on November 12th. 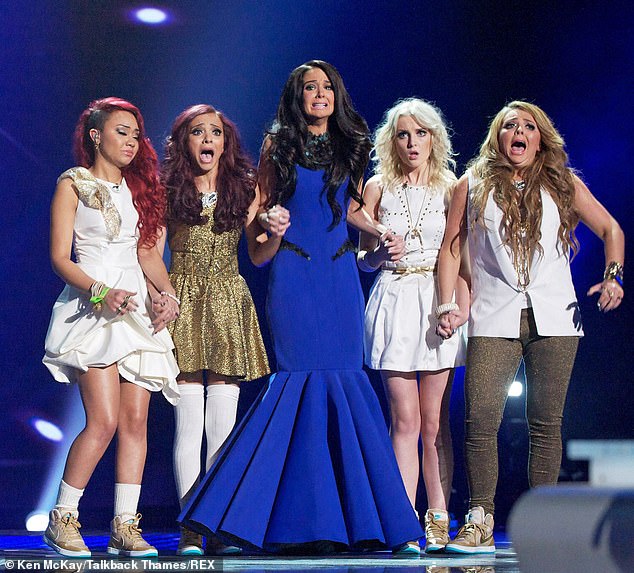 Come a long way: The girl group propelled to fame after winning X Factor in 2011 and Between Us is the fourth track that the band has released as a trio, following Jesy Nelson’s departure in December 2020 (Jesy pictured left with the girls in 2011)

The album is a celebration of a decade of global hits from a record-breaking pop band.

All of their biggest hits are featured on the album including their number one singles Wings, Black Magic, Shout Out To My Ex and Sweet Melody.

They feature alongside major tunes such as Touch, Move, Power, Salute and their latest smash collaboration with Galantis and David Guetta – Heartbreak Anthem –  which has so far been streamed over 400 million times.

Their upcoming album will also feature five brand new sensational songs that the trio have been working on over the last few months, bringing their decade of chart smashes bang up to date.

2021 has proved to be a record-breaking year so far for the band. Earlier this year Little Mix won ‘Best British Group’ at the 2021 BRIT Awards, the first female group in history to ever win the award. 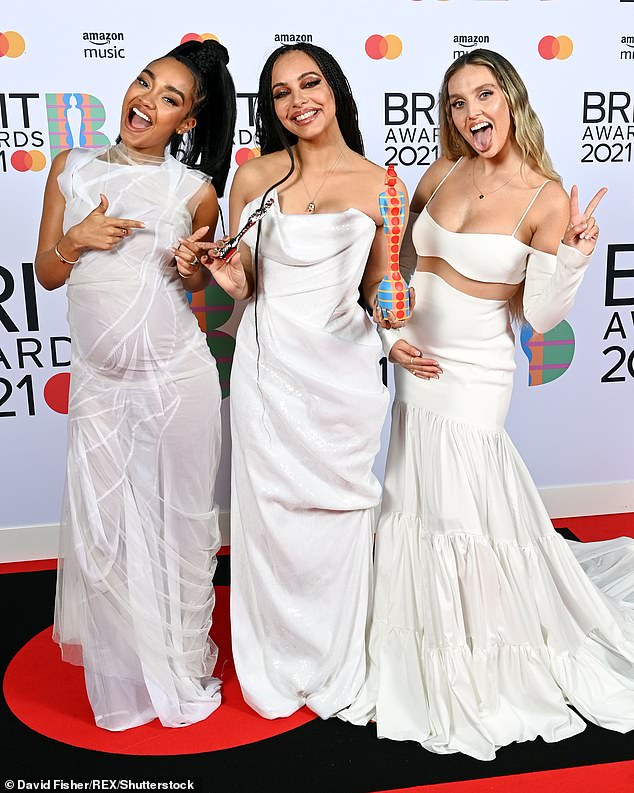 Celebration: Earlier this year Little Mix won ‘Best British Group’ at the 2021 BRIT Awards, the first female group in history to ever win the award (pictured in May)

This August saw the girls celebrate 100 weeks in the Official UK Singles Chart Top 10, the most for a girl band in history.

Their 6th album ‘Confetti’ spawned four hit singles and had track sales of over 4 million.

2022 will see the band finally hit the road with their highly anticipated Confetti Tour gracing arenas across the UK and Ireland. 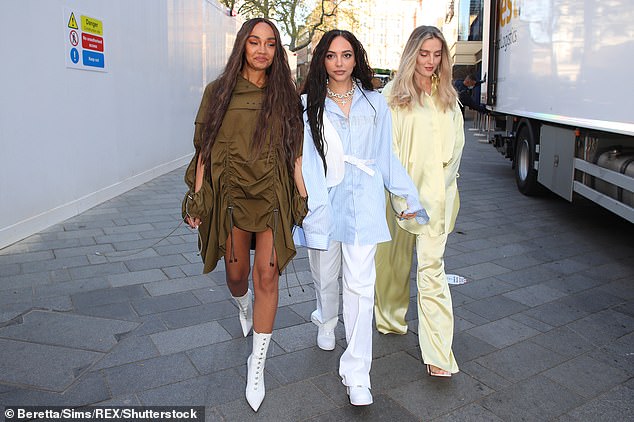 Exciting: 2022 will see the band finally hit the road with their highly anticipated Confetti Tour gracing arenas across the UK and Ireland (pictured in April)