Like many parts of London during the Second World War, Vincent Street in Westminster was turned to rubble following a direct hit during the Blitz that destroyed a row of mews houses.

The area, just a short walk from the Houses of Parliament, remained a bombed-out site for 40 years until it was eventually redeveloped into sheltered housing in the 1980s – and, remarkably, two fireplaces remain.

These photographs show how one of the stone hearths on the street still looks almost perfectly intact with its metal grate, having stood there without its house for 80 years since the German bombing campaign.

The old red brickwork that adorned the top of the fireplace can also still be seen, as it remains tucked neatly beside a large gate following the major refurbishment and redevelopment of the surrounding area. 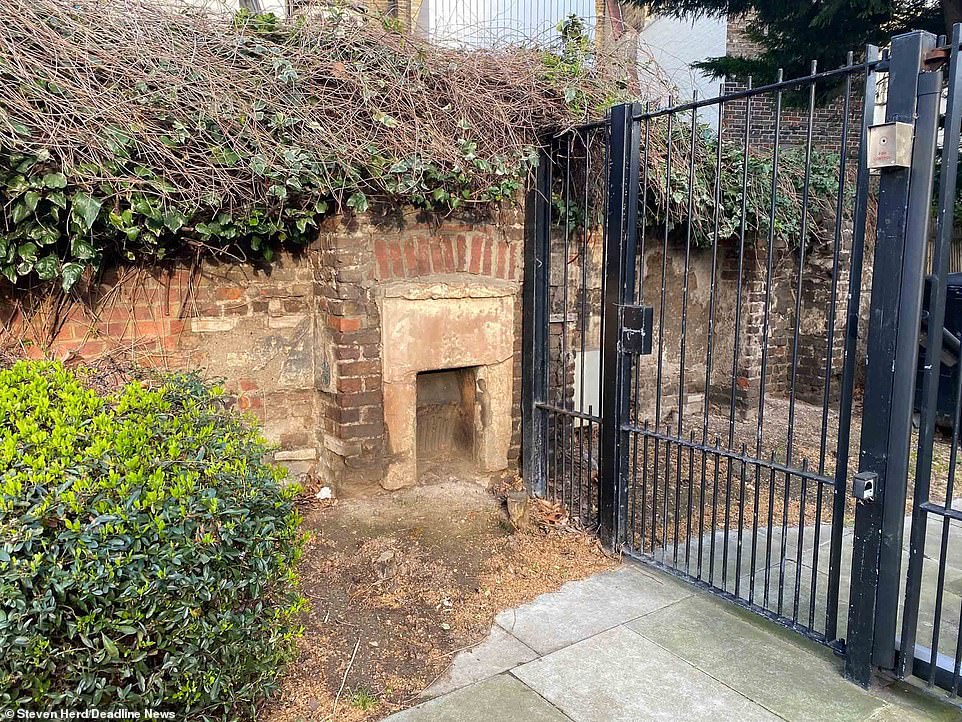 One of the stone hearths on Vincent Street in Westminster still looks almost perfectly intact nowadays with its metal grate, having stood there without its house for 80 years since the German bombing campaign destroyed a row of mews homes 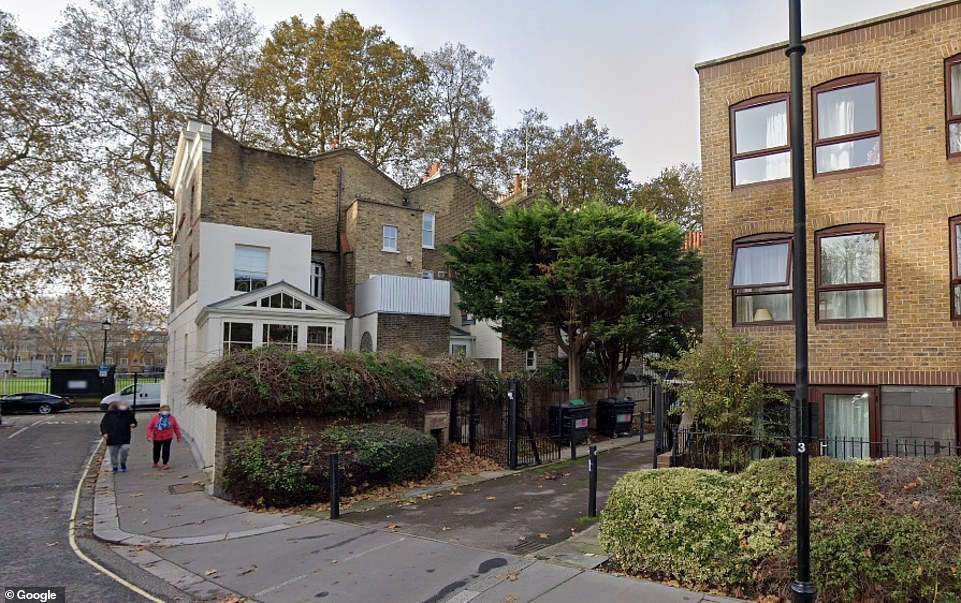 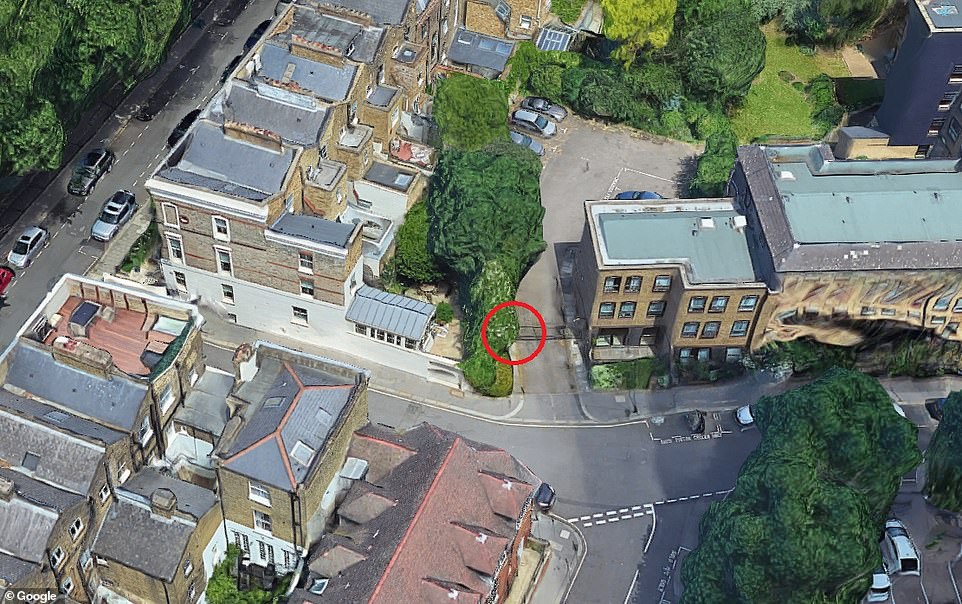 Bomb maps detailing the damage inflicted by the Luftwaffe on the streets of London confirm Vincent Street was hit by a large explosive device – with the key revealing how much of it was ‘damaged beyond repair’.

Around the area, a total of 21 properties fell under the category. Images of the fireplace were shared on Facebook on Wednesday by Steven Herd, who wrote: ‘Fascinating find. A fireplace in a wall in Vincent Street, SW1.

‘There was a row of mews houses here that were lost in the Blitz. The site stayed as a bombed-out site for 40 odd years until it was redeveloped into sheltered housing in the 1980s. Two fireplaces remain.’

The Blitz began on September 7, 1940, and was the most intense bombing campaign ever in Britain. Named after the German word ‘Blitzkrieg’, meaning lightning war, the Blitz claimed the lives of more than 40,000 civilians. 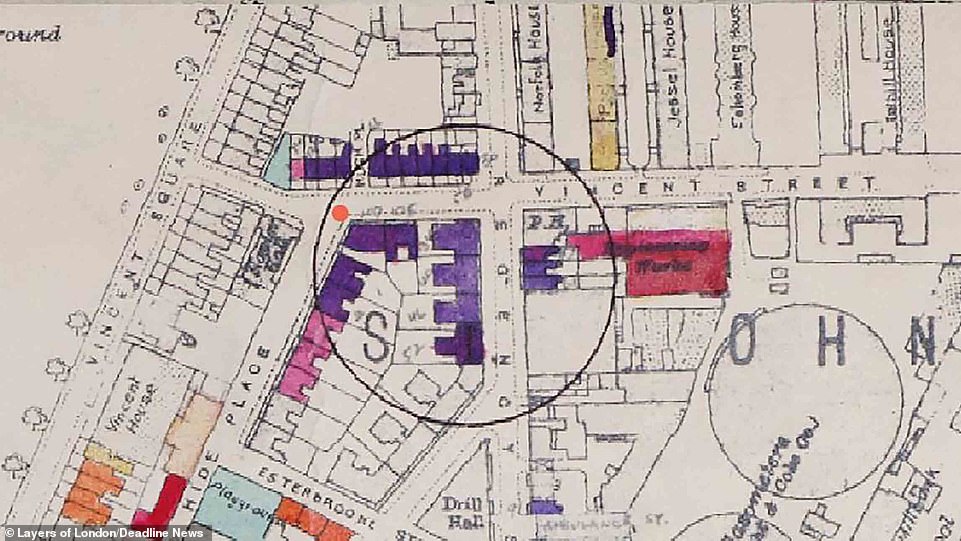 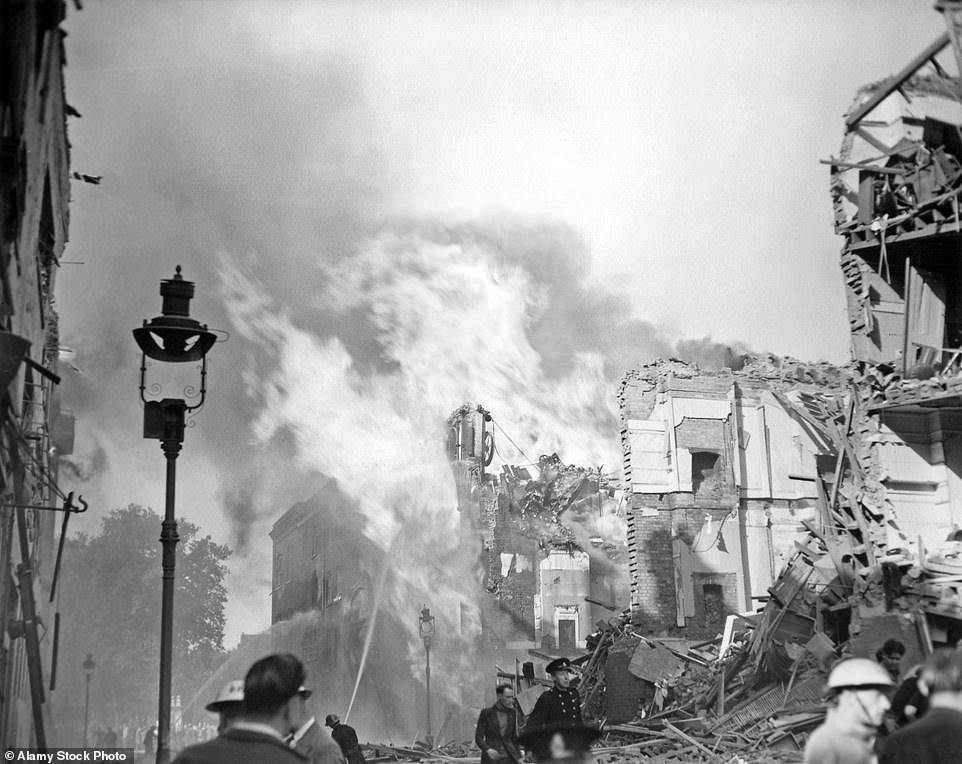 The aftermath of a Blitz bombing raid on the corner of Regency Place and Rutherford Street, which is two roads along from Vincent Street, in 1944 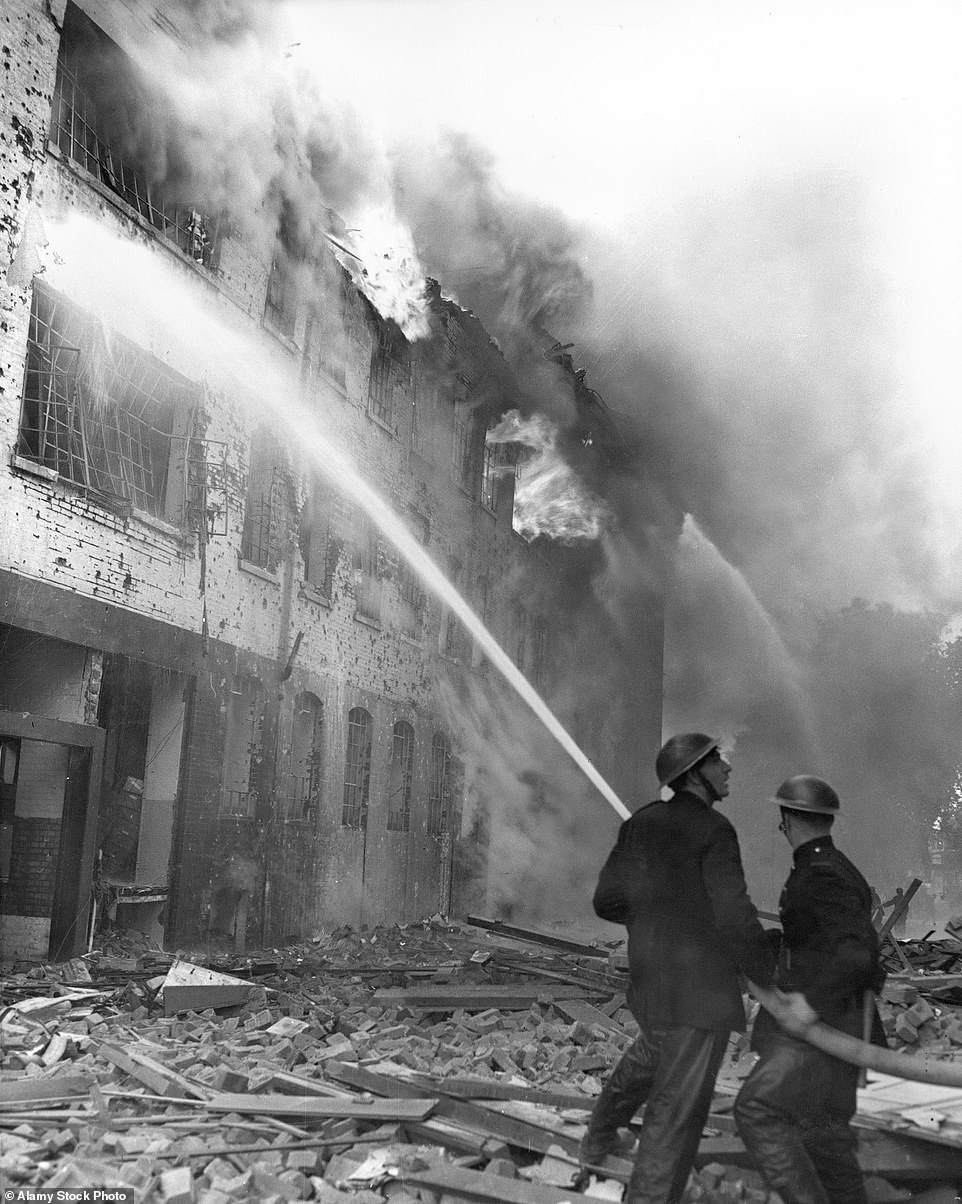 The City and the East End bore the brunt of the bombing with German bombers using the Thames as their guide. Londoners came to expect heavy raids during full-moon periods and these became known as ‘bombers’ moons’.

More than one million London houses were destroyed or damaged – and of those who were killed in the bombing campaign, more than half of them were from London.

In addition to London’s streets, several other UK cities – targeted as hubs of the island’s industrial and military capabilities – were battered by Luftwaffe bombs including Glasgow, Liverpool, Plymouth, Cardiff and Belfast. 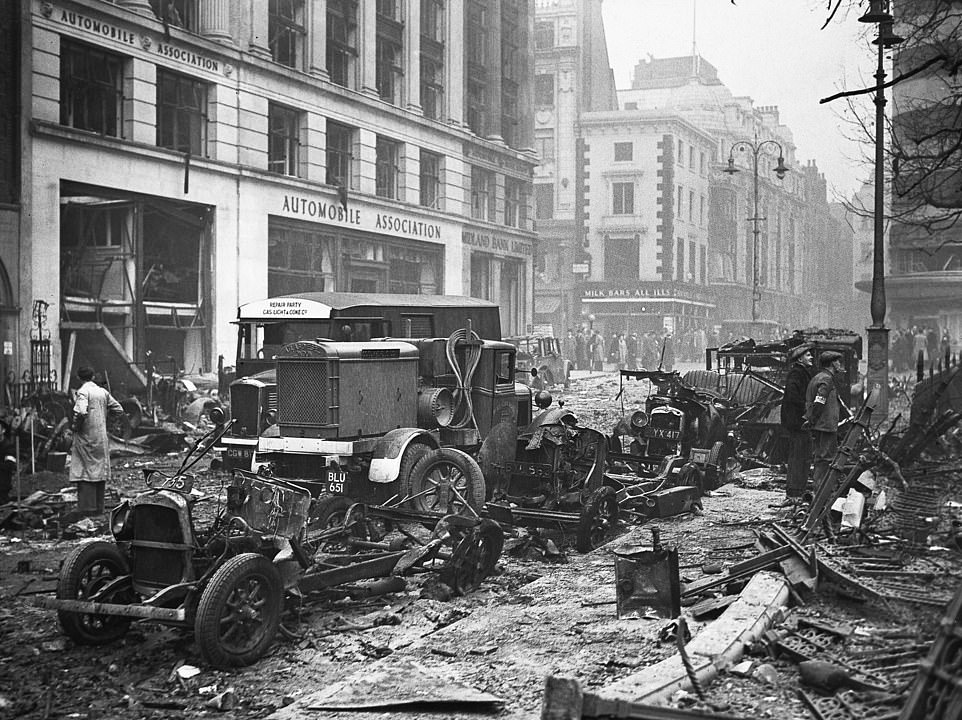 A line of wrecked taxi cabs in London’s Leicester Square are pictured on November 1, 1940 following a Blitz bombing raid 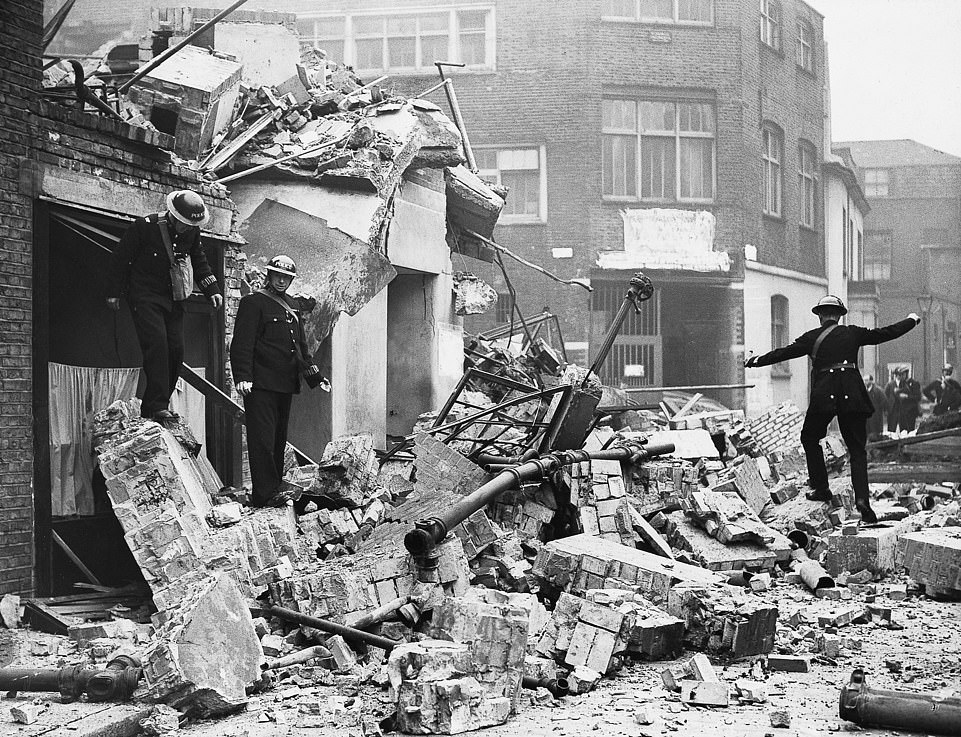 The police direct people away from danger after arriving at the scene of a Blitz bombing in London on October 19, 1940

Despite the blanket bombing of the capital, some landmarks remained intact – such as St Paul’s Cathedral, which was virtually unharmed, despite many buildings around it being reduced to rubble.

Adolf Hitler intended to demoralise Britain before launching an invasion using his naval and ground forces. The Blitz came to an end towards the end of May 1941, when Hitler set his sights on invading the Soviet Union.

Other UK cities which suffered during the Blitz included Coventry, where saw its medieval cathedral destroyed and a third of its houses made uninhabitable, while Merseyside was the most bombed area outside London.

There was also major bombing in Birmingham, where 53 people were killed in an arms works factory, and Bristol, where the Germans dropped 1,540 tons of high explosives and 12,500 incendiaries in a night – killing 207 people.