The Transport Secretary confirmed the new regime for hauliers despite concerns it could cause disruption to key imports.

Those coming from outside the UK for more than two days are expected to take a test within 48 hours of arrival, and then every 72 hours after that.

‘This is to ensure we keep track of any future #Coronavirus Variants of Concern,’ Mr Shapps said on Twitter.

A similar move by France in December caused chaos at UK ports, but the industry believes there is now enough rapid testing available for the impact to be managed.

Although most foreign travel has been banned from Britain until at least May 17, essential workers such as truck drivers have been exempted as they transport crucial supplies. Instead they have been encouraged to take rapid flow tests. 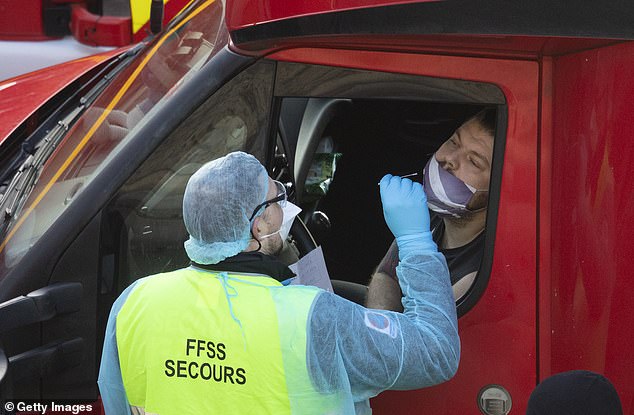 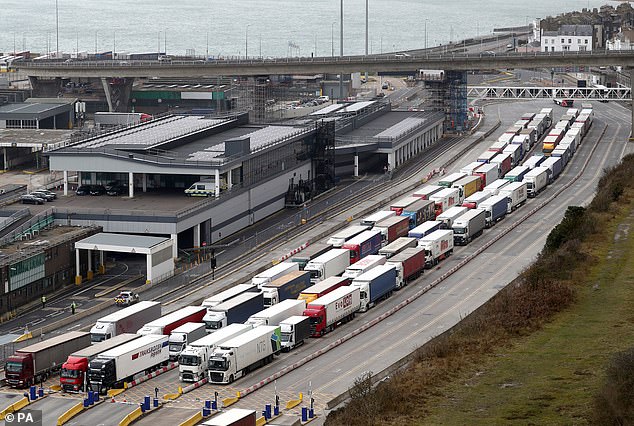 Hauliers staying in England longer than two days will have to have a test within 48 hours of arriving and then every 72 hours. Pictured, Dover last week

Failure to abide by the new rules could lead to fines similar to the £2,000 penalties for travellers who fail to get screened during home quarantine.

France has dropped its requirement for hauliers coming from the UK to be tested, which had been in place since December.

Lorry drivers heading from Britain to Denmark, Germany or the Netherlands still require a test.

Concerns have been growing about the spread of the South African and Brazilian variants of coronavirus on the continent.

Home Affairs committee chair Yvette Cooper grilled Boris Johnson about the situation on Wednesday, demanding to know why hauliers coming from France were not being tested.

Mr Johnson responded that ‘we have to look at the situation at the Channel’ and ‘we can’t rule out tougher measures and we will put them in if necessary’.

When France required the testing of hauliers crossing the Channel in December it led to thousands of lorries being stranded in Kent while the arrangements were put in place.

Three months on from the delays, France last week lifted its requirement for lorry drivers arriving from Britain to present a negative Covid test. 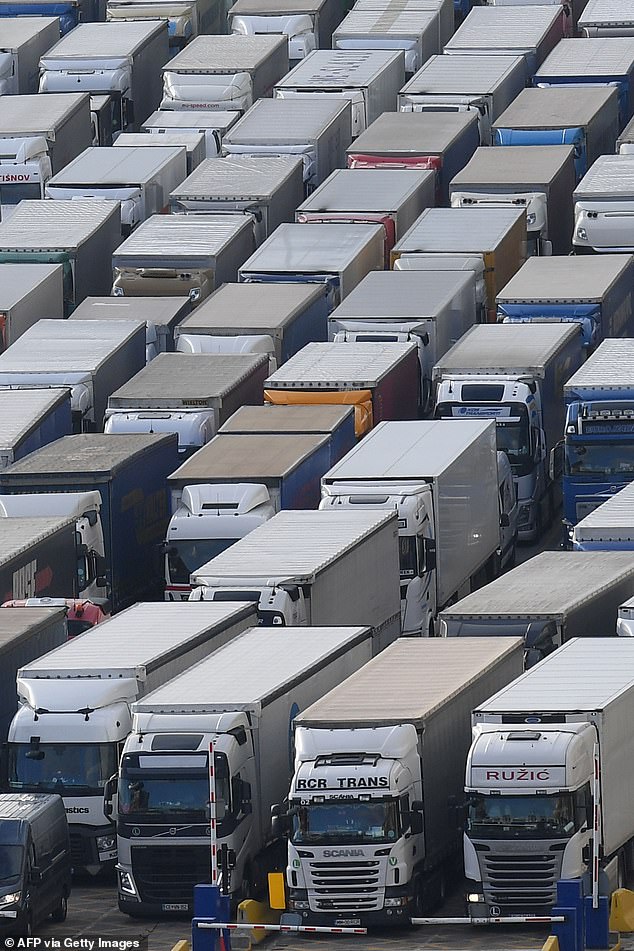 Lady Lavinia Nourse, 77, on trial charged with historical sexual abuse of boy under 12