Is she the coolest mom in Hollywood? Malin Akerman is biker chic as she gives son a ride on her electric bicycle while he models a dinosaur helmet

By Ashley Hume and Sam Joseph Semon For Dailymail.com


Malin Akerman looked like she was in great spirits when she was spotted out on a ride with her son Sebastian in Los Angeles.

On Tuesday, the 43-year-old actress was seen driving her eight-year-old son home from school on her electric bicycle.

The Billions star flashed a bright smile as she stopped her two wheeler and waited for a traffic light to change. 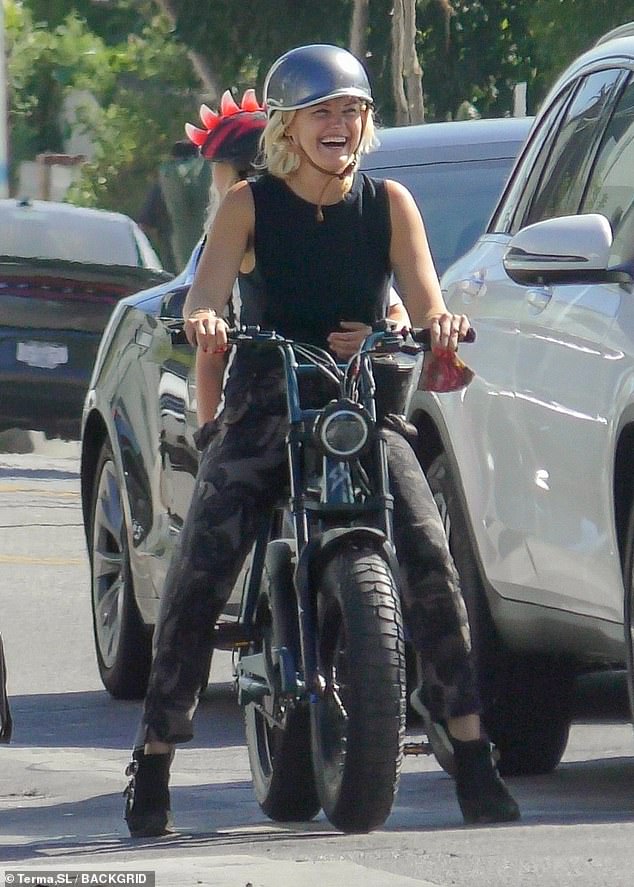 Having fun: Malin Akerman looked like she was in great spirits when she was spotted out on a ride with her son Sebastian in Los Angeles

Malin showed off her edgy street style as she rocked a pair of gray and black camouflage pants.

The Stockholm native put her toned biceps on display in a black tank top. She sported a pair of trendy black ankle boots embellished with rows of silver buckles.

The blonde beauty wore her shoulder-length tresses down in loose waves under a large shiny silver helmet. 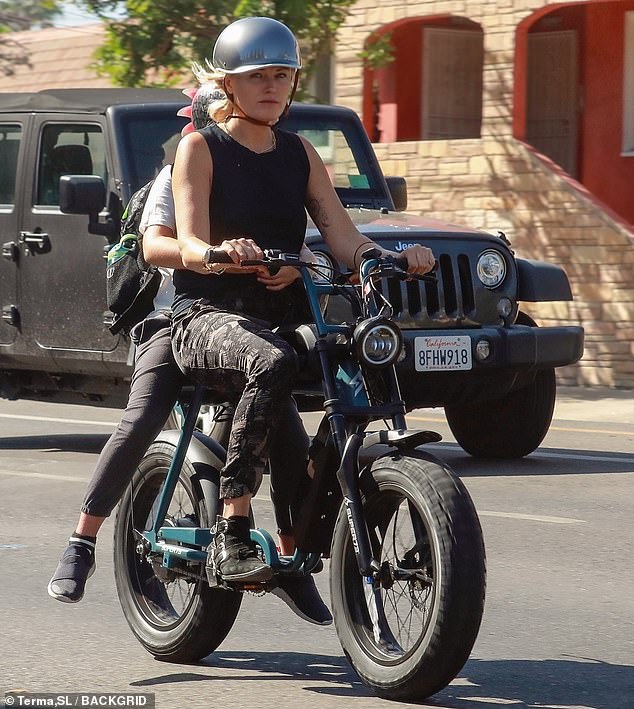 Biker chic: Malin showed off her edgy street style as she rocked a pair of gray and black camouflage pants

Sebastian wore a white t-shirt with gray pants and dual-tone sneakers. He toted a colorful backpack and shielded his head with a black and pink mohawk helmet.

The child wrapped his arms around his mother’s waist as they sped down the streets on the sunny afternoon.

Malin shares Sebastian with her former husband and bandmate Roberto Zincone, whom she divorced in 2014. 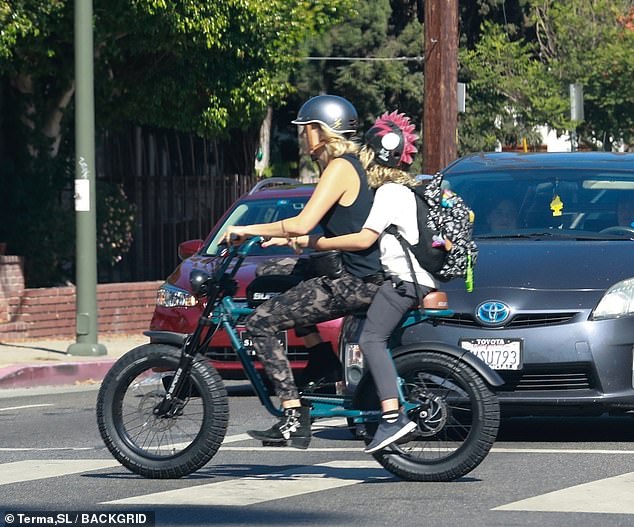 On the road: Sebastian wrapped his arms around his mother’s waist as they sped down the streets on the sunny afternoon

Akerman and Zincone initially met in 2003 when they began performing together in a band called The Petaltones, where she sang and he played drums.

The pair began a relationship while playing in the musical group, and they went on to tie the knot during a ceremony in the latter’s home country of Italy in 2007.

The couple waited for six years before they welcomed Sebastian into their lives in 2013, and she notably received a tattoo that featured the first letter of her husband’s last name during their time together.

However, the pair separated that same year and finalized their divorce in 2014. 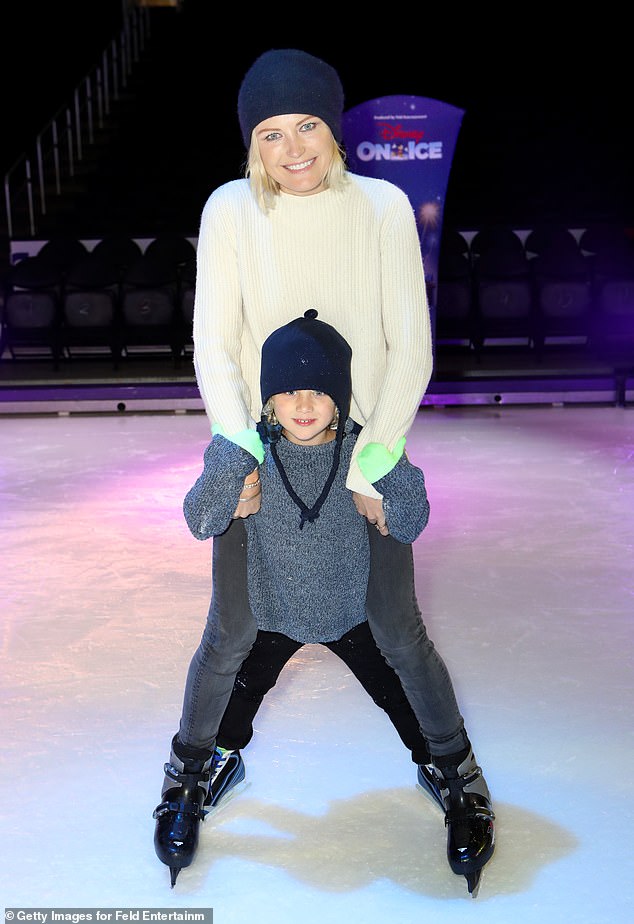 Doting mom: Akerman revealed that she had taken on a role in the Netflix comedy film The Sleepover while ‘looking for something I could watch with’ her son; they are seen in 2018

Akerman was later linked to actor Jack Donnelly, with whom she was first spotted in 2017.

The happy pair were initially seen spending a bit of quality time in each other’s company while they vacationed in Puerto Rico.

A source spoke to People shortly after the sighting and expressed that the two were officially ‘together and really happy in one another’s company.’

The happy couple announced that they had become engaged that October and went on to make their union official the following December. 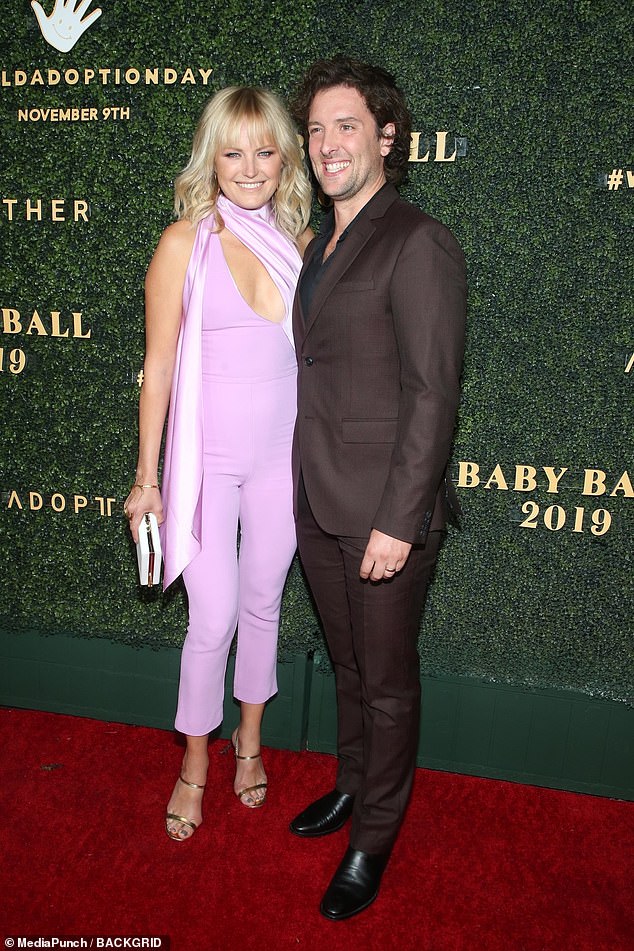 Moving on: The Billions actress later began a relationship with Jack Donnelly, whom she married in 2018; they are seen in 2019

Akerman spoke about taking on a role in the Netflix film The Sleepover with her son in mind during an interview with StyleCaster, where she noted that her motherhood had affected her personal interests.

‘Having a child has shifted things for me. Because I couldn’t show him any of my movies prior to this one, I was looking for something I could watch with him,’ she said.

The performer then noted that, although her child was aware of her acting career, he was generally not allowed to watch her projects until she was cast in the action-comedy flick.

‘He’s at an age now where he knows what I do. He’s been to sets, but he’s never gotten to see any of the results. I’ve looked into doing voice overs for any sort of Pixar film. Then this came around, and I loved the script,’ she stated.

Kevin Hart winds up handcuffed in prison in first trailer for...

Kevin Hart winds up handcuffed in prison in first trailer for...