Man United, Liverpool and Tottenham ‘to go head-to-head for RB Leipzig’s Marcel Sabitzer’ this summer… with Bundesliga club ‘holding out for £36m’ for star midfielder

Marcel Sabitzer is ready to cause a Premier League scramble this summer with Manchester United, Liverpool and Tottenham all reportedly in position to make a move for him.

The RB Leipzig star has established himself as one of Europe’s accomplished central midfielders in recent seasons.

With his contract expiring in June 2022 and RB Leipzig reluctant to lose him for nothing, German outlet Bild report that the Premier League trio are jostling for his signature. 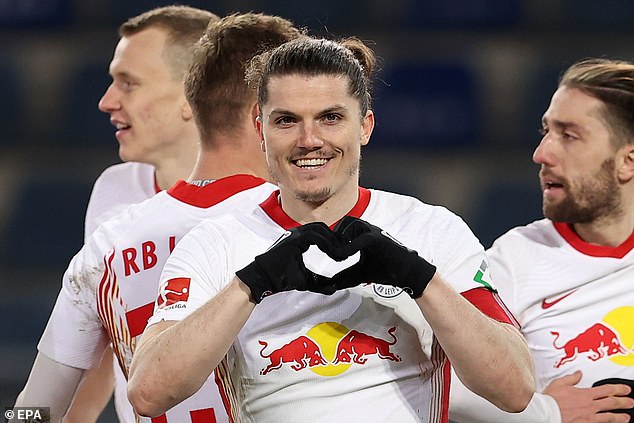 The 27-year-old has continued his development and has played well this season with seven goals and six assists in 31 games.

He has developed immensely under boss Julian Nagelsmann and has found himself of the radar of English clubs for some time.

Tottenham have been reported as long-term admirers and Bild report north London ‘is the most likely’ destination, should Sabitzer press for a move to England.