Before lockdown, Roy Carroll used to show youngsters at his goalkeeping school a video of his infamous save for Manchester United against Tottenham in 2005, scooping the ball back from so far over the line you could almost see the net ripple.

‘I’m not going to say it isn’t the one I get asked about most because it is. People want to know what happened,’ says Carroll.

‘The incident with Roy Keane and Patrick Vieira in the tunnel against Arsenal is the second biggest thing. That was a fantastic night, two good teams in a battle, a war.’ 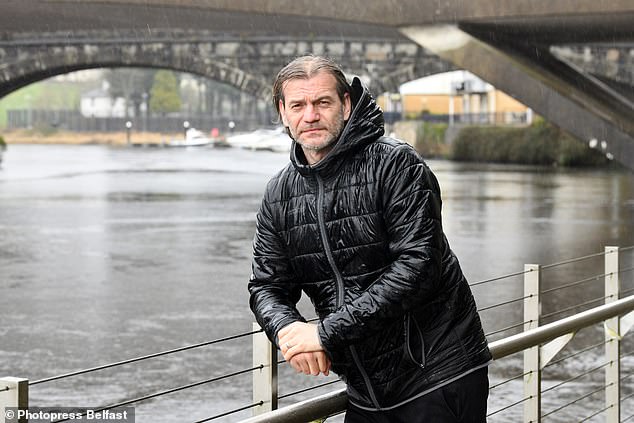 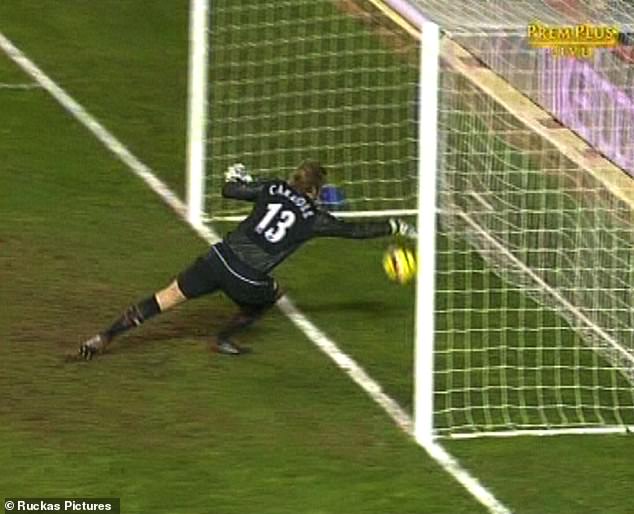 Then the talks stopped. So did his RC1 school, even though Carroll stays in touch with students on Zoom. The Covid crisis bit hard all over again, having initially forced him to leave his job as a goalkeeping coach at Nottingham Forest’s academy after one day and return to Northern Ireland a year ago.

A man who is brutally honest about his battle with depression has found life in lockdown tough.

Carroll admits he was starting to struggle again before Dungannon Swifts offered him the opportunity to play again at the age of 43, two years after his last Irish League appearance for Linfield.

‘Trust me, in this day and age when we’re locked down, I know what people are going through,’ says the former United keeper.

‘I’d been good for quite a long time until this. It doesn’t matter how strong you are, it knocks you down.

‘I would have to fight very hard sitting in the house. I was struggling with it because I didn’t know what I could do, then Dungannon came in for me. I never thought I would be back playing again after being out for so long. 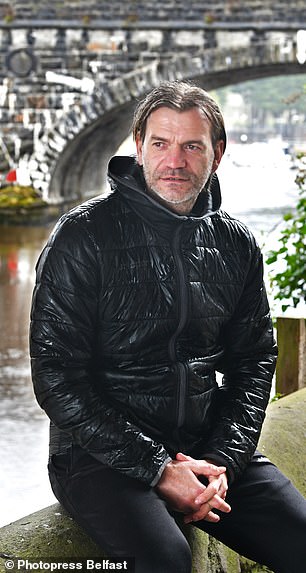 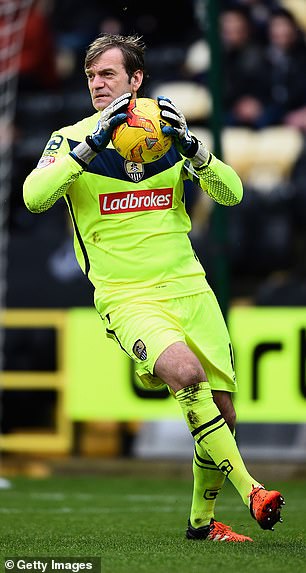 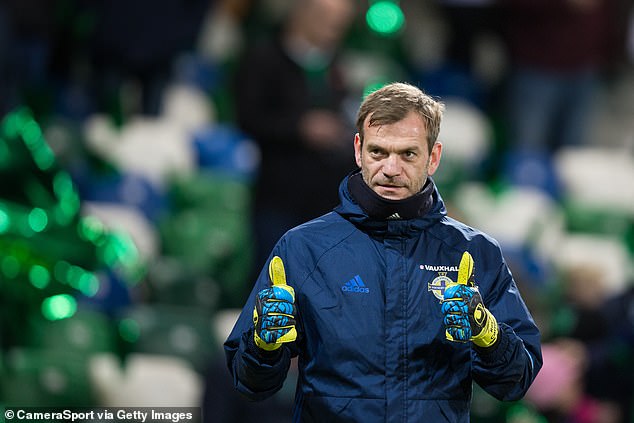 ‘I’m lucky. We watch football every night on TV and these professionals don’t realise how lucky they are to still be playing. I feel sorry for the thousands of kids, men and women who can’t play sport. I know how serious that is for mental health.

‘You have to show a brave face for the kids when you’re doing Zoom chats because each week they’re getting more and more down. There’s no point me saying everything is brilliant — it’s not.’

Last year, Carroll joined FC Mindwell, a club set up for men with mental health issues, to raise awareness and help others.

The club also signed his former Northern Ireland team-mate Keith Gillespie, quite a coup for a team playing in Division Three of the Mid-Ulster League.

‘I appreciated what FC Mindwell were doing,’ says Carroll. ‘I didn’t realise how serious it was until I first moved back home in 2016. It opened my eyes and I just want to give something back because I went through a really bad time with depression and alcohol. I want people to understand it’s OK to talk.

‘I’ve been off the drink now for 10 years in June. It’s a habit, you get into a routine.

‘It can happen to anybody with depression and drinking quite heavily in the house: nothing else to look forward to, just having a couple of beers.

‘It gets worse the longer lockdown is. You have a few drinks and more drinks the next night. That’s you, you’re addicted.’ 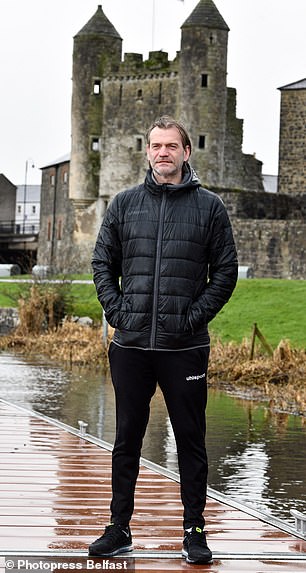 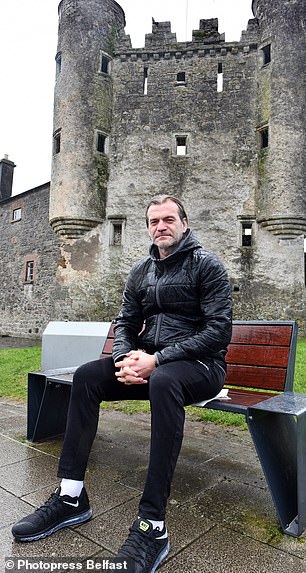 Carroll’s concerns about lockdown are no surprise considering his problems with depression and alcoholism started at West Ham in 2006 when he was cooped up at home with a back injury.

‘I’d never had a long injury before and slowly but surely I was getting into a deeper hole. I wasn’t mentally prepared for it,’ he says.

‘I was just in a dark room and drinking heavily. I had no outside help. Nobody knew what was wrong with me because I never spoke about it. Everybody thought I was the happiest guy in the world but I would go home, shut the door and bang my head against the wall, have a few drinks to try and forget.

‘For me, it was getting rid of the depression. You’d have loads to drink and forget about it. The next day it got worse and you’re back on the drink. It doesn’t work. I went into rehab because others wanted me to: my wife, my agent and my friends. I didn’t see there was anything wrong with me, that was my biggest problem.’

Carroll’s drinking continued while he was at Rangers, Derby and Danish club Odense. But it spiralled out of control in the nine months he was out of work after leaving Denmark.

‘When I had a club, I always had the mind to not drink the day before a game,’ he says. ‘That was strange — when I stopped playing and nobody wanted me, I was drinking nearly every day. 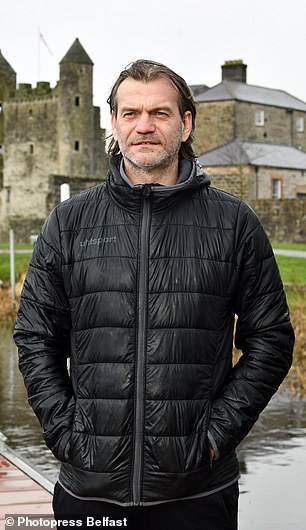 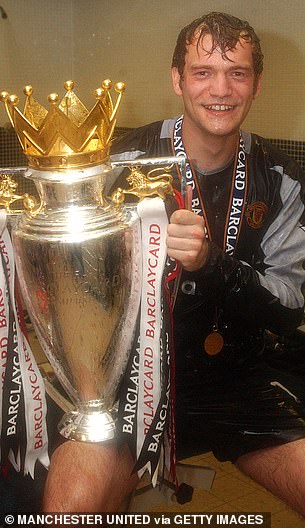 ‘I had a lot of time on my hands, my drinking was crazy. If I hadn’t stopped, I wouldn’t be here today. I don’t feel my body would have held up to it.

‘I was never at that stage where I would have killed myself. I was quite lucky I wasn’t that far ahead. But I would have died from the drink. The stuff I was drinking and the way I was drinking it, I wouldn’t have woken up one morning. I don’t care about alcohol any more. The first four or five years were very difficult but now I don’t need it. I’m mad enough without the drink!

‘But the depression will come back once in a while. I’m never going to get rid of it.

‘A lot of footballers will be going through it, but they don’t come out and say it until they retire. They try to keep it in because it’s their livelihood.’ 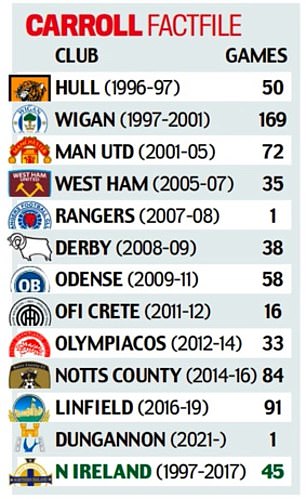 The light bulb moment came on June 11, 2011. Carroll was living on his own in Canary Wharf, separated from his wife Kerry and two children, and still without a club.

‘I looked in the mirror, something just clicked and I said, “What am I doing?” That was it, I changed my life around,’ he recalls. ‘I was in an apartment away from my family because I went downhill big time.

‘My wife found out I was off the drink. She invited me back to the house and we had a good talk.’

A few weeks later, Carroll got a call from a Greek agent offering him the chance to revive his career in Crete. The lifestyle was ideal for the family to make a fresh start and his form earned him a move to Olympiacos.

Carroll was grateful for the unexpected opportunity then, as he is now. Most of all, he wants to use his experience to help others.

One day, a man who earned 45 caps for his country would love to be responsible for overseeing Northern Ireland’s goalkeeping structure up to the senior team. Not just to pass on his expertise but to steer players away from the mistakes he made.

‘Footballers get abuse on social media — stay away from it,’ says Carroll. ‘The trolls just want to ruin people’s lives. My biggest downfall then was that I worried about what others thought. People can think what they want about me now.

‘I’m more worried about the one person who is reading this and it might help him or her or their kids.’ 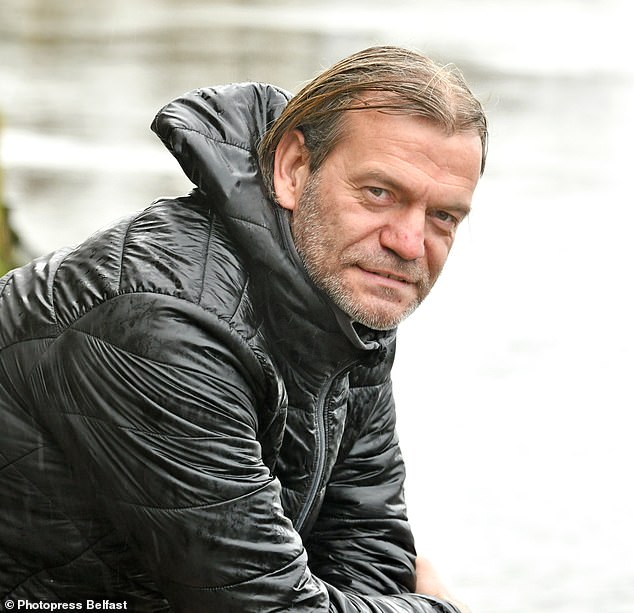