Ole Gunnar Solskjaer has revealed that former Manchester United stars listened to Roy Keane more than Gary Neville as the Red Devils boss joked that the Englishman was ‘talking too much’ in the dressing room.

Solskjaer, 48, this week celebrated two years in the hot seat at Old Trafford, having returned to the club after enjoying a glittering playing career as part of Sir Alex Ferguson’s squad from 1996 until 2007. 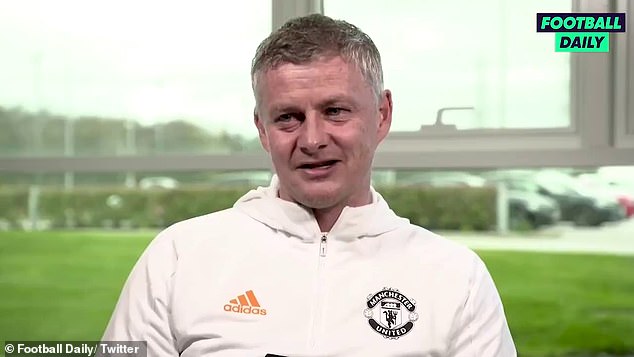 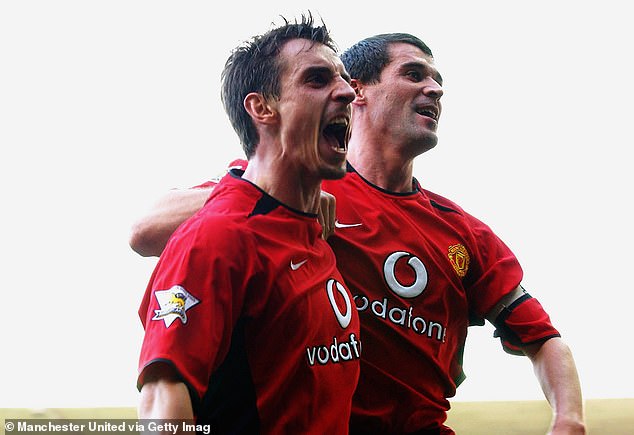 While Solskjaer has pursued the coaching career path since retiring, Keane and Neville have flourished in the television studios, with the pair offering insights regarding the latest Premier League action.

And the United boss has revealed that his old team-mates would pay greater attention to Keane’s observations than Neville’s, joking that the former full back still talks too much.

‘We listened more to Roy than to Gary that’s for sure,’ he told Sky Sports. ‘Gary was talking too much and he still does. That’s just Gary and we got used to it. 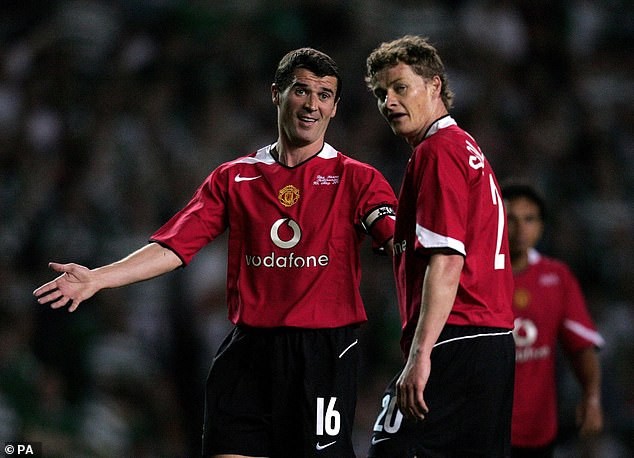 However, the Norwegian said that players would pay more attention to Keane than Neville

‘He has got good opinions, both of them very vocal. If there is one you wouldn’t go against it is Roy Keane.’

Now, the outspoken duo offer their views on Solskjaer’s United from the commentary box and studio, at times criticising the current crop of stars following lacklustre performances.

Solskjaer added that he understands that criticism of his players is part of the pair’s jobs, insisting that they are well placed to know the expectations set at the club.

He said: ‘They know the demands of Manchester United standards that we set so when they get angry with us that is fine, that is just their jobs. 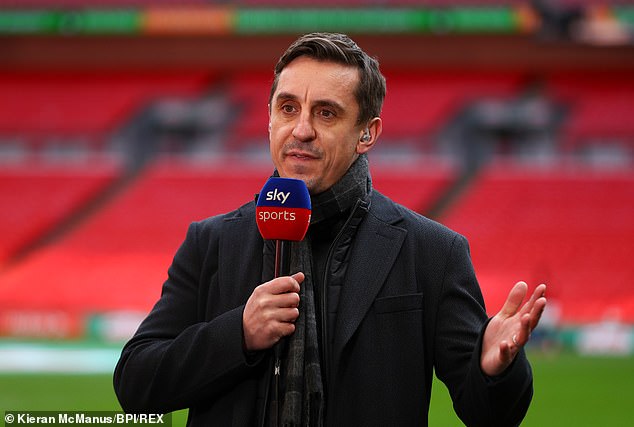 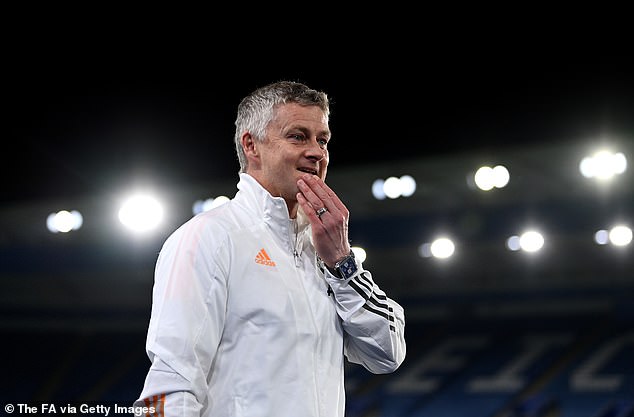 ‘They have both been managers so they know what the standards here [are] and they know the demands of a manager.

‘So they know what we are going through every single day. How successful they have been, they know themselves.’

United are set to offer Solskjaer an improved three-year contract at the end of the season, with club chiefs delighted with the ‘phenomenal success’ brought by the Norwegian this season.

The Red Devils look destined to secure Champions League football for next season, having made an early exit from the competition’s group stage before Christmas. United also crashed out of the FA Cup to Leicester this month and exited the Carabao Cup at the semi final stage.