By Inigo Alexander For Mailonline

Speaking to national radio station France Inter, the leader of Rassemblement National (RN) – National Rally – said her ‘first decision would be the organisation of a referendum on immigration’.

‘It has been decades since the various governments made decisions on immigration with the French people ever being listening to or questioned on the subject,’ she said. 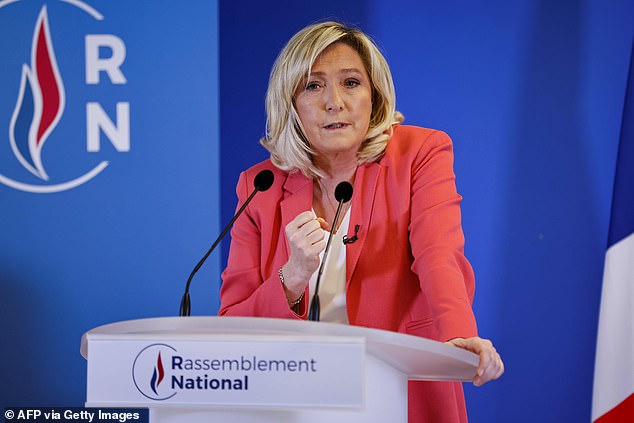 The head of far-right party Rassemblement National (RN) Marine Le Pen, 52, vowed to make a national referendum on immigration her first act as French president if she wins next year’s presidential elections

Le Pen outlined her three upmost priorities as the potential French president, adding that her second most important concern would be defending French national borders and sovereignty within the European Commission.

Her third act would be the sweeping reforms of the French tax system, as she claims the country’s middle class is under ‘unsustainable pressure’.

Le Pen has previously been vocal about her support for a referendum on immigration. In 2019, she accused the current president Emmanuel Macron of failing to act on the issue since he took office in 2017.

Over recent weeks, Le Pen has emerged as a strong contender in the French presidential race, with elections expected to be held in April 2022.

The upcoming presidential election is expected to be a repeat of the run-off between Le Pen and Macron in 2017, in which the latter emerged victorious with 66% of the vote. 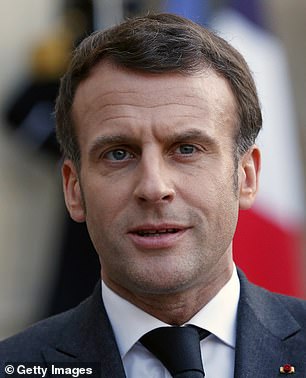 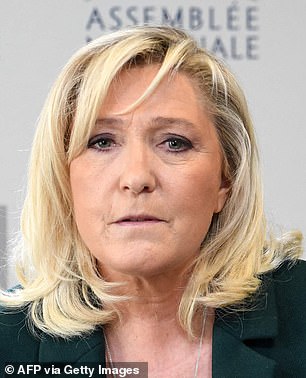 Pollsters expect a repeat of the 2017 presidential run-off between Macron and Le Pen, with many predicting Le Pen to perform strongly

However, even those currently in power are wary Le Pen could take the country’s top job next year. Last month Bruno Le Maire, the French finance minister, warned a Le Pen victory was a ‘possibility’ that must be ‘fought’.

Additionally a leaked Harris Interactive poll found the right-wing candidate could secure up to 48% of the vote in a new duel with the incumbent.

Despite her concerns on immigration data from the French Interior Ministry published in January showed a sharp decrease in immigration throughout 2020.

The amount of undocumented immigrants in the country is also calculated to have fallen by 47.8% in 2020. 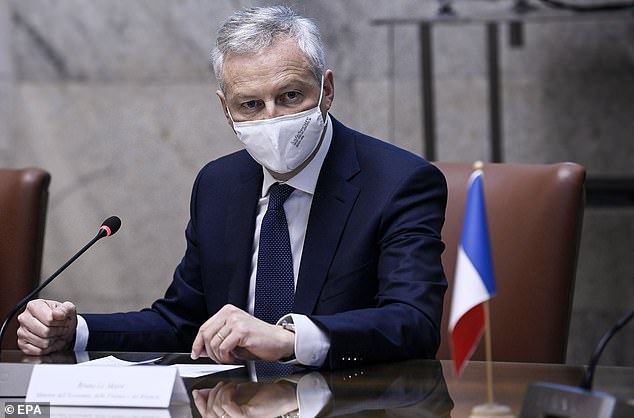 Bruno Le Maire, the French finance minister, has warned that victory for Marine Le Pen in next year’s presidential election is a ‘political possibility’ that must be ‘fought’

Additionally, the Interior Ministry’s data also revealed that economic immigration had fallen by 20.5% between 2019 and 2020.

Requests for asylum and refugee status also saw a sharp drop over the last year, with a 38.2% and a 33.5% decrease respectively.

The sharp drop is thought to have been largely due to the Covid-19 pandemic.

The amount of people who obtained French nationality last year also decreased by 20%, as the system usually in place to process said requests was closed during the country’s first lockdown.

Among the demands of the Gilet Jaunes (Yellow Vest) movement that took over France for much of 2019 was the implementation of regular citizen-initiated referendums.