Red Bull’s Max Verstappen has declared that he wants to knock the world championship crown off Lewis Hamilton’s head.

The Dutchman is the one man on the grid who may be able to do so in the season that starts here in Bahrain this weekend. He is quick and, if testing times are to be believed, so is the Red Bull he is driving.

‘Winning the world championship — that would be a good year,’ he said. ‘I have had many good races and wins but that would be better than anything.’ 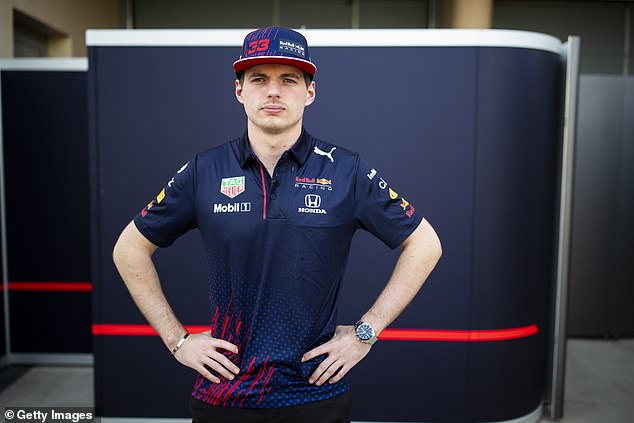 Aged 23, Max Verstappen begins his seventh season as favourite for the world title

Verstappen is aged 23 and, remarkably, is beginning his seventh season in the sport.

He started out aged 17 years and 166 days — before he was legally allowed to drive on the road in Holland.

He has won 10 races and is pressing his claim as the natural heir to Hamilton’s status as the sport’s leading light.

Here in the heat of the Bahrain desert, Verstappen was on Thursday trying to downplay his chances. He does not welcome the term ‘favourite’ upon his shoulders. 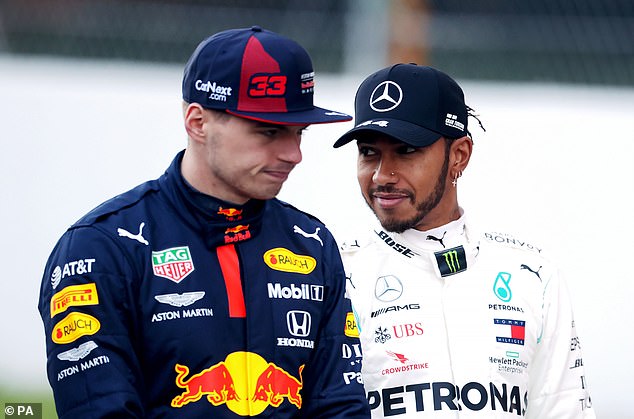 ‘It doesn’t matter,’ he said. ‘It is what you do in the car and scoring points that count. There is no need to have these things — favourites for this or that. These are distractions.

‘But the car is in a better place than in previous years. It went quite smoothly in testing and is quite solid.’

Yes, what matters most is the relative speeds of the Red Bull and Mercedes machines.

Verstappen, who can be fiery and exuberant on track, spent most of the winter training but allowed himself a brief holiday in Brazil with new girlfriend Kelly Piquet, daughter of three-time world champion Nelson. Last season saw a degree of warmth develop between Verstappen and Hamilton. 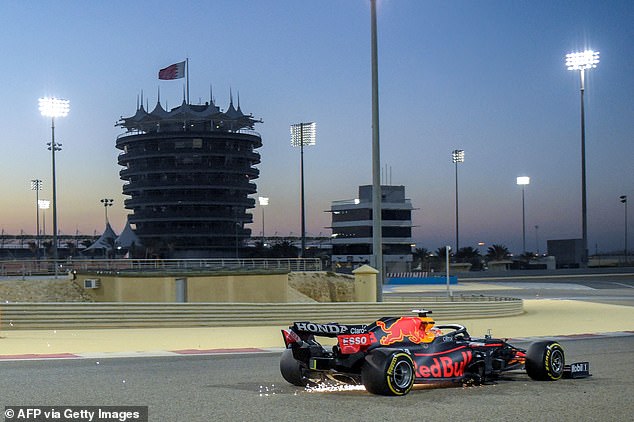 ‘We race hard on the track but afterwards you can say the other person has done a good job,’ said the pretender to the throne.

‘But I don’t compare myself to Lewis. You have to look at yourself and do the best you can, learn from your mistakes, look at how you have driven and use that to your advantage.

‘From my perspective I feel ready, but don’t forget that Mercedes have won the last seven world championships, so they will be strong again. We have to be in our best shape to fight them.

‘Racing is not complicated. I haven’t needed to change how I prepare this season. After so many years, it is easy to get your mind right — that’s where I am now.’

His father Jos, a contemporary of Michael Schumacher during a 107-race career, is here in Bahrain. He nurtured Max’s career, literally showing him the nuts and bolts he used to prepare his kart. Books, films and music barely registered in an environment that fostered a total appreciation of racing. 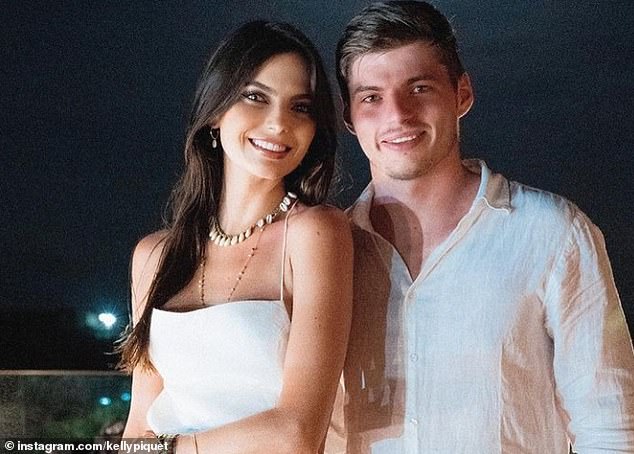 Young Verstappen duly announced his talent by winning 59 of his first 60 kart races, failing to complete a 100 per cent record only because his machinery packed up. Max’s mother Sophie Kumpen was also a successful karter, winning two Belgian championships.

‘My father will come to some races but not all of them, just the ones he likes and which suit family commitments,’ said Verstappen.

‘Lewis’s dad helped him but he did not have the experience in racing my dad has. He always pushed me in the right direction.’

That once involved Jos not speaking to his son for a week after he messed up a race he was expected to easily win by crashing after taking pole.

Verstappen added: ‘He made me understand every aspect of the job. He would open up the engine so I could see the mechanics of it.

‘He would make me wash the go-kart, not just to clean it. It was so I could check to see if there was any damage or cracks.

‘My dad was making me very aware of what was needed, and that helped me become the driver I am today.’