By Oli Gamp For Mailonline and Pa Sport Staff

Belgium striker Michy Batshuayi says playing for his national team comes as a breath of fresh air because he feels he is not trusted at club side Crystal Palace.

Batshuayi has started just seven Premier League games this season under Roy Hodgson, scoring just once, but was picked to start by national team boss Roberto Martinez in their World Cup Qualifier against Belarus on Tuesday.

He scored the opening goal in their thumping 8-0 win in Leuven and told reporters afterwards the contrast of playing for club and country was stark. 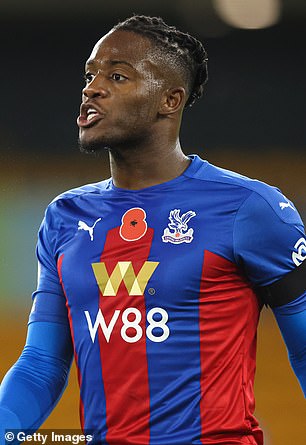 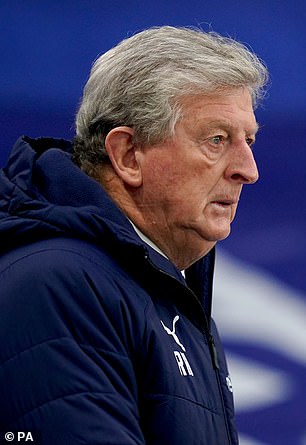 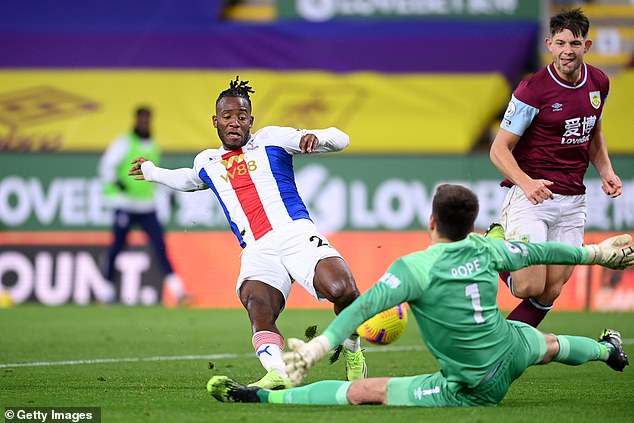 He has managed just seven starts this season, scoring only one goal in the Premier League

‘I get a breath of renewed energy when I come into the national team, because it’s very hard for me at my club,’ he said.

‘With the Red Devils, I feel a lot of trust from the coach; trust that I do not get there (at Palace). With (Roberto) Martinez, we talk to each other a lot, even when I’m back at my club. I give 200% not to disappoint him.’

The 27-year-old has scored 22 goals in 33 internationals for Belgium while he has netted a total of just seven during his two loan spells at Selhurst Park. 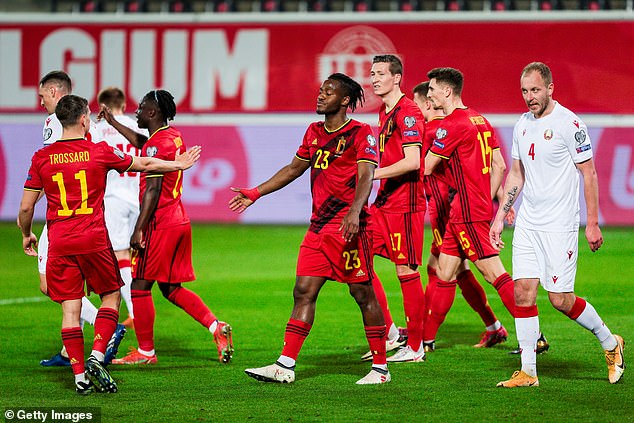 He is on loan at the club from Chelsea, who signed him from Olympique Marseille for a reported fee of £33million in 2016 but has since been loaned to Borussia Dortmund, Valencia and then the Eagles.

Batshuayi has struggled to nail down regular football throughout his career but looked as though he would finally get minutes under his belt after moving to south London, but the switch has not gone to plan.

Hodgson has a number of forward options to call upon, including talisman Wilfried Zaha, new signing Jean-Philippe Mateta, Jordan Ayew and Christian Benteke. 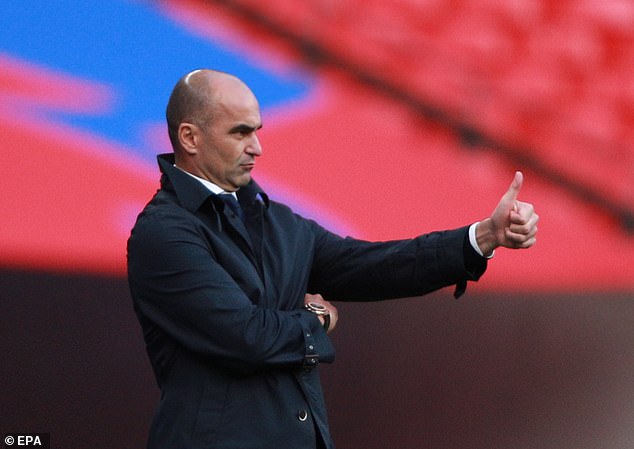 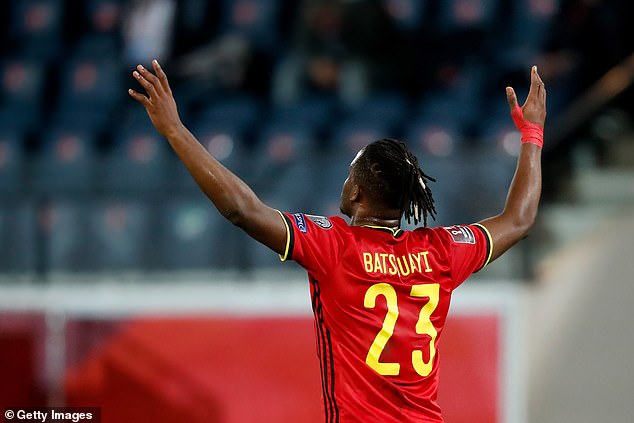 He went through a goal drought at the end of 2020, failing to score at all for his club from the start of the season in September until the new year, but was able to score for Belgium five times during the same period.

Batshuayi admitted he was mystified by his inability to replicate his international form in the Premier League.

‘Why do I score so easily here? That’s a question I ask myself,’ he said in November.

‘It’s a bit annoying but I don’t think about the past, I’m going forward. It shows that I have qualities, I have to try to perform well in the club as in the national team.’