Stipe Miocic and Francis Ngannou will go to war once more in their highly anticipated heavyweight title clash at UFC 260.

The pair went to battle now three years ago in 2018, when champion Miocic silenced any doubters with a unanimous points decision win over his heavyweight rival.

Miocic was able to take Ngannou’s best shots in their first encounter, but whether that will still be the case after his epic trilogy with Daniel Cormier remains to be seen.

The America, who initially lost his heavyweight belt to Cormier, won it back in their second bout, before retaining his title in August last year.

However, Miocic required surgery on his eye following his second bout with Cormier, and with the UFC legend now 38-years-old, perhaps Ngannou’s power will be more telling this time round.

Though it was Miocic who dominated their first encounter – and while it would not be at all surprising to see the same outcome unfold – Ngannou will come in with plenty of confidence on the back of four successive knockout wins.

With the intriguing card quickly approaching, Sportsmail takes you through the important information you need to know. 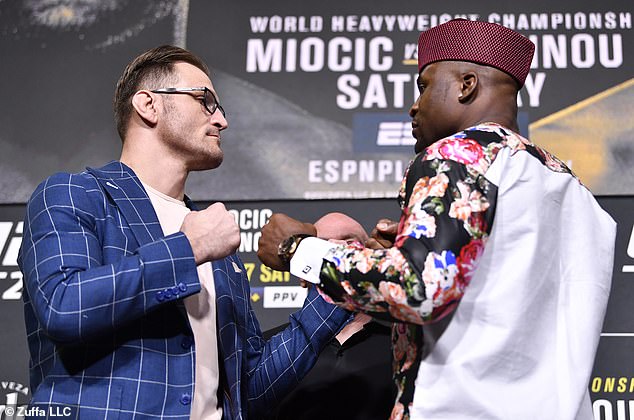 When is Miocic vs Ngannou 2?

The highly anticipated showdown between Miocic and Ngannou takes place in the early hours of Sunday, March 27 at the Apex in Las Vegas.

The main event will get underway at around 5am for those in the United Kingdom, with the main card starting at approximately 3am.

Fight fans won’t have to stay up too late for the action to begin, however, with the prelims starting at 1am.

Much to the delight of fight fans in the United Kingdom, the mouthwatering clash between Miocic and Ngannou is not a pay-per-view event.

Yes, the action will be shown live on BT Sport 2, with existing customers able to watch the fights either on television or by streaming it on the BT app or website.

Non-subscribers can also watch BT content by purchasing a monthly pass for £25 with no contract involved.

Additionally, EE customers can watch the event FOR FREE by including BT Sport to their existing deal at no additional cost.

To do so, you’ll have to log in to EE and select the BT Sport app, which can also be shown on the big screen by texting SPORT to 150, after which a three-month trial will start.

Meanwhile, those in the United States can watch the action on ESPN+ and UFC Fight Pass, the latter of which will also be showing the early prelims.

Miocic vs Ngannou: The records 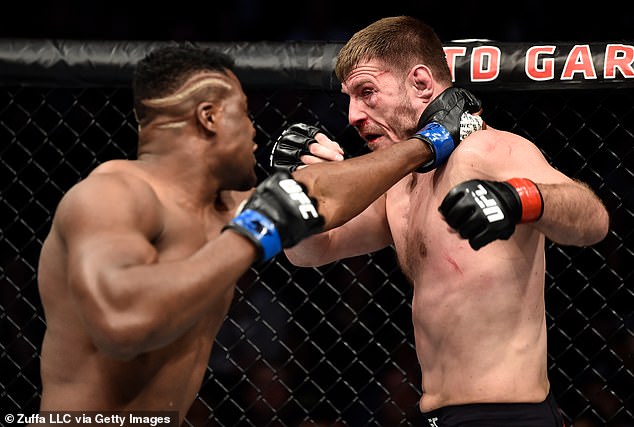 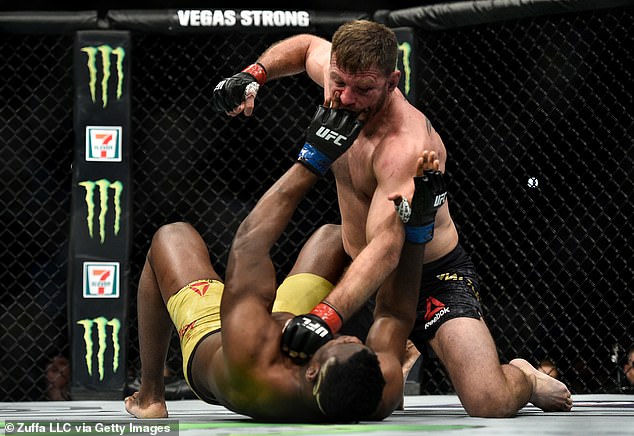 Speaking at the UFC 260 press conference ahead of the fight, Ngannou insisted he does not recongise the man who lost first time round to Miocic, admitting he finds it difficult to watch back.

‘I remember the first fight from the preparation,’ he said. ‘I’m not taking credit off Stipe, he was the better fighter that night but I hate watching that fight because I don’t recognise myself, the way that I’m fighting, I’m rushing.

‘That guy looks like me but I don’t recognise him. I made a lot of mistakes leading up to that fight and I wasn’t myself.

‘I didn’t even have emotion in that fight, I was just there. This time, things will be different, I had enough time with my team to put everything down right.’

With Ngannou on an impressive knockout streak, Miocic does acknowledge that he’s going to be in with an improved fighter this time round.

However, the American insists he will get the job done regardless.

‘He’s definitely got better,’ the champion said. ‘We all evolve, he’s evolved and of course I knew I’d probably see him down the road after the first fight.

‘Listen, it will be a hell of a fight on Saturday. He has evolved you can tell, but I’m here to extinguish him again.’

Miocic vs Ngannou 2: The card in full

Prelims – from 1am UK

From Biden's aviators to Lincoln's hat, a look back at past presidents' iconic styles

Stefanik emerges from candidate-forum as front runner to replace Cheney