Molly Sims, 48, displays her slim physique in a plunging black swimsuit while enjoying a private boat day with husband Scott Stuber, 52, in Capri


They’ve been living it up on the coast of Italy.

And on Monday, Molly Sims, 48, displayed her slim physique in a plunging black swimsuit while enjoying a private boat day with husband Scott Stuber, 52, in Capri.

Taking to Instagram, the model shared snaps of herself in the sleek swimwear, which she accessorised with chunky gold jewellery and a classic pair of shades. 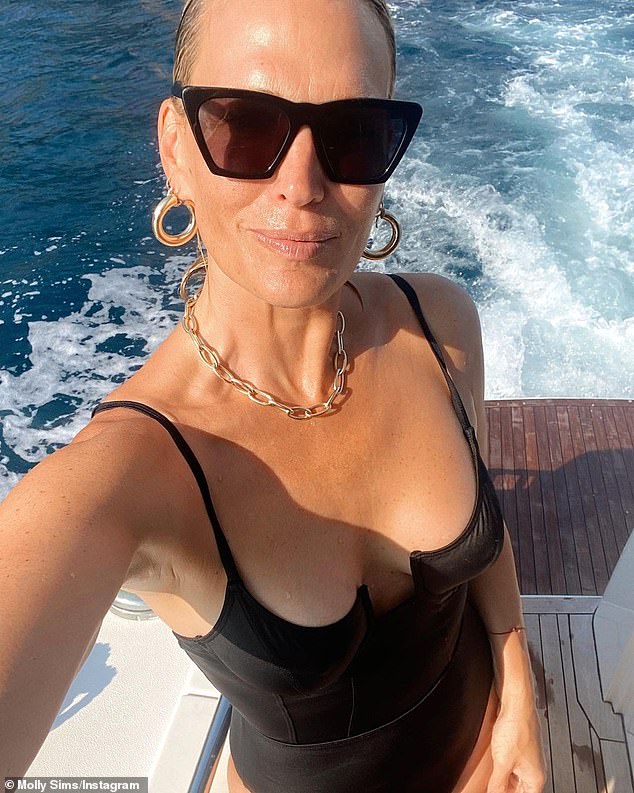 Molly captioned her upload: ‘No labor was done on this Labor Day.’

Labor Day is celebrated annually in the United States on the first Monday in September and recognizes the American labor movement.

The couple wed in 2011 and welcomed their oldest son, Brooks Alan, the following June. They then added their daughter, Scarlett May, to their family in 2015. Their youngest child, Grey Douglas, was born in 2017.

During an interview with SheKnows, Sims spoke about how she has adopted a highly organized approach to managing her children’s schedule, which has had a positive effect on her mental health. 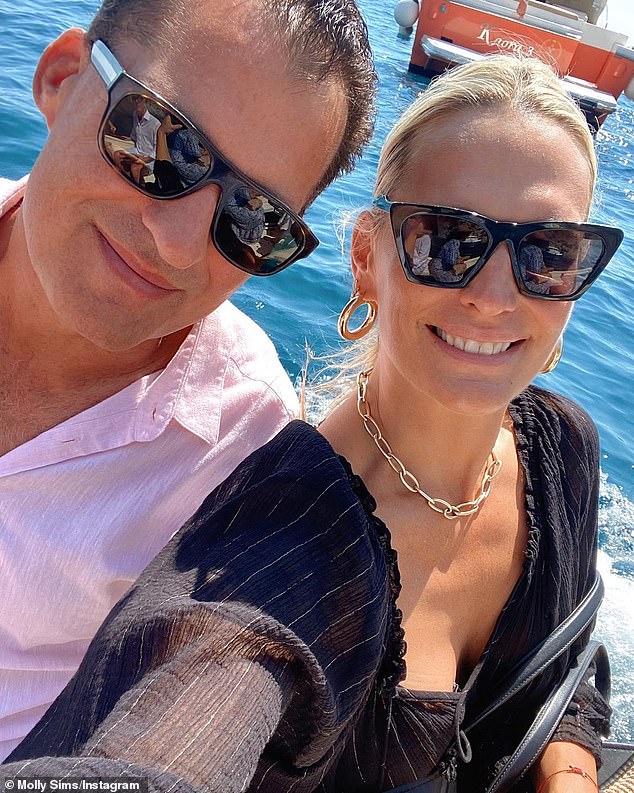 Couple goals: Taking to Instagram, the model shared snaps of herself in the sleek swimwear and a shot of herself with husband Scott Stuber, 52, 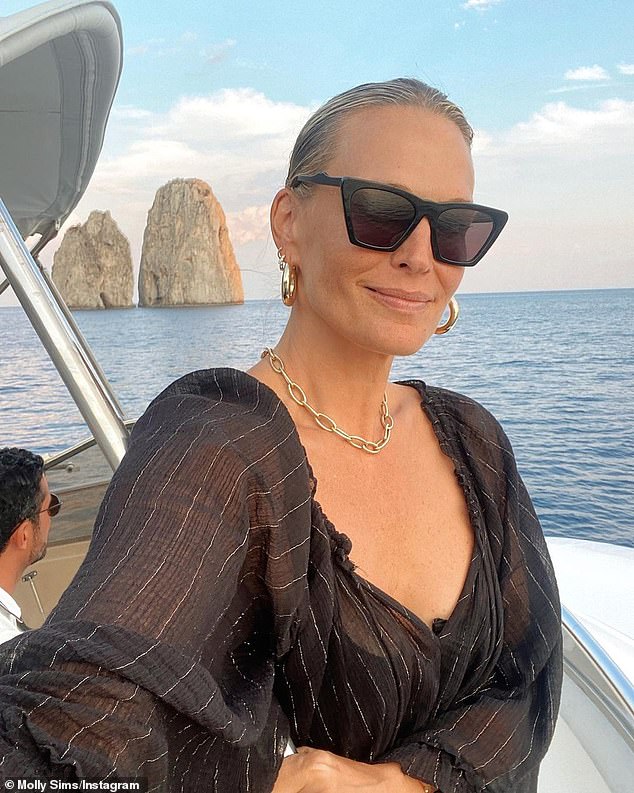 Gorgeous: She accessorised with chunky gold jewellery and a classic pair of shades

‘Each of my kiddos are color coded so I know who goes where, and I have my own color for work. Everything goes in the calendar like time, location and parking info. It makes my life run smooth,’ she said.

The performer also spoke about how she had begun following Instagram accounts and listening to podcasts that focused on the experience of motherhood.

She pointed out that she did so in an effort to alleviate ‘the struggles of parenting. It makes us moms feel less alone and have a community to rely on.’ 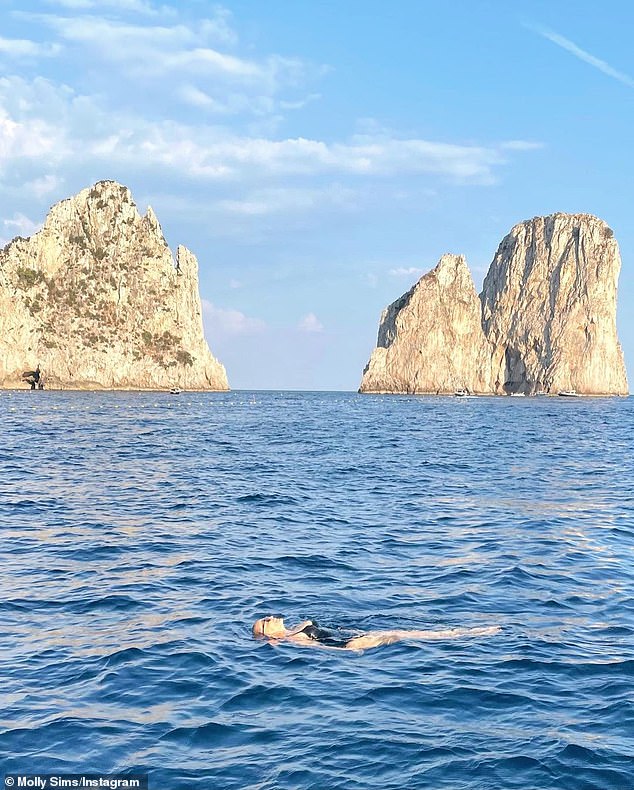 Swimming without sharks: The star later said she did not put any labor in Labor Day 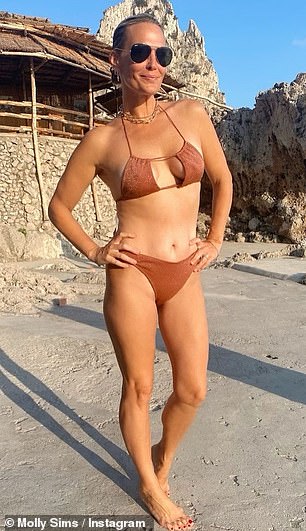 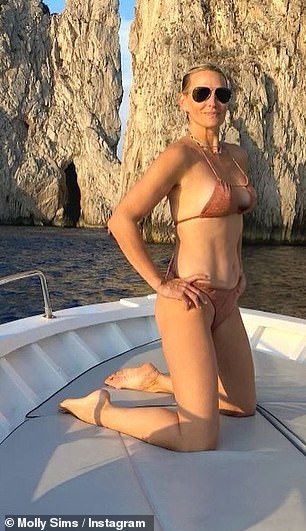 Sims speed: The Vegas star was previously seen in a nude string bikini in Capri as she joked, ‘I’m so sad I’m missing soccer today’

Molly previously gushed over her husband in an interview, where she revealed what first attracted her to the handsome Patriots Day producer. ‘He is so great at wearing so many hats, but at the same time being real,’ she began.

The blonde bombshell added, ‘And it just struck a chord at that time in my life when I was really trying to figure out my lane.’ He is best known for producing three movies with Jennifer Aniston: The Break-Up, Love Happens and Christmas Office Party.

Stuber has also produced The Internship with Vince Vaughn and Free State Of Jones with Matthew McConaughey. And he’s made several movies with Mark Wahlberg, including Ted 2.