Tax cigarette giants to stub out littering: MPs call for tobacco companies to pick up the tab for cleaning butt-strewn streets

By Colin Fernandez Environment Correspondent For The Daily Mail

Even as many smokers kick the habit, cigarette butts remain the most common form of litter blighting our towns and countryside.

The scourge is so widespread that the bill for clearing up the mess is officially estimated at around £40million a year.

With the burden of that cost falling largely on already stretched councils, ministers are now considering forcing tobacco firms to pay an extra tax to help fund the clean-up. 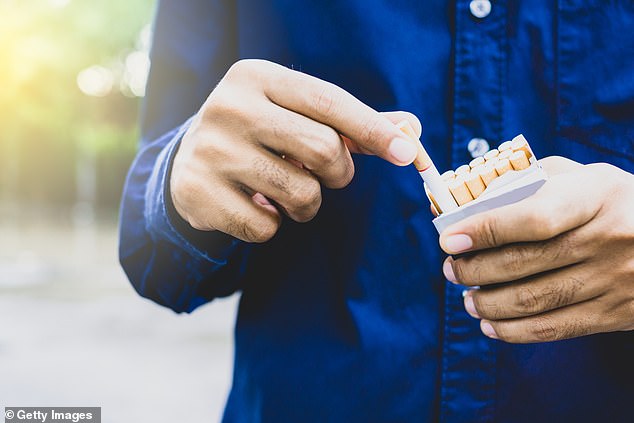 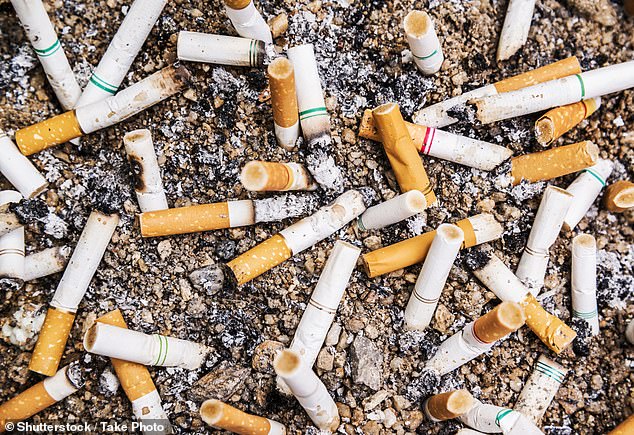 The move to impose a plastic tax follows attempts to tax chewing gum, which also costs millions to clean off pavements every year

Efforts to get the industry to voluntarily take financial responsibility for the disposal of butts and other detritus have been unsuccessful.

Other potential solutions such as encouraging smokers to carry around portable ashtrays have, unsurprisingly, also never taken off.

Cigarette filters are especially harmful because of their high content of plastic fibres and the toxic chemicals from the cigarette itself.

Butts can stay in the environment for many years and release these chemicals into the air, soil and water, harming plants and wildlife.

Imposing a tax on single-use plastic – which a cigarette butt effectively is – would be made possible by a new power currently being legislated for in the Environment Bill.

Plastic in filters poisoning the sea

Every year an estimated 300,000 tonnes of tiny plastic fragments from cigarette butts end up in the world’s rivers, lakes and seas, a study suggests.

Each filter is composed of 15,000 strands of cellulose acetate fibre with plastic additives. These can break off as ‘unnatural and hazardous’ microfibres which end up being swallowed by aquatic animals, the researchers say.

With butts taking up to 15 years to degrade, they accumulate in high concentrations, increasing the risk that harmful substances will enter the food chain. A team from the Polytechnic University of Catalonia in Barcelona, Spain, found that filters left in fresh or salty water released about 100 microfibres every day.

Their study, published in the journal Science of The Total Environment, estimated the worldwide toll by analysing national smoking trends and water treatment rates.

‘We will see widespread harm in the natural environment within the next 50 to 100 years unless we take action,’ said Professor Richard Thompson, head of the International Marine Litter Research Unit at Plymouth University.

This would require the tobacco industry to pay the full disposal costs, with the Government leaning towards a tax ‘to ensure that the industry takes sufficient financial responsibility for the litter created by its products’.

The move follows attempts to tax chewing gum, which also costs millions to clean off pavements every year.

And it comes as Keep Britain Tidy launches the Great British Spring Clean – proudly supported by the Daily Mail – the national litter-picking effort which takes place between May 28 and June 13 this year.

Environment minister Rebecca Pow said: ‘Cigarette butts are a blight on our communities, littering our streets or ending up washed down the drain and polluting our rivers and oceans.

‘We must all take action to protect our environment. We are committed to making sure that the tobacco industry plays its part. That is why we are exploring how cigarette companies can be held fully accountable for the unsightly scourge of litter created by their products.’

Public health minister Jo Churchill added: ‘We are making excellent progress in our ambition to be a smoke-free country by 2030

‘While this is making a substantial impact on public health, the environmental impact of smoking due to cigarette butt and package littering is still a major issue.’

The Mail has consistently campaigned against plastic pollution, winning major victories on a charge for single-use plastic bags and a ban on plastic microbeads in cosmetics.