By Ryan Morrison For Mailonline

NASA has released a new image taken by the Mars Reconnaissance Orbiter showing stunning frosty sand dunes within a 3 mile crater on the planet’s northern planes.

Taken in February, the picture reveals some detail about the formation of gullies on the Red Planet, made as ice melts with the changing seasons.

Some of the dunes within the field appear to have separated from the main group, NASA said, and look to be climbing up the crater slope along a gully-like form.

NASA’s Mars Orbiter has been capturing images of Mars since 2006, sending back gigabytes of photographs and revealing new details about the ancient world. 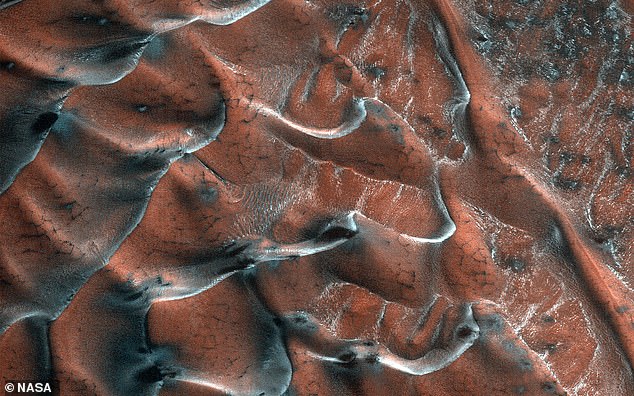 This latest image was taken by the High Resolution Imaging Experiment (HiRISE) camera on the Mars Reconnaissance Orbiter 196 miles above the Martian surface.

It shows a ‘field of sand dunes’ within a frost covered crater at the high-latitudes of the Red Planet’s northern planes, revealing gullies likely formed by melting ice.

The surface of the main dune field is covered in a series of dark-toned polygonal patterns. These may be the result of a seasonal frost process, NASA said.

Several of the steeper dune slopes, pointing in the downwind direction, host narrow furrows suggesting the start of gully formation. Possibly from the melting ice.

One of the primary goals of the orbiting spacecraft is to find evidence that water once flowed across the surface of the Red Planet, how long for and whether it did so in enough quantity and for long enough that life could evolve.

Discovering evidence of melting ice and the formation of gullies adds to the scientific understanding of the planet.

The crater floor contains a variety of textures, including ones covered in lobes, alongside striped patterns that indicate seasonal thaw caused by sublimating ice. 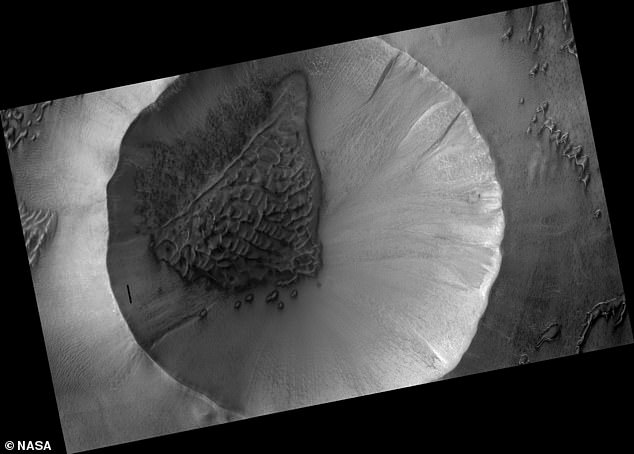 Except that they are generally not defined by distinctive alcoves, incised channels, or sediment aprons, that are seen in gullies elsewhere on the planet.

This has left questions open to exactly how they formed, what they are and why they appear to be different to gullies elsewhere on Mars.

Future orbiters, as well as work from the likes of the Curiosity and newcomer Perseverance rover, will help to answer some of these questions. 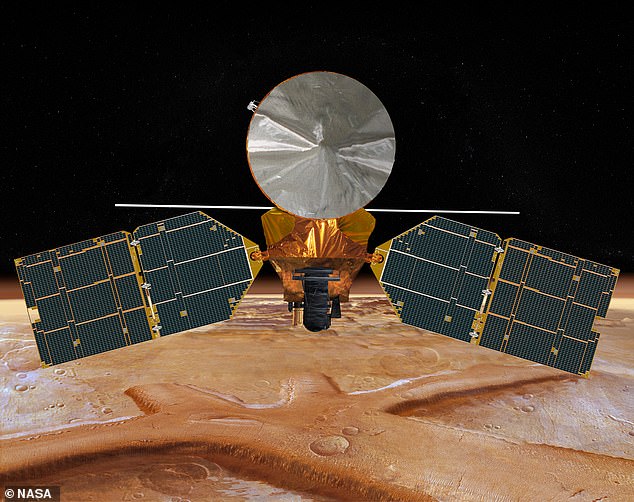 NASA’s Mars Orbiter has been capturing images of Mars since 2006, sending back gigabytes of photographs and revealing new details about the ancient world

The Mars Reconnaissance Orbiter has six different instruments onboard, capable of studying ever level of the Red Planet, including underground layers.

NASA hopes to keep it operating until at least 2030, as it has been used in sending data back from both rovers, adding it could even operate longer.

It was used to capture the landing phase of Perseverance as it headed to the surface, as well as revealing the rover as a ‘tiny dot’ on the vast orange surface.

WHAT IS THE MARS RECONNAISSANCE ORBITER?

The Mars Reconnaissance Orbiter (MRO) searches for evidence that water persisted on the surface of Mars for a long period of time.

In November 2006, after five months of, it entered its final science orbit and began its primary science phase. 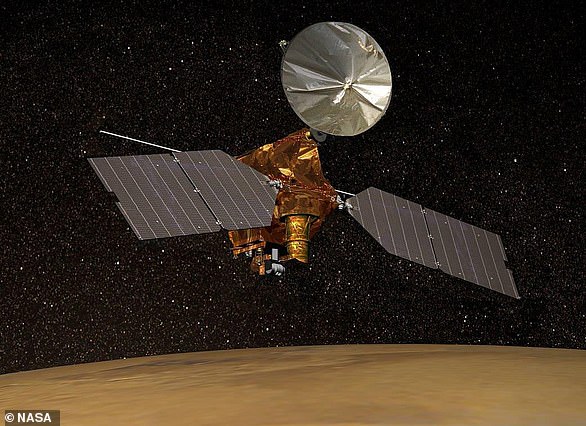 Since its arrival, MRO and its High Resolution Imaging Science Experiment (HiRISE) telescope have been mapping the martian surface, which has been taking shape for more than three billion years.

MRO’s instruments analyse minerals, look for subsurface water, trace how dust and water are distributed in the atmosphere, and monitor daily weather in support of its science objectives.

MRO’s missions have shown that water flowed across the Martian surface, but it is still unknown whether water persisted long enough to provide a habitat for life.