These never-before-seen videos show late rapper DMX performing for inmates inside a Manhattan prison while he was serving time for tax fraud, DailyMail.com can reveal.

The rap icon passed away on April 9 at the age of 50 after suffering an apparent drug overdose and heart attack at his home in White Plains, New York.

The multi-platinum selling musician, whose real name was Earl Simmons, was no stranger to prison and had been incarcerated 30 times in his life.

These exclusive videos were taken in 2018 when the superstar was incarcerated at the Metropolitan Correctional Center New York after violating the conditions of his release for tax fraud by failing a drug test. 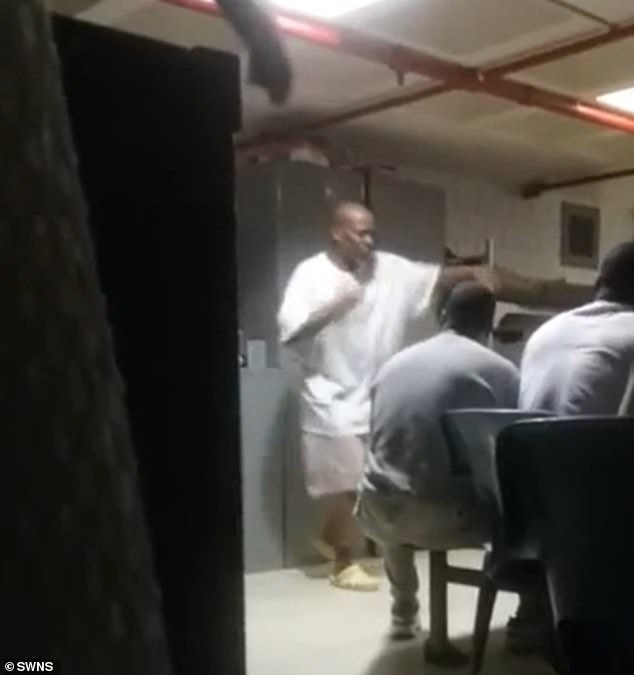 DailyMail.com has obtained exclusive video showing DMX rapping for inmates in Manhattan prison while serving time for tax fraud in 2018 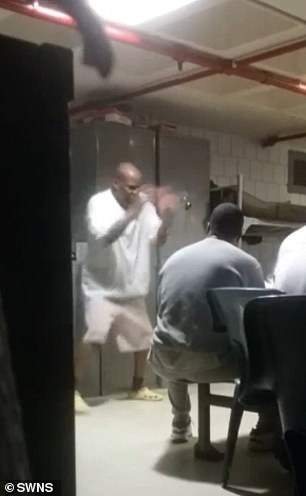 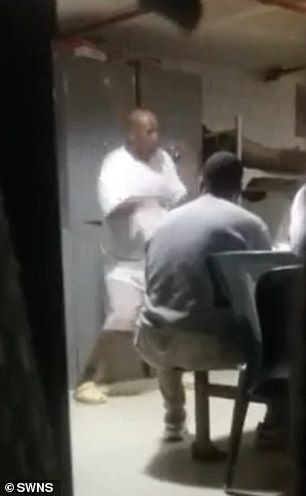 DMX can be seen energetically rapping in front of his fellow inmates. The inmate who shot the footage told DailyMail.com, ‘He occasionally rapped for us. It was what he loved to do’

The rapper can be seen energetically rapping in front of his fellow inmates in the prison dormitory.

The source who took the footage and has asked to remain anonymous said that prisoners asked DMX to rap for them as he was being transferred to another facility and he obliged. 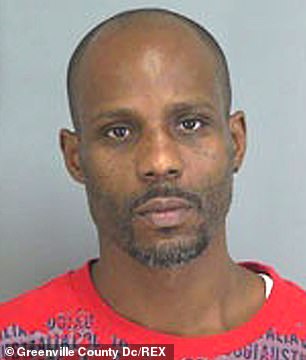 The multi-platinum selling musician, whose real name was Earl Simmons, had been incarcerated 30 times in his life. Pictured in a 2013 mugshot

‘We were talking to each other right before he left,’ the inmate said.  ‘Someone asked if he could rap for us.

‘I had a cell phone and I recorded it as he was doing it.’

The source added that the star, who rose to prominence in the 1990s with fellow New York rappers Jay-Z and Ja Rule, got along well with his fellow inmates.

‘He was regular, considering the circumstances,’ they said. ‘He got along swell with the other inmates.

‘We were there together for six months and then he got shipped to another jail.

The source said that he and other inmates asked DMX about celebrity life and what it was like living in the spotlight.

‘We asked him about the things that go on in Hollywood,’ they said. ‘When he was around the guys, he seemed normal.’

The former inmate said that this wasn’t the only time that DMX rapped behind bars.

‘He occasionally rapped for us,’ he said. ‘It was what he loved to do. If someone asked him to do it, he would do it.

The source said he grew up listening to DMX and said it was ‘amazing’ to ‘be next to him and see it up close’.

The source added that he was saddened by the news of DMX’s death last week.

‘I felt bad. I grew up listening to him so it felt like a big deal.’ 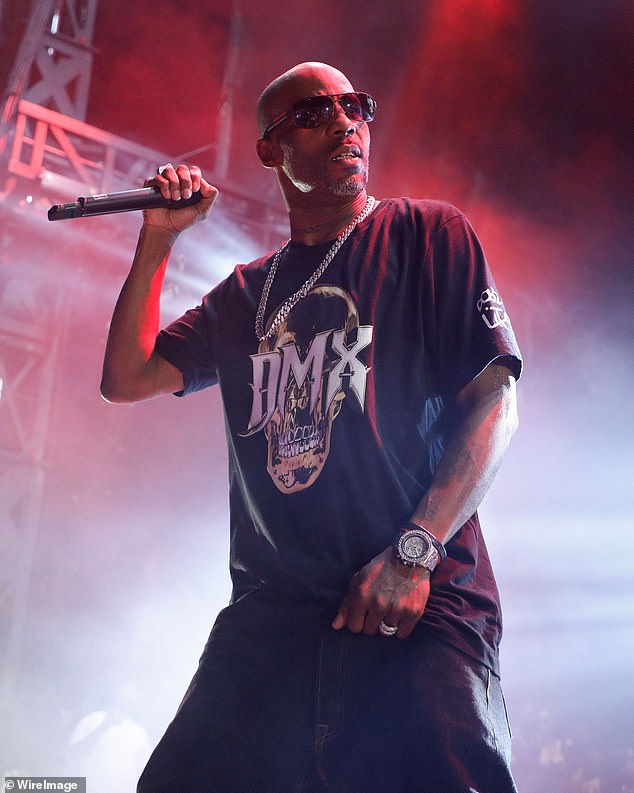 The rap icon passed away on April 9 at the age of 50 after suffering an apparent drug overdose and heart attack at his home in White Plains, New York 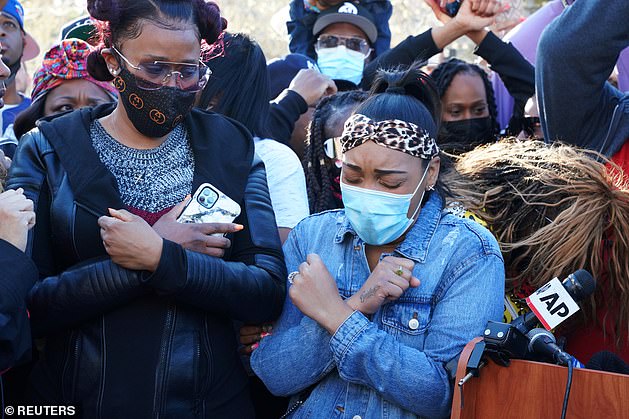 A prayer vigil was held by family, friends and fans outside the hospital where DMX was receiving care in White Plains, New York, before it was announced that his organs had failed

DMX’s family confirmed the news in a statement saying: ‘We are deeply saddened to announce today that our loved one, DMX, birth name of Earl Simmons, passed away at 50 years old at White Plains Hospital with his family by his side after being placed on life support for the past few days.’

The news came after his vital organs had failed, that he had ‘not regained any brain function’ and that his condition had not improved after a series of tests that were performed at White Plains Hospital, New York.

‘Earl was a warrior who fought till the very end. He loved his family with all of his heart and we cherish the times we spent with him,’ the statement, shared via People, continued. ‘Earl’s music inspired countless fans across the world and his iconic legacy will live on forever.’

‘We appreciate all of the love and support during this incredibly difficult time. Please respect our privacy as we grieve the loss of our brother, father, uncle and the man the world knew as DMX. We will share information about his memorial service once details are finalized.’