The NHS is set to spend almost £100million to improve maternity care in England following a damning report at a scandal-hit trust.

In December last year, an independent inquiry found babies’ skulls were fractured and medical staff at Shrewsbury and Telford Hospital Trust, Shropshire, blamed grieving mothers for the deaths of their children.

Now, NHS England has committed to investing £95million for workforce numbers, training and development programmes to support culture and leadership as well as strengthening board assurance and surveillance to identify issues earlier. 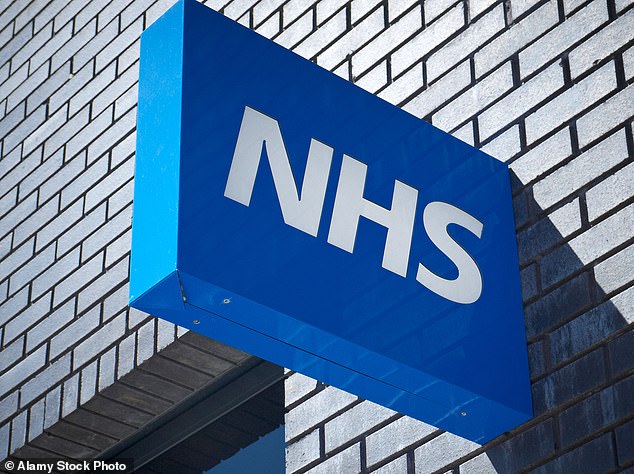 The inquiry into deaths and allegations of poor care at Shrewsbury and Telford Hospital Trust was set up in 2017 and is reviewing 1,862 families – making it ‘the largest number of clinical reviews undertaken relating to a single service, as part of an inquiry, in the history of the NHS’.

Former senior midwife Donna Ockenden’s report said ‘one of the most disappointing and deeply worrying themes’ was the ‘reported lack of kindness and compassion from some members of the maternity team at the trust’.

The chief executive of the trust apologised for the ‘pain and distress’ caused to mothers and families due to poor maternity care – after the review found staff had been ‘flippant’, ‘abrupt’ and ‘dismissive’.

The review also said the deaths of Kate Stanton Davies in 2009 and Pippa Griffiths in 2016, whose families had campaigned for an independent review into maternity care at the trust, ‘were avoidable’.

The decision at the NHS England board on Thursday said follow-on funding would be subject to decisions in future years. 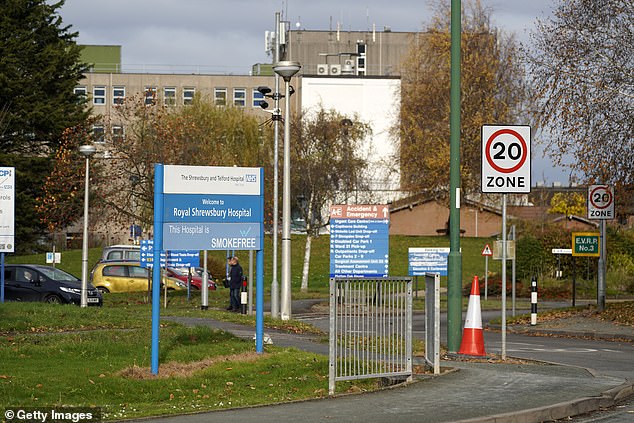 In December last year, an independent inquiry found babies’ skulls were fractured and medical staff at Shrewsbury and Telford Hospital Trust, Shropshire, blamed grieving mothers for the deaths of their children. Pictured: The Royal Shrewsbury Hospital

In the agenda for NHS England’s board meeting, it read: ‘The NHS is committed to providing safe, compassionate maternity services.

‘While there has been clear progress over last five years of the Maternity Transformation Programme (MTP), Donna Ockenden’s first report (the Ockendon report) has highlighted variation and women and their families are not always receiving the care that they should.

‘The seven “immediate and essential actions” (IEAs) outlined in the Ockendon report include local, system and regional actions. We have introduced a quality assurance (QA) process to evaluate compliance against the seven IEAs, and to then support those organisations requiring improvement plans to reach full compliance.

‘As a first step, we are also investing £95million in the three overarching themes that have been identified; workforce numbers, training and development programmes to support culture and leadership, and strengthening board assurance and surveillance to identify issues earlier, thereby enabling rapid intervention.’

Professor Jackie Dunkley-Bent, NHS England’s chief midwifery officer, said: ‘Thanks to the efforts of NHS staff, there have been huge improvements in maternity services for women in England over the last decade – from fewer still births and better post-birth check-ups for new mums, to safely supporting the birth of up to 600,000 babies during the pandemic.

‘Today’s report shows not just how safe it is to give birth in this country, but how we plan to make new and expectant mums’ experience of care better.

‘The funding means we can build on and accelerate progress and make maternity services in England safer and better for women, babies and their families.’

The findings of the Ockenden Review have detailed a number of ‘shocking’ examples of maternity care failings by Shrewsbury and Telford Hospital NHS Trust. Here are some of the most high-profile findings from the review:

One patient said staff were ‘dismissive’ and the obstetrician ‘flippant’ and ‘abrupt’ after they described the woman as ‘lazy’. Another woman was left ‘screaming for hours’ before problems that required intervention were identified. The attitude of the midwives reportedly made the situation worse.

– Place of birth: Assessment of risk

One woman who delivered in a stand-alone birth centre suffered a catastrophic haemorrhage requiring transfer to the consultant unit, where she died. The family said they were not informed of the risks of birth in a midwifery unit. Another patient who laboured at the birth centre was not adequately monitored as ‘the unit was busy’. There was a delay in transferring the mother to the labour ward and the baby was delivered in a poor condition having suffered a brain injury.

– Clinical care and competency: Management of the complex

There was a delay in treating a woman’s severe high blood pressure and, following delivery, there was a further delay in seeking senior clinical advice. She died later in another hospital.

One woman who was admitted with contractions and early signs of infection late in her second trimester of pregnancy was seen by a junior doctor and discharged without higher level assessment. Several hours later she was readmitted and her baby was born premature.

– Management of labour: Monitoring of fetal wellbeing, use of oxytocin

Some mothers were regularly given the drug oxytocin which increases contractions. One woman was in labour and there were fetal heart rate concerns. Despite the abnormal cardiotocograph (CTG), oxytocin use was continued throughout the labour. At the caesarean section, there was evidence that there had been an obstructed labour. The baby suffered from hypoxic brain injury and died some months after birth.

Another patient who was admitted in normal labour had CTG abnormalities in the second stage which were not recognised, it was also not recognised that the maternal heart rate was being recorded rather than the fetal heart rate. The baby was born in poor condition, developed hypoxic brain injury and died several months later. For other mothers, the medication was used where babies had already demonstrated a dangerous heart rate and long delays meant some babies were left with brain injuries such as cerebral palsy.

A woman whose baby died after a particularly traumatic delivery was seen by the consultant afterwards. The consultant was described as having ‘no compassion or understanding of the trauma experienced’. A mother whose baby died 17 hours after birth said she and her partner were offered ‘no support’ and hospital staff were ‘lacking in compassion and actually making it so many times worse’.