Norway 0-3 Turkey: Erling Haaland’s side frustrated by opponents in World Cup qualifier as Ozan Tufan’s double and Caglar Soyuncu header make it a brilliant week for Senol Gunes’s side after beating Holland earlier this week

Ozan Tufan scored two superb goals as Turkey cruised to a comfortable 3-0 win over Norway, who had substitute Kristian Thorstvedt sent off late on in the Group G World Cup qualifying clash on Saturday.

Playing their home game in Malaga due to coronavirus restrictions in Oslo, the Norwegians protested about the Qatar World Cup for the second time in four days by wearing t-shirts that called for human rights to be respected.

The players also held up their left hands, mirroring the international logo for human rights. 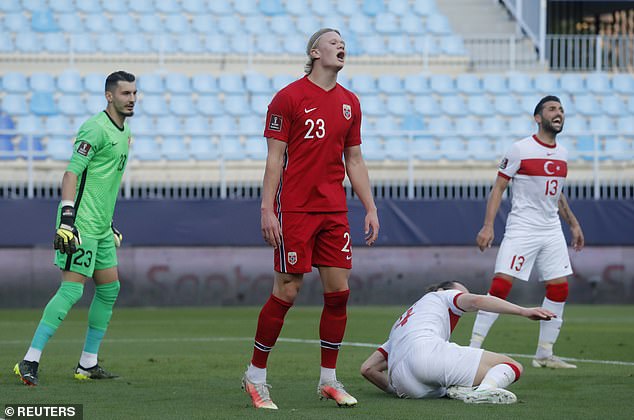 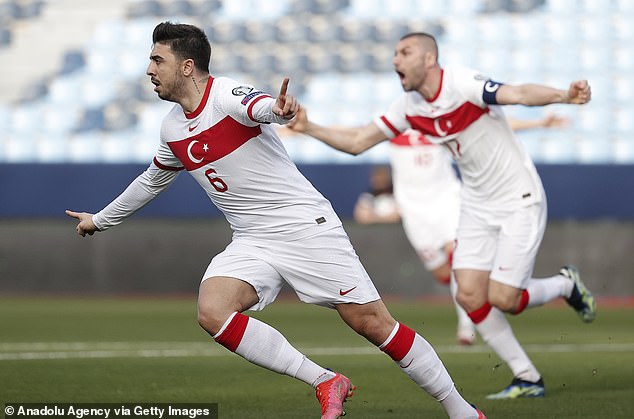 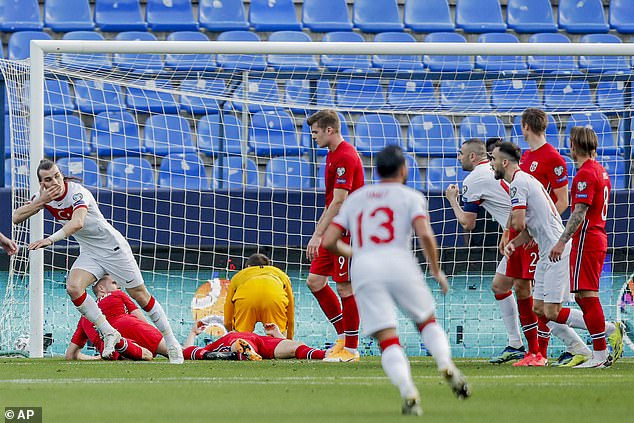 They quickly fell behind as Yusuf Yazici sliced their defence open down the left and put in a low cross for the late-arriving Tufan to rifle home in the fourth minute.

Alexander Sorloth could have put his side level in the 26th minute, but his powerful shot cannoned back off the post and it proved to be a costly miss when Caglar Soyuncu was left unmarked to head home Yazici’s corner two minutes later.

Sorloth and Erling Haaland went close from an early second-half corner but their night was effectively ended when Tufan netted Turkey’s third with a glorious curling shot that flew in at the far post to make it 3-0 just before the hour mark. 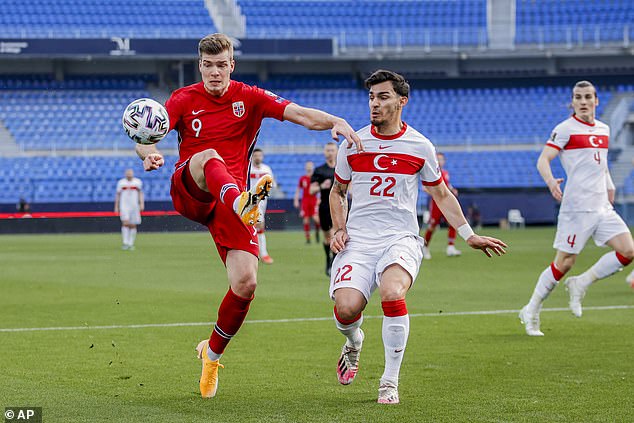 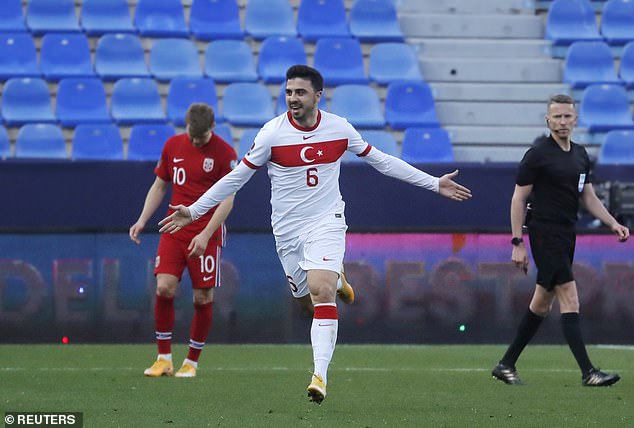 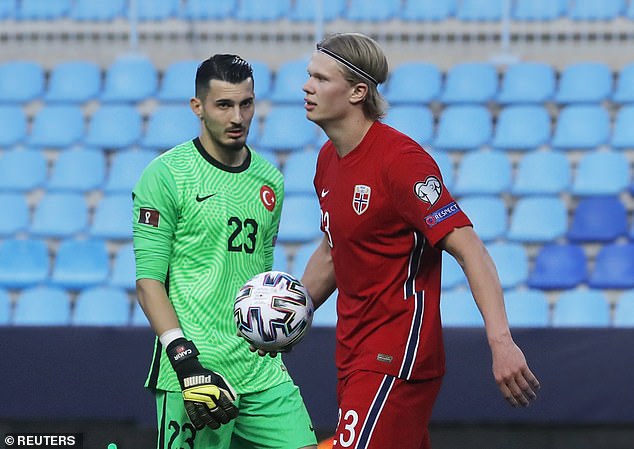 Haaland had the ball in the net shortly afterwards but his effort was ruled out for offside and Turkey held on for a comfortable win to top Group G with six points after two games, ahead of Montenegro on goal difference.

Netherlands, who beat Latvia 2-0 are third on three points, with Norway fourth on goal difference.