Kylian Mbappe ‘will NOT play for France at this summer’s Tokyo Olympics’ with PSG star instead ‘focused on sorting out his club future’, with just a year left on his contract amid interest from Real Madrid

Kylian Mbappe has informed the French FA that he will not take play for his country at this summer’s Olympic Games in order to resolve his club future, according to reports in his home country.

The Paris Saint-Germain star has just one year left on his contract at the Ligue 1 champions and has been linked with a sensational move to Spanish giants Real Madrid.

The 22-year-old – who is set to lead the line for Didier Deschamps side at June and July’s delayed European Championships – would be available to play for his country in Japan because he is under 23 years of age, with each country allowed only three players over that age limit. 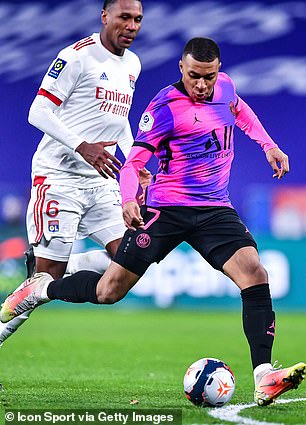 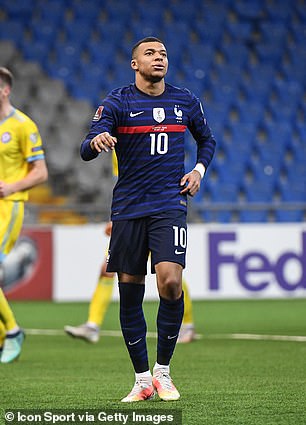 But according to Le Parisien, Mbappe has informed the national body he will not represent his nation in July and August at the Games because he is focused on sorting out his club future instead.

But Madrid may have their work cut out with reports in France earlier this month stating PSG are willing to offer the France World Cup winner an increase of £4million on his current £21m salary to stay at the Parc des Princes.

Mbappe insisted earlier this year he would not rush into any decision and would think long and hard before committing his future to any club, with the latest news appearing to support that theme. 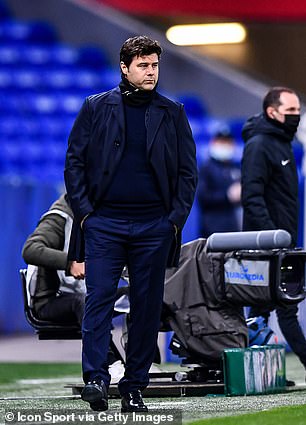 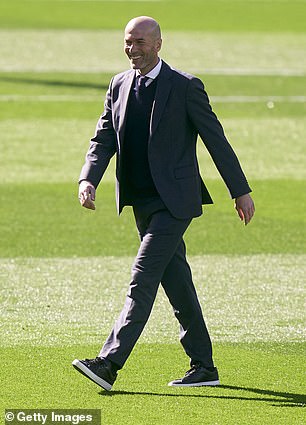 He told Telefoot: ‘We are talking with the club. I said that I am reflecting on it too, because I think it is a signature, that if I sign, I am investing myself for the long term into PSG.

‘I want to think about what I want to do in the coming years, where I want to be, and that is now I will be reflecting on it.

‘I think that yes, I will have to soon make a decision. But for now I am in deep thought. 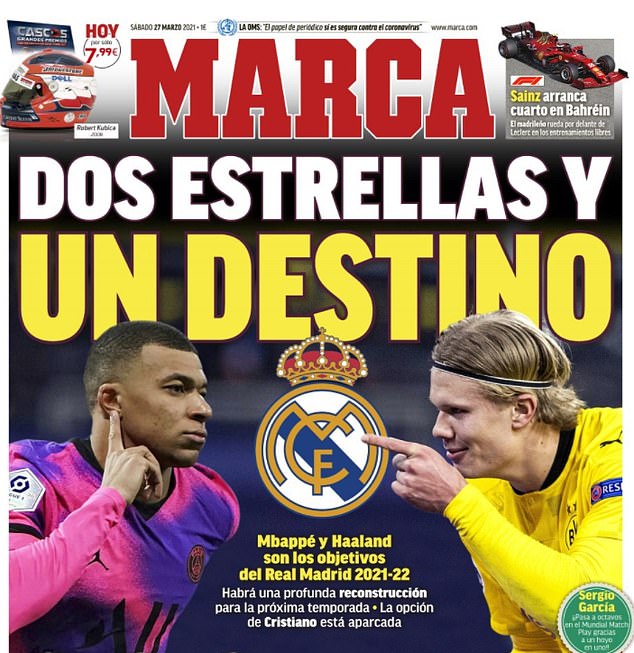 ‘If I had the answer today, I would have given it today. This is not a desire to take up time, it is just to really think about it.

‘I don’t want to sign a contract and then one year later say I want to leave because I did not want to sign the contract. If I sign, it is to stay. That is why it requires thought.’

Mbappe has scored an incredible 30 goals from just 36 games this season for Mauricio Pochettino’s men, to go along with nine assists also across all competitions.