By Tomas Hill Lopez-menchero For Mailonline

Paul Ince has called on Manchester United to make an audacious move for Manchester City striker Sergio Aguero on a free transfer this summer.

The Argentine has written himself into City folklore during his 10 years in England, scoring a club record 257 goals to fire United’s fierce rivals to four Premier League trophies – including his stoppage-time winner to seal the title at the expense of the Red Devils in 2012.

But Aguero’s future at the Etihad is in doubt with his contract expiring in the summer and former United star Ince thinks his former club could surprise everyone by signing the striker in a bombshell transfer reminiscent of Eric Cantona’s acrimonious switch from fierce rivals Leeds in 1992. 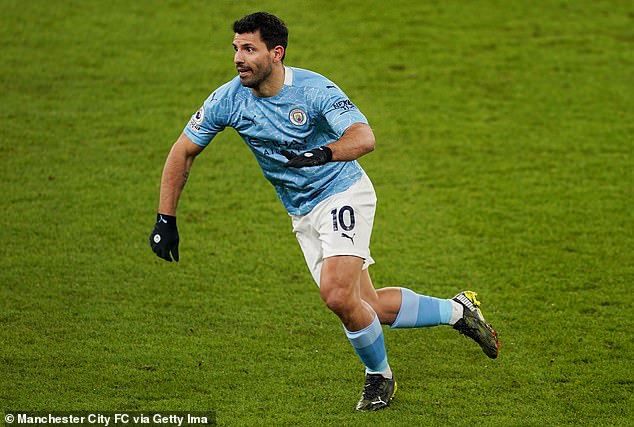 ‘It’s not as if Harry Kane and Erling Haaland are the only two answers for Man United,’ Ince said in an interview with Ladbrokes.

‘Sergio Aguero might be leaving Man City, why shouldn’t United make a move for him?

‘You could see it now; if he wanted to stay in the Premier League and he’s living in Manchester, then I don’t think it would be a bad thing at all if they went and got Aguero.

‘It can happen, who knows? You’ve got to ask the question if you’re United because you never know.

‘It happened with us back in 1992 when Howard Wilkinson was asking Sir Alex Ferguson about Denis Irwin.

‘Fergie said there’d be no chance of that happening and suggested Leeds sold Cantona to them and within a couple of days that deal was done.

‘It was just Fergie throwing a name out there and taking a chance, trying his luck. Maybe that’s what Ole Gunnar Solskjaer should do with Aguero this summer.’

Cantona went on to be one of the most influential signings in United’s history following his £1.2million move, scoring 81 goals and inspiring Ferguson’s side to four top-flight titles during his five years at Old Trafford. 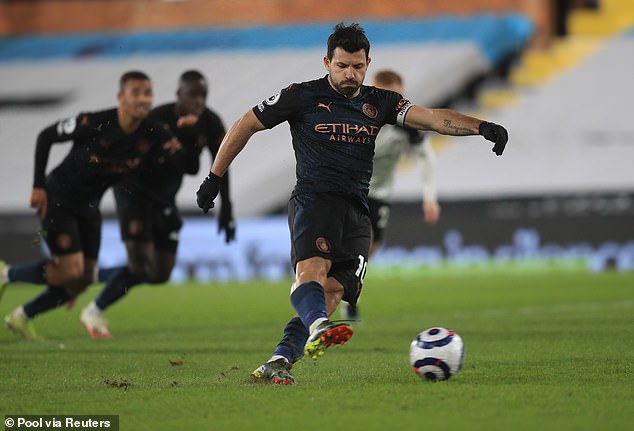 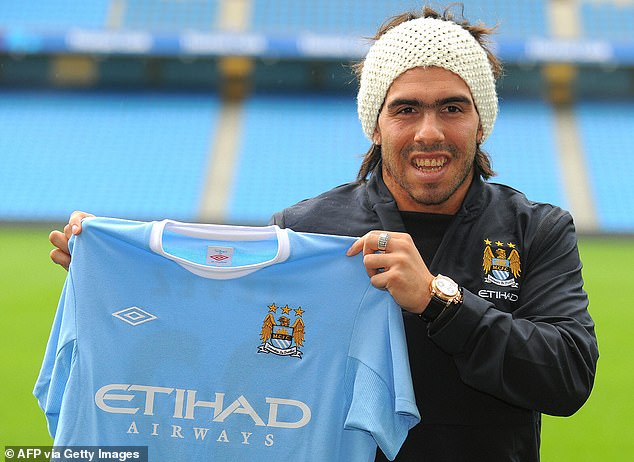 Aguero’s contract at City is set to expire at the end of the season, and this week Sky Sports reported that Pep Guardiola’s side had identified Southampton’s Danny Ings as a possible replacement should he leave.

City are also said to be one of the frontrunners to sign the highly-coveted Haaland after the 20-year-old’s goalscoring exploits for Borussia Dortmund.

Aguero has played just eight Premier League matches this season due to knee and hamstring injuries, as well as testing positive for Covid-19. His penalty in City’s 3-0 win against Fulham this month was his first goal of the domestic campaign.

A move to the Sky Blues’ cross-city rivals would bring to mind Carlos Tevez’s controversial swap in the other direction following Sheikh Mansour’s takeover in 2008.

Aguero’s compatriot signed for City in 2009 after two seasons at United, during which time he helped them win the Champions League.

City rubbed their rivals’ noses in it with a famous ‘Welcome to Manchester’ sky blue poster showing Tevez celebrating, which was unveiled in the city centre.

Tevez went on to spend four years at United’s ‘noisy neighbours’ and captained them to FA Cup glory and also played a part in their first Premier League triumph.

Stephen Miller: 'Joe Biden has shut down ICE,' leading to a 'travesty' at the southern border

EDEN CONFIDENTIAL: Sir Mick Jagger's girlfriend 'joins him in the Med' (while UK tourists must wait)