One was wrong! People reveal the things they once mistakenly thought were ‘posh’ including Yankee Candles and Galaxy chocolate (but which make YOUR list of luxuries?)

By Kate Dennett For Mailonline

People have revealed the things they used to think were ‘posh’ in a light-hearted thread, from Yankee candles to cruises.

The Mumsnet thread was started when an anonymous British woman revealed her partner ‘laughed’ at her for thinking The Range, which sells affordable home and garden products, was high end.

She explained: ‘I have never been to The Range, I always thought it was a posh garden centre. My partner has laughed at me and said its basically a Wilko with plants. I still think that sounds pretty cool though!’

Following her revelation, she urged others to share the times they’ve ‘expected something to be posh, only to have their hopes and dreams dashed’ – with some of the most amusing responses including Galaxy chocolate and ready meals. 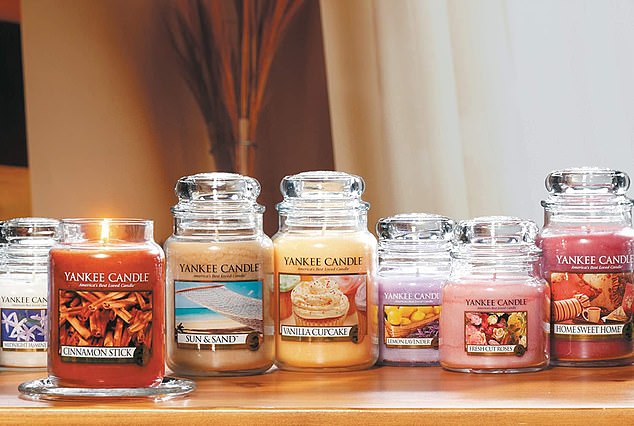 The British woman took to Mumsnet to share her own confession, admitting that she always thought home store The Range was a ‘posh garden centre.’ She also revealed she believed Ferrero Rocher chocolates were ‘luxurious’ (pictured)

One person confessed to thinking hot tubs were ‘glamorous’ until she realised they were like a ‘virulent soup.’

She wrote: ‘Oh oh! Hot tubs! The HEIGHT of posh – and a bit sort of glam (to my mind) when I was a teenager. Now all I see is a virulent soup in which to dip a suburban paunch.’

Elsewhere, one person confessed to always thinking fish knives, serving bowls and wine were posh, while a further admitted to thinking ready meals were fancy because their aunt, who never cooked, always had them for dinner. 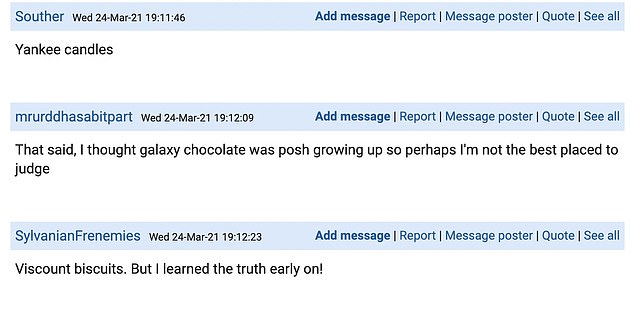 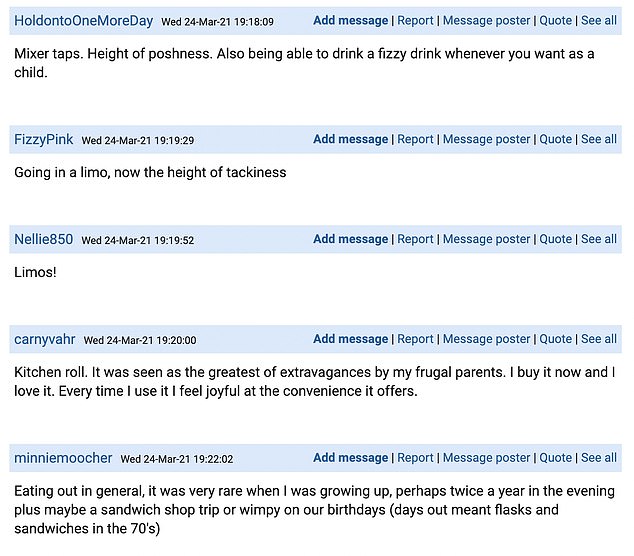 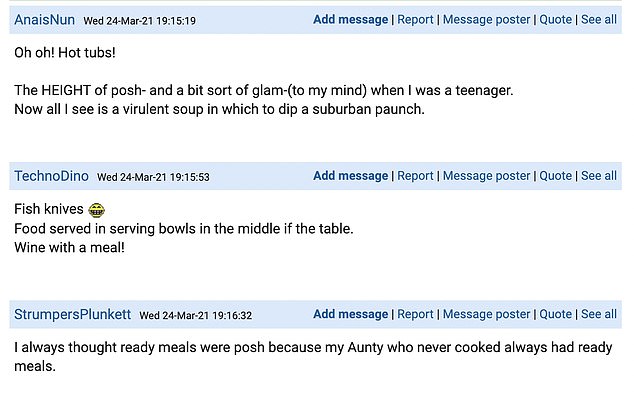 The confession prompted hoards of other Mumsnet users to share things they wholeheartedly believed were posh, including kitchen roll, hot tubs, cake forks and ready meals

Meanwhile, floods of people agreed that they always thought of Yankee candles as being for the upper-class – until they discovered that other candles were much more expensive.

One person wrote: ‘Agree with Yankee candles! Even now my mum would think they are the height of candle purchases. She would be horrified if I told her how much my Neom candle was.’

Another agreed: ‘Also Yankee candles for me, right up until Mumsnet showed me the error of my ways.’ 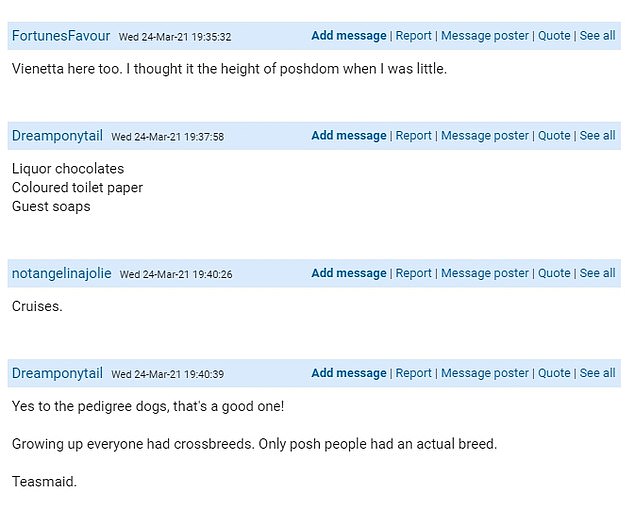 Cruises, Vienetta and pampas grass were all listed on the light-hearted thread

While another person amusingly hilariously admitted: ‘Marks and Spencer knickers. Though to be fair I still think that.’

Other products which left people bitterly disappointed included Fortnum’s Tea, kitchen roll, moisturiser, cake forks and mixer taps, which one even branded the ‘height of poshness.’

Another added: ‘I didn’t realise carveries were a thing, thought it was a clever idea my local pub had.’

Beauty brands, sushi and red wine also made the list of one time ‘posh’ items