A drone shot of a formal garden in spring, a close-up picture of a cactus and a side-profile image of a pigeon are among the pictures that had hoped to scoop the top prize in the Royal Horticultural Society’s annual photographic competition.

The RHS said there were a record number of entries following a growing appreciation of nature and gardens during lockdown, with winners drawn from thousands of entries from around the world.

The horticultural charity hopes this year’s winning images will inspire people to get out and enjoy a dose of ‘vitamin G’ as part of National Gardening Week in the UK next week.

Oliver Dixon was the overall winner for his image ‘spring from the air’, an aerial shot of the flower garden at Loseley Park, Surrey. 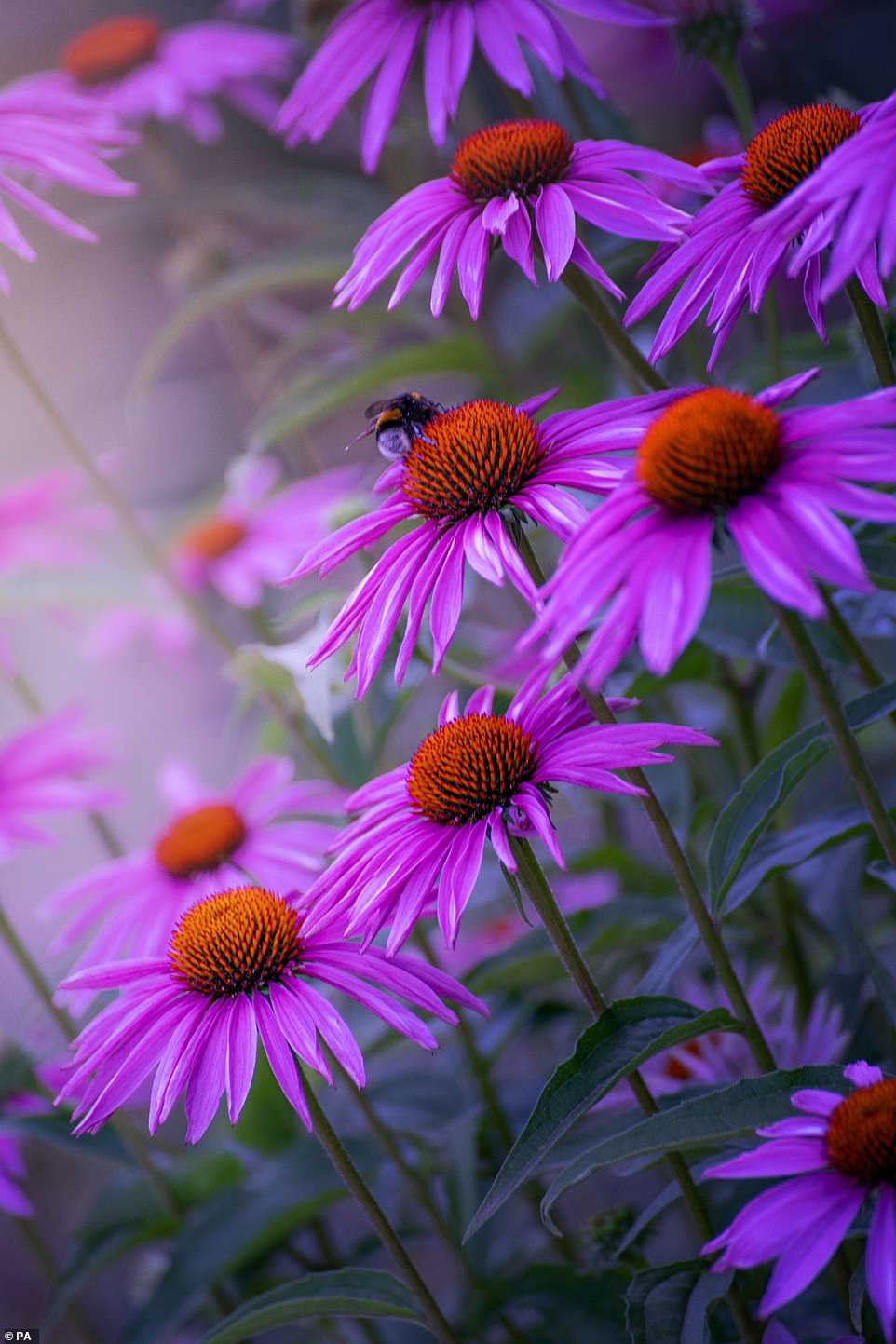 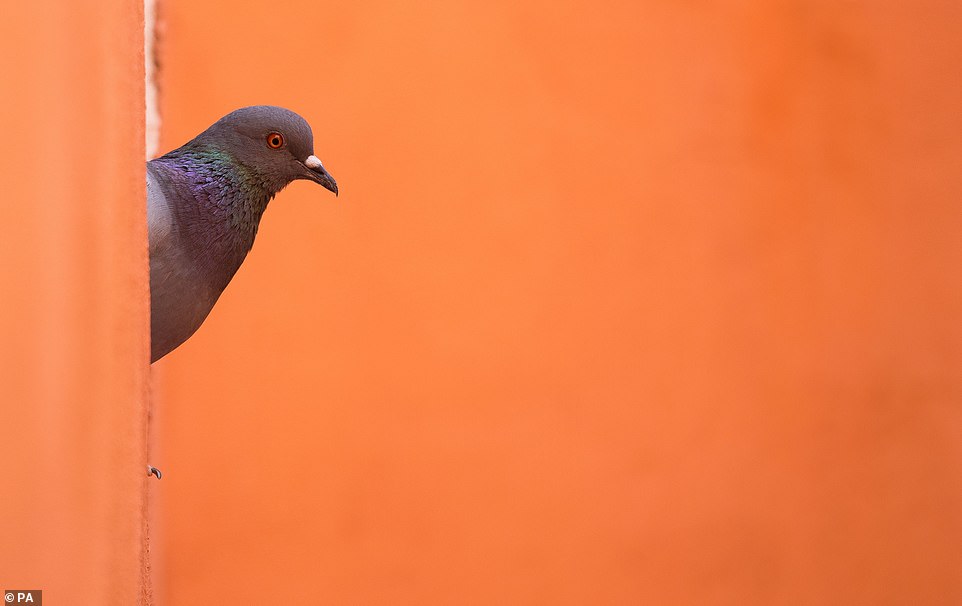 This side-profile of a pigeon, captured in Santorini, Greece, by Angela Rogers was crowned the winner of the Welcoming Wildlife category in this year’s competition and features the head of a pigeon poking out from behind a bright orange wall 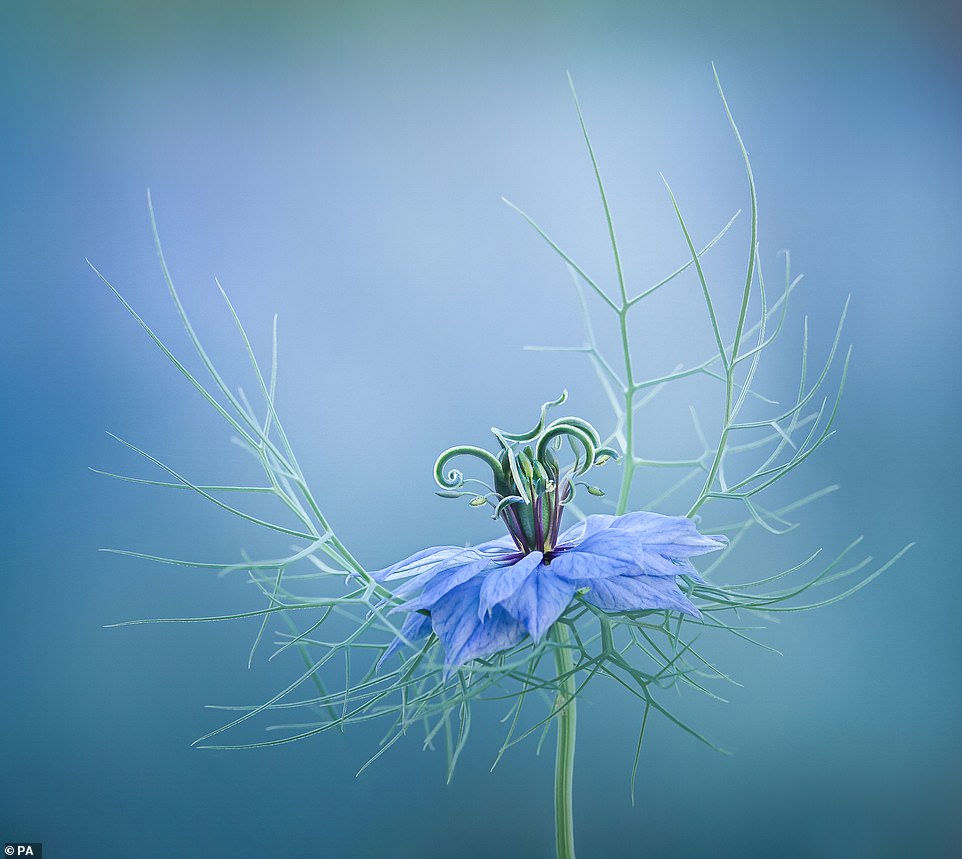 Molly Hollman was the winner of the Plants category in the competition this year. her stunning photograph, Nigella flower in evening light, was taken in Canterbury, Kent 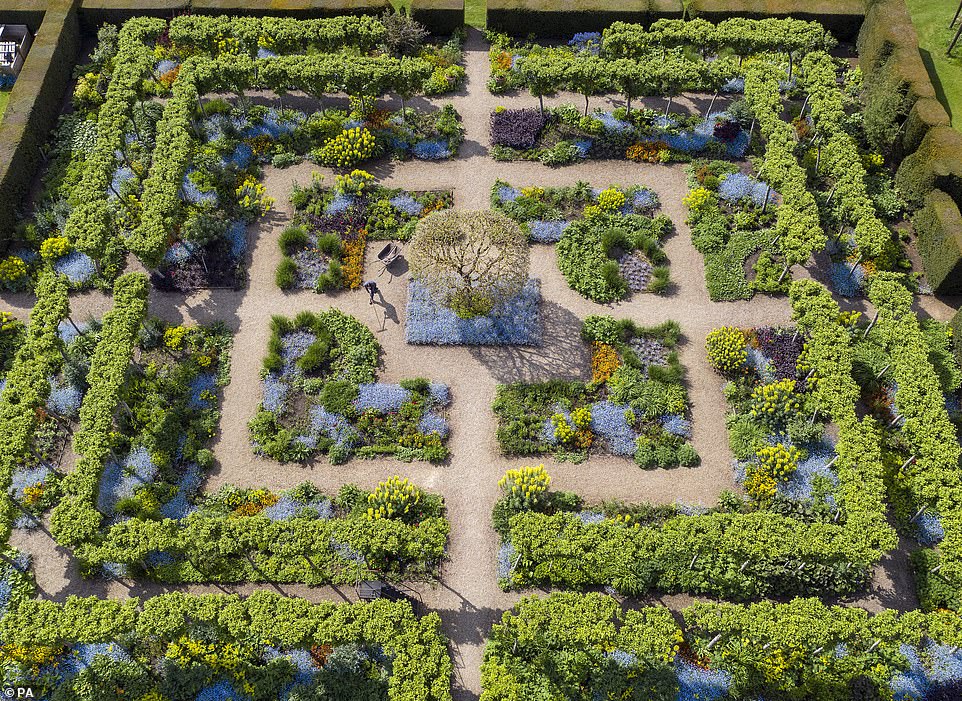 A drone was used to capture this striking image of Loseley Park Gardens in Guildford, Surrey. The picture, which was taken by Oliver Dixon was crowned the Overall Adult Winner at this year’s Royal Horticultural Society photographic competition 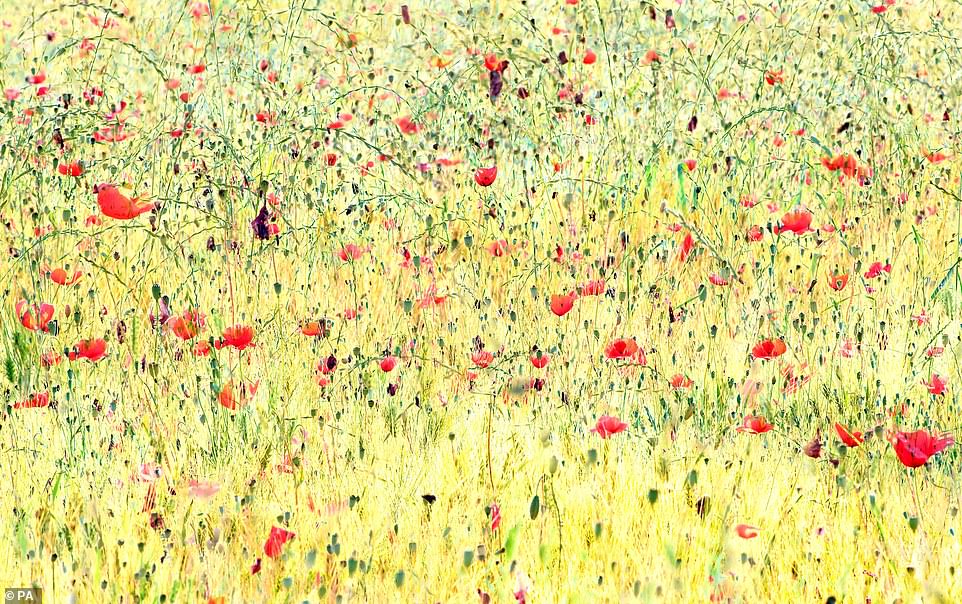 This field of poppies, captured in Northern Italy by Giuseppe Bonali, won the top prize in the Creative category at this year’s photography competition

The prize for overall young winner was awarded to Jack Sedgwick, who entered in the under-11s category with a combination of three photographs taken on a rainy summer day at RHS Garden Harlow Carr in Harrogate.

Prizes were handed out in a series of categories including ‘welcoming wildlife’, ‘plants’, ‘gardens’ and a new category of ‘indoor gardening’, which the RHS said proved popular.

Chris Young, chair of judging for the RHS Photographic Competition, said: ‘The range of photographs, the variety of artistic endeavour and the breadth of subjects shows how global and varied gardening and wildlife can be.

‘The adult winning image by Oliver Dixon not only celebrates everything about spring, but the linear symmetry to it makes it pleasing to the eye.

‘The winning children’s image shows great graphic intent and a keen eye for detail – something to be richly applauded for our junior category. 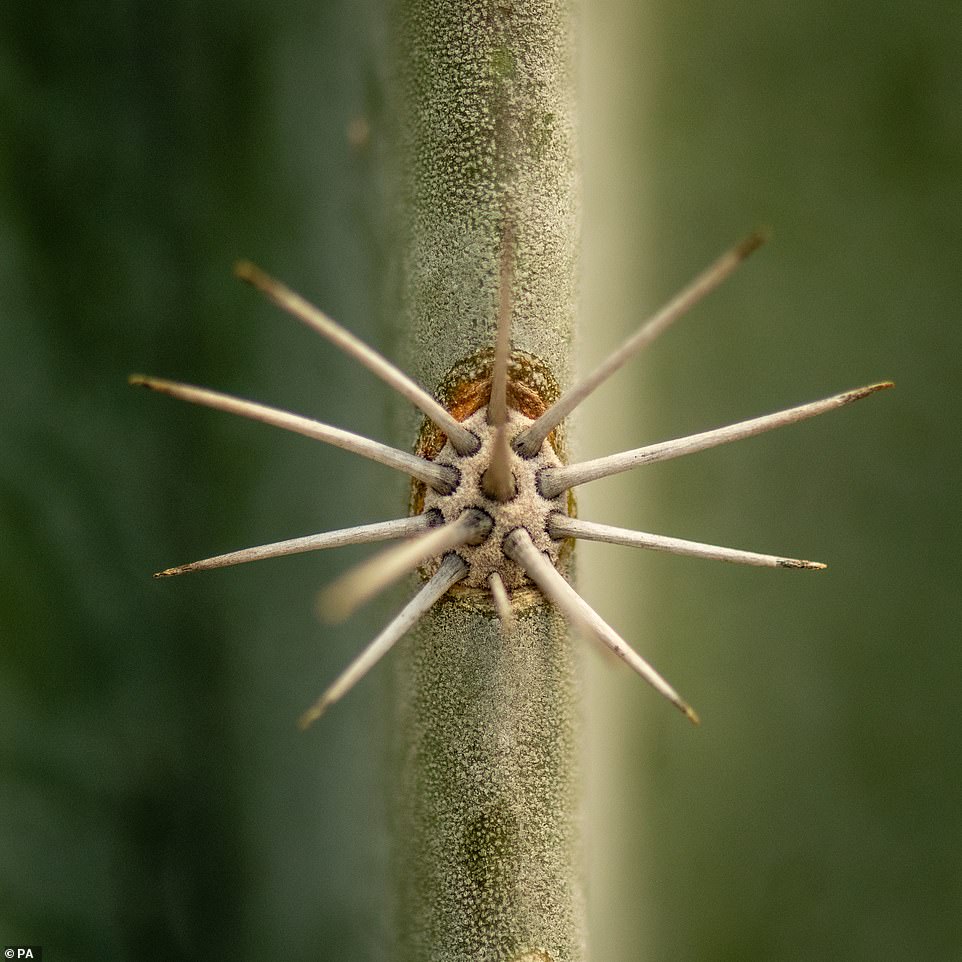 Debbie Armstrong submitted this close-up photograph of a cactus which she took in Bangkok, Thailand, to this year’s RHS photography competition. Her striking image won the Macro category 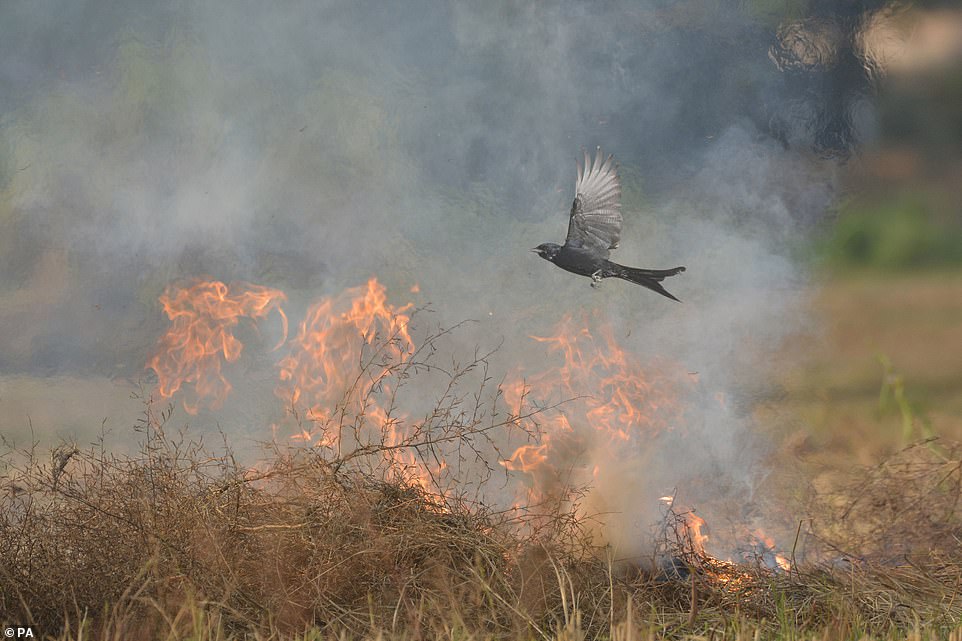 A bird flying through smoke and flames was crowned the winner of the Under 18s category at this year’s competition. Saptarshi Gayen took the image in West Bengal, India, and named it ‘Phoenix’ 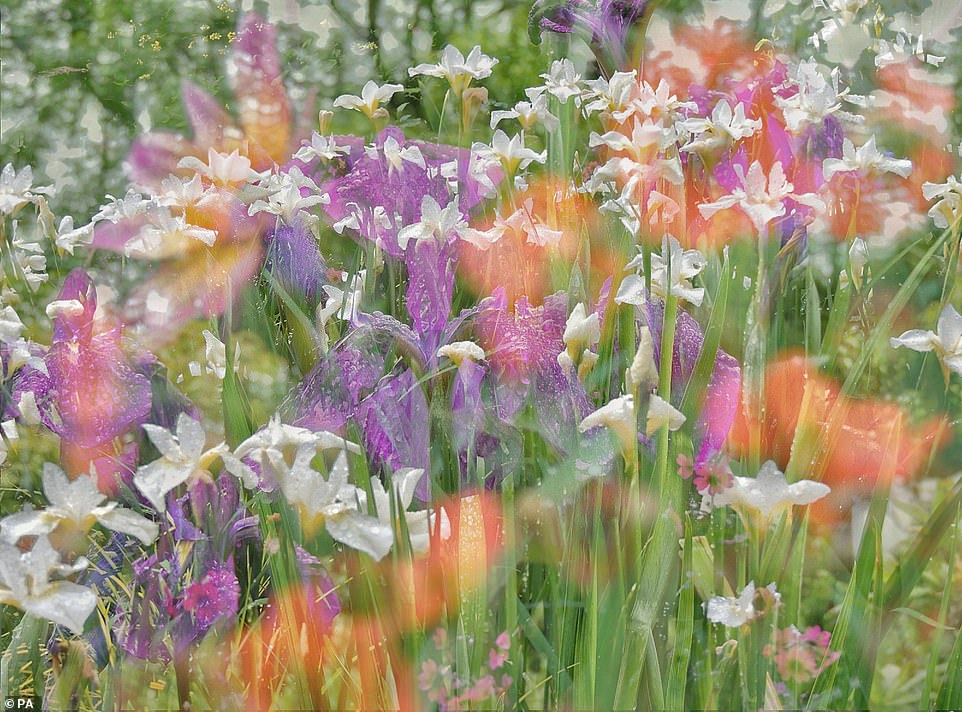 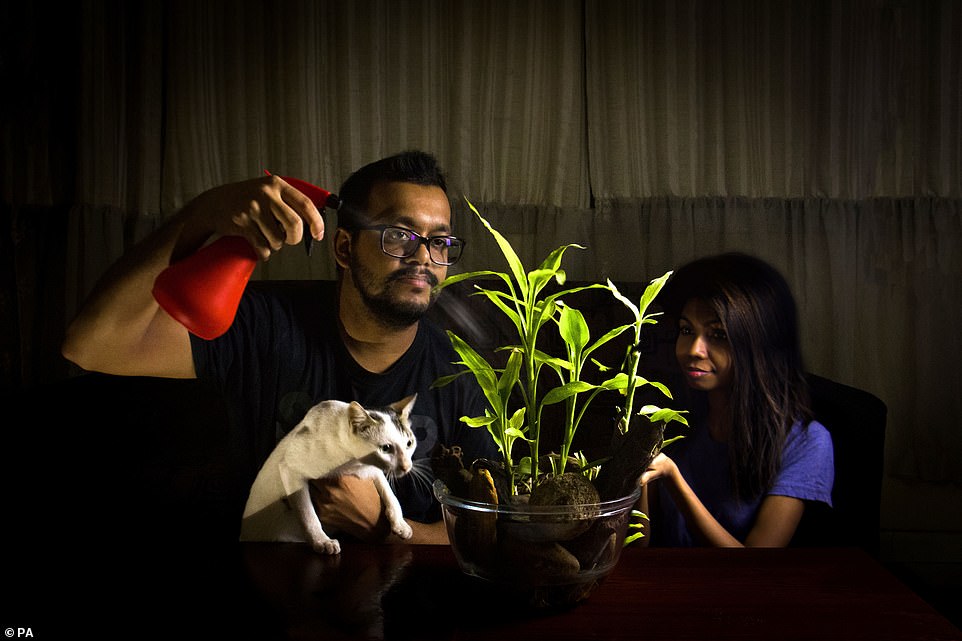 ‘Time with terrarium’: This photo, taken by Weerasinghe Tilan in Colombo, Sri Lanka, shows two people caring for some plants inside a glass bowl while holding back a cat. This image won the Indoor Gardening category

‘We were pleased to see the number of entrants rise this year and clearly with lockdown, and people spending more time at home during 2020, there was more chance of capturing nature, the beauty of plants and the importance of gardening at this time.’

Award winning garden photographer and competition judge Richard Bloom said: ‘The diversity of imagery in this year’s competition has been astounding, with some very creative, unusual, dark, joyful and sometimes humorous work entered.’

The 2022 competition is now open for entries until February next year.

Winners for this year’s competition can be viewed and entries submitted for 2022 at rhs.org.uk/photocomp