By Ross Ibbetson For Mailonline

Police are hunting for a woman who wrapped a cat in a towel before throwing onto a railway line in Exeter.

Devon and Cornwall Police were called to Newcourt Railway Station on Saturday after the suspect was seen hurling the animal onto the tracks.

Fortunately the train driver was able to spot the bundled up cat and leapt from his cab to rescue it. 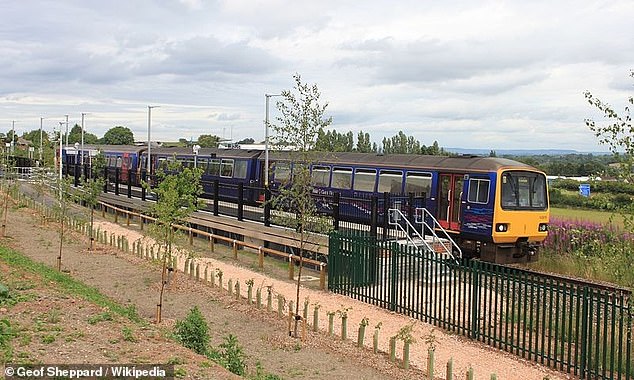 Officers said they were unaware if the cat had sustained any injuries but it was handed over to the RSPCA.

A spokesperson for Devon and Cornwall Police said: ‘We received a report around 11.30am that a woman threw a cat wrapped in a towel on to the railway tracks at Newcourt Station, Exeter.

‘The train driver retrieved the animal – injuries unknown – to be given to the RSPCA.

‘Enquiries regarding the owner of the cat are ongoing.’

A spokesperson for British Transport Police (BTP) has confirmed that they were called to the incident.

The RSPCA said that the animal was in the care of a local veterinarian.

There have been previous cases of crimes against cats, including by the infamous ‘cat dumper’ Mary Bale.

The bank clerk was caught on CCTV dropping a cat into a bin ‘as a joke’ in 2010.

Bale later admitted causing unnecessary suffering to an animal and was fined £250.