Quentin Tarantino has suggested that Kill Bill 3 could be his next film.

The acclaimed director has admitted that he has ‘no idea’ what his next project will be but hinted that he could make another movie following Uma Thurman as assassin The Bride, according to Variety.

Speaking about the possibility at the Rome Film Festival – where he was honored with a lifetime achievement award – Tarantino said: ‘Why not?’ 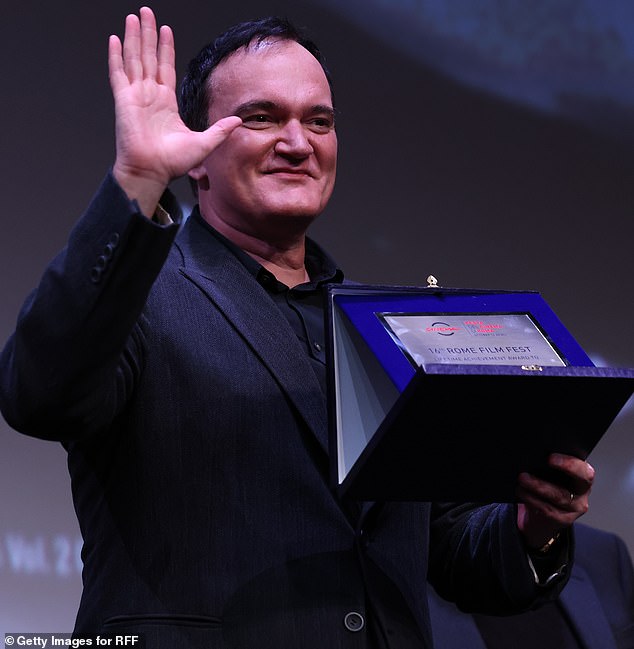 What if?: Quentin Tarantino has suggested that Kill Bill 3 could be his next film while speaking at the Rome Film Fest where he was given a lifetime achievement prize 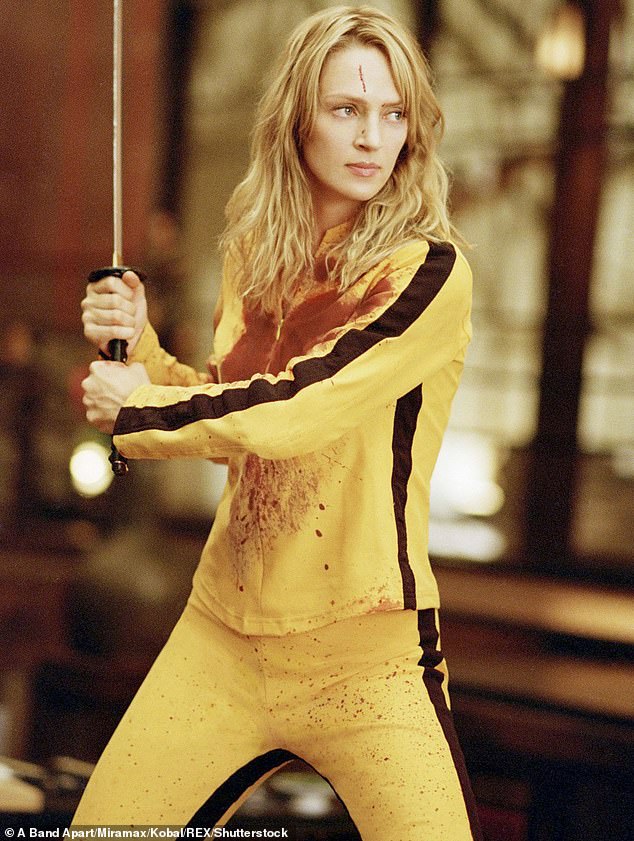 Blood-spattered: Uma Thurman is pictured playing the leading lady The Bride in the first Kill Bill movie which came out in 2003

The filmmaker also explained that he is keen to delve into comedy as he described an unspecified Spaghetti Western project that he is planning.

However Tarantino, who was given his award by Italian filmmaker Dario Argento, suggested that the western might not be a film.

He said: ‘It’s not like my next movie. It’s a piece of something else that I’m thinking about doing – and I’m not going to describe what it is. But part of this thing, there is supposed to be a Spaghetti Western in it.’

The director, whose credits include Reservoir Dogs and Pulp Fiction – continued: ‘I’m looking forward to shooting that because it’s going to be really fun.’ 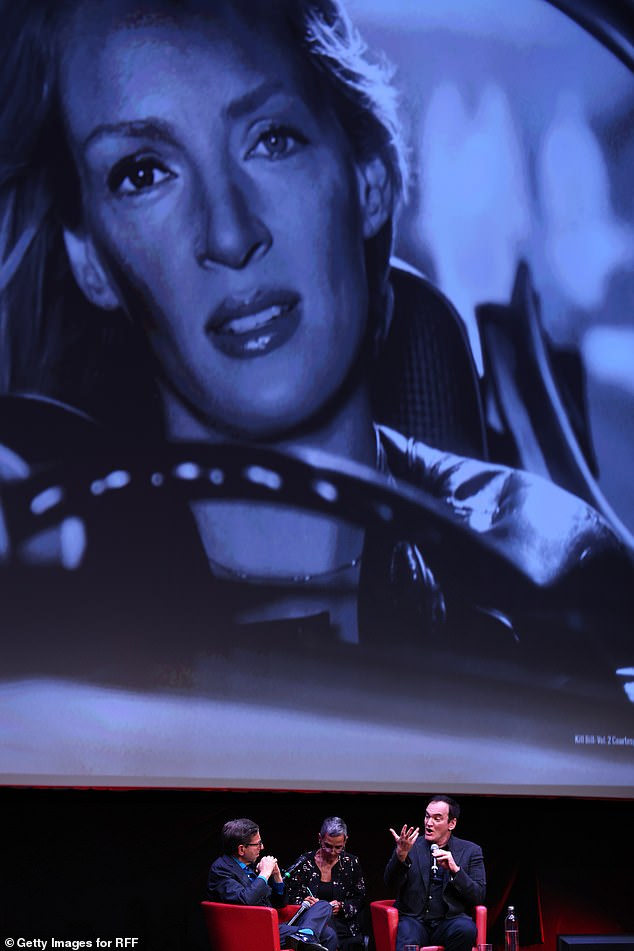 Possibilities: He hinted that he could make another movie following Uma as assassin The Bride (pictured on the screen behind him), according to Variety 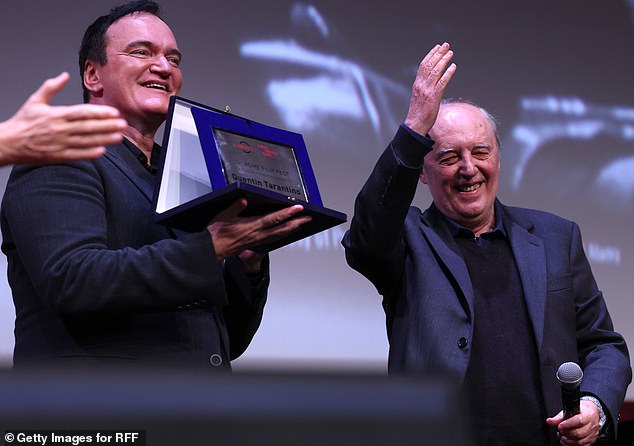 Legends: Tarantino, who was given his award by Italian filmmaker Dario Argento (right), suggested that his upcoming western might not be a film

He spilled: ‘Because I want to shoot it in the Spaghetti Western style where everybody’s speaking a different language.’

Tarantino elaborated: ‘The Mexican Bandido is an Italian; the hero is an American; the bad sheriff is a German; the Mexican saloon girl is Israeli. And everybody is speaking a different language.’

Tarantino also discussed how he decided to become a director when he realized his passion for film while doing acting classes. 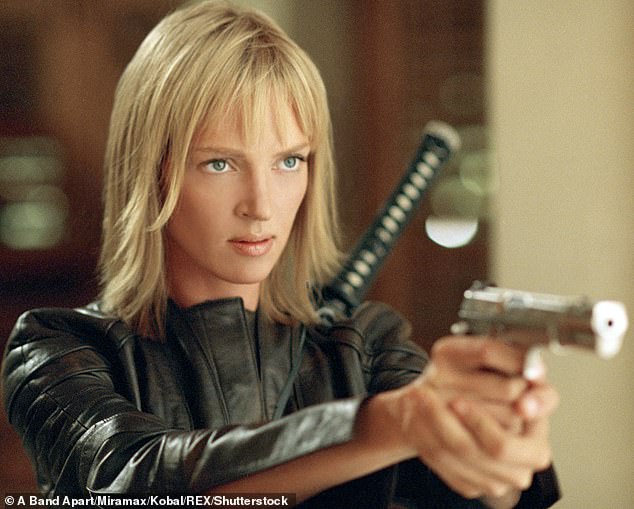 Ready for anything: Uma is pictured in Kill Bill Vol 2 which was shot simultaneously with the first film and came out just six months later

The Once Upon a Time in Hollywood filmmaker said: ‘I realized that, not only did I love movies more than other kids in the class. But I cared about them, whereas I think they only cared about themselves.’

Tarantino, who is known for his unfiltered takes, added: ‘And the reason why is that I loved movies too much to be an actor.

‘I didn’t just want to appear in them: I wanted the movie to be my movie.’ 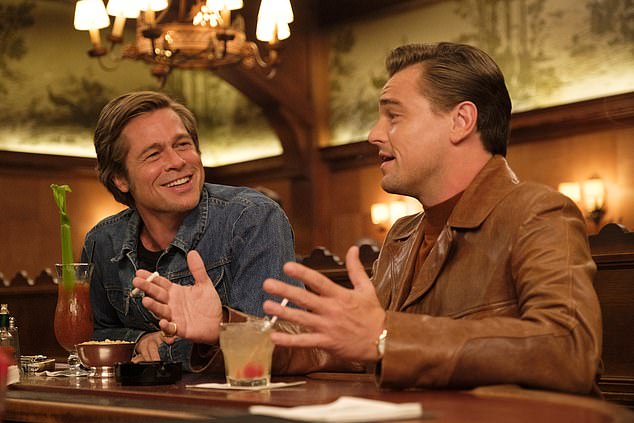 A big hit: He is coming off the success of Once Upon A Time In Hollywood which starred Brad Pitt, left, and Leonardo DiCaprio, right