‘I was flashed, followed and a man put his hand up my skirt’: Ruth Langsford, 70, reveals she was sexually assaulted as an 11-year-old schoolgirl in London

Ruth Langsford has revealed she was sexually assaulted repeatedly as she travelled through London as a schoolgirl.

The ITV presenter opened up about the incidents which took place when she was between 11 and 16, as she travelled to and from school on the London Underground.

Writing in Best magazine, the Loose Women star recalled: ‘I was flashed at more than once, followed a few times and a man once put his hand up my skirt on a crowded train.

‘These incidents all happened to me between the ages of about 11 and 16. I now ask myself why I didn’t shout, scream, kick up a fuss, report them to an official – all the things I would urge any girl or woman to do today.’ 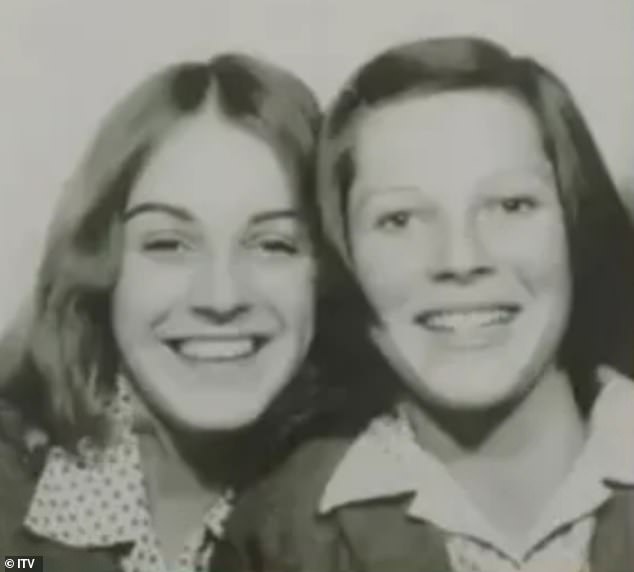 The ITV presenter (pictured as a teenager, right) opened up about the incidents which took place when she was between 11 and 16, as she travelled to and from school on the London Underground

The 70-year-old, who co-hosts This Morning with husband Eamonn Holmes, said she wanted to speak out in the aftermath of the death of Sarah Everard, who was killed as she walked home through London earlier this month.

‘The awful death of Sarah Everard has got a lot of women re-evaluating what we feel, what we have, or do, put up with – just by being a woman.

‘I have a husband who honours, respects, champions and defends women – however, he also has no experience of sexual harassment.

‘When I have the same conversation with my girlfriends, they all have frightening tales to tell.

‘In my case, my earliest recollections all centred around travelling to and from school in London.

‘The Tube was my mode of transport and in the Seventies, it also seemed that perverts and predators were drawn to the same routes I took like wasps to jam.’ 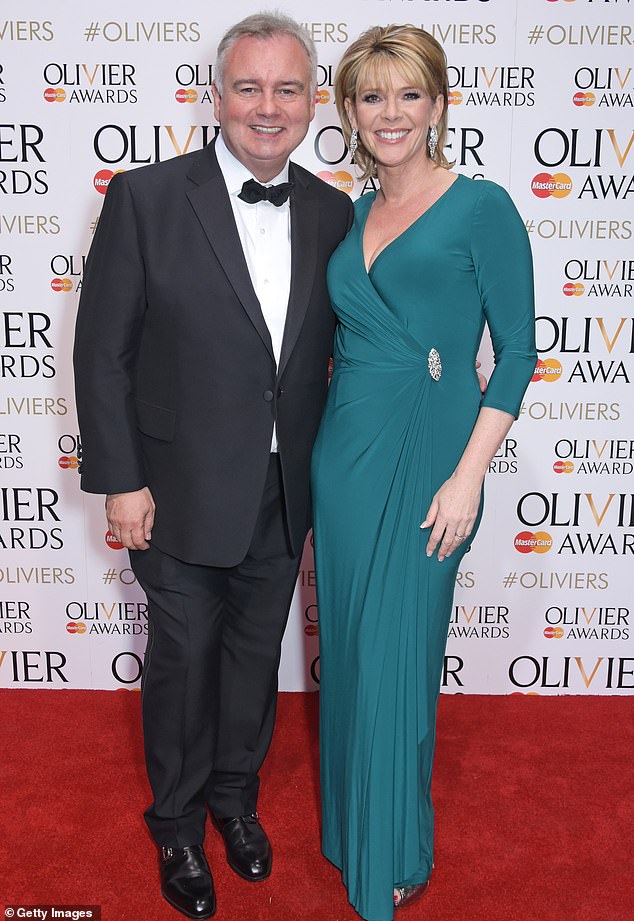 The 70-year-old, who co-hosts This Morning with husband Eamonn Holmes (pictured together in 2015), opened up about the incidents in Best magazine

The star’s account comes as women across the country express fears for their safety, in the aftermath of the death of Sarah Everard.

Miss Everard’s body was found days after she disappeared while walking home in south London at the beginning of March. A serving Met officer has been charged with her kidnap and murder.

Thousands of women attended a vigil at a bandstand on Clapham Common near where Ms Everard went missing and a number of similar events have taken place across the UK.

Ruth added: ‘I was young and nobody talked about these things then, so I didn’t know what to do… so I did nothing.

‘Just kept my wits about me and hoped it wouldn’t happen again.

‘Sarah Everard’s death marks a line in the sand. No more writing off stalking, exposing and sexual harassment as simply weird or odd behaviour… something that women grit their teeth and bear.

‘It’s time to serve notice on bad men (not all men). Enough is enough – this end here. If left unchecked, one form of sexual abuse leads to another, and another.’