But Sarah Paulson and longtime girlfriend Holland Taylor were embracing comfort ahead of their glamourous evening rubbing elbows with other celebs at the The Metropolitan Museum of Art.

Paulson, 46, was dressed down in black cotton layers as she and Taylor, 78, walked around the city after a lunch at Bergdorf Goodman. 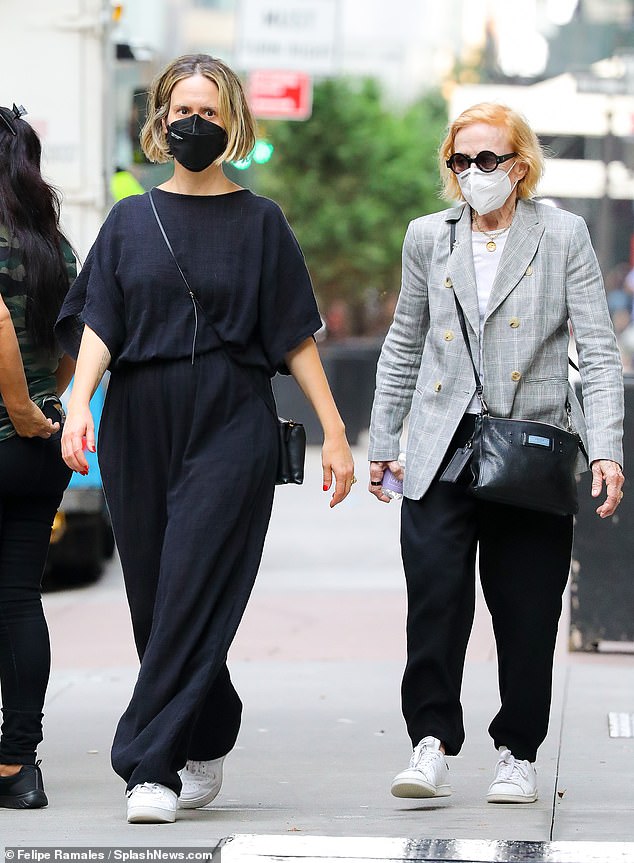 Casual Monday: Sarah Paulson was casual while she and girlfriend Holland Taylor walked around NYC ahead of tonight’s big Met Gala

Though her outfit was basic, she was already prepped for the red carpet with a shiny, scarlet manicure.

While Sarah went with relaxed pieces, Holland looked sharp in a grey double breasted suit over a white shirt and black trousers.

Adding a few accessories, she rocked round sunglasses and a gold pendant necklace.

The ladies, who have been together since 2015, matched a bit, both sporting white sneakers and black, leather crossbody bags.

Sarah and Holland were certainly excited for their night ahead. 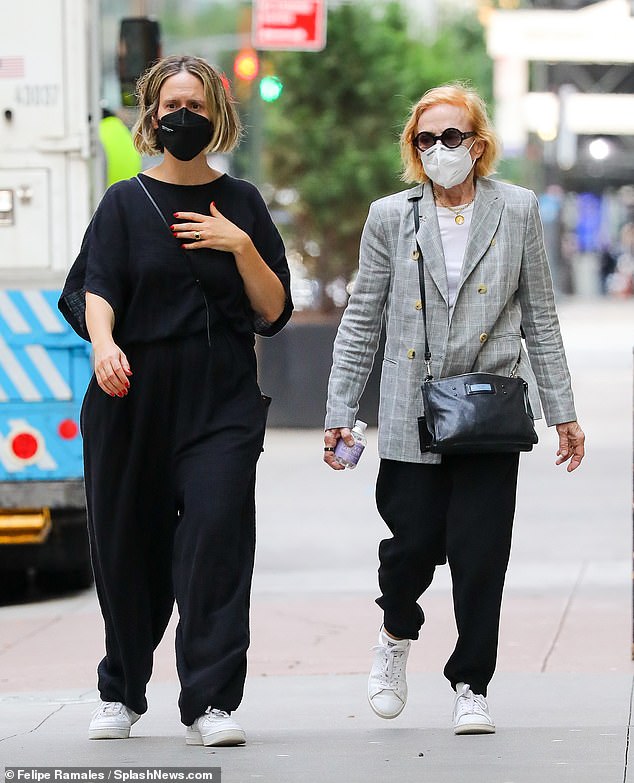 Comfy chic: Paulson, 46, was dressed down in black cotton layers as she and Taylor, 78, walked around the city after a lunch at Bergdorf Goodman 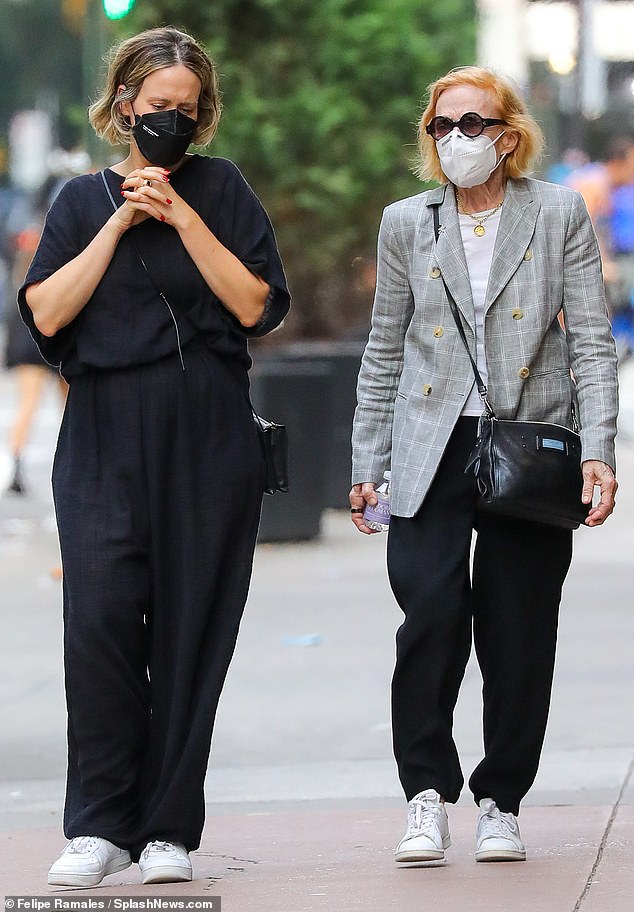 The Met Gala is finally back after being cancelled in 2020 amid the pandemic. This year it was pushed to September from its traditional slot on the first Sunday in May.

The theme is In America: A Lexicon of Fashion and the event features a heavy-hitting contingent of celebrity co-chairs: actor Timothée Chalamet, musician Billie Eilish, poet Amanda Gorman and tennis star Naomi Osaka.

At just 19, Billie will make history as the youngest ever co-chair of the prestigious event.

When the hosts were first announced, Vogue magazine said: ‘Each of the Met’s four co-hosts embodies the defining factor of American style: individualism.

‘[They have each] developed a distinct visual language for their public personas, one that is informed by the legacy of iconic fashion made in the USA.’ 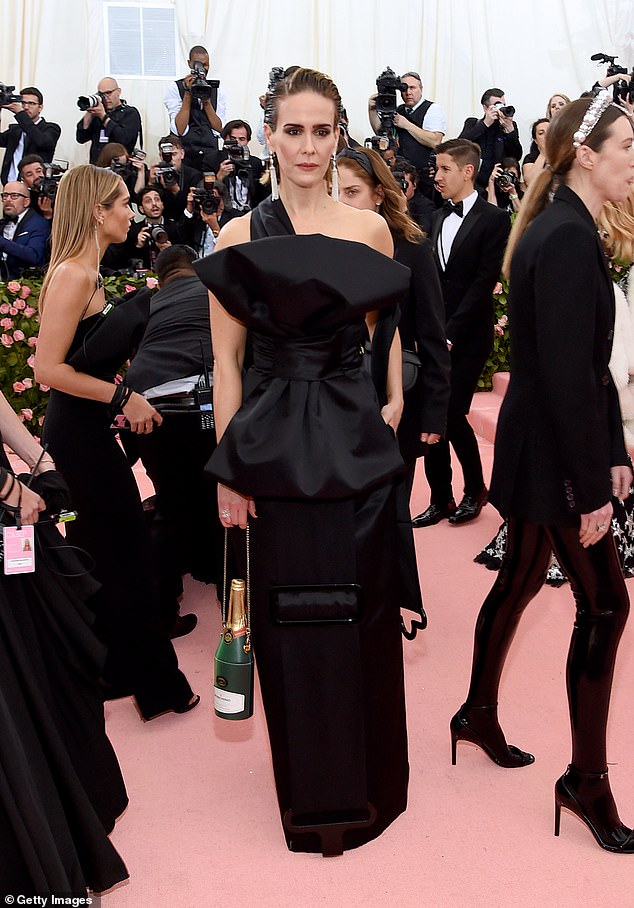 It’s been a while… The last Met Gala took place in 2019, when Sarah is seen above

The must-have accessory for all at this year’s gala is a Covid-19 vaccine.

‘Currently, all attendees at The Met Gala on September 13 must provide proof of full vaccination and will also be expected to wear masks indoors except when eating or drinking,’ a spokesperson for The Met said last month.

This year’s gala will be a more intimate affair, to be followed by a larger one on May 2, 2022. Both will launch a two-part exhibition, a survey of American fashion to be on view for almost a year.

In America: A Lexicon of Fashion, opening Sept. 18, will celebrate the 75th anniversary of the museum´s Costume Institute and ‘explore a modern vocabulary of American fashion,’ the spokesperson added.

Part two, In America: An Anthology of Fashion, will open in the museum’s popular American Wing period rooms on May 5, 2022, and will explore American fashion, with collaborations with film directors, by ‘presenting narratives that relate to the complex and layered histories of those spaces.’ Both parts will close on Sept. 5, 2022.