Schoolboy, 11, camps in his garden for a whole YEAR including on Christmas Eve and throughout Britain’s coldest snap in a decade to raise £280,000 for hospice where family friend died

A schoolboy is set to celebrate a year spent camping out in his garden to raise money for a hospice which cared for a family friend before he died.

Mr Abbott was a keen adventurer, camper and outdoor sports enthusiast and shortly before dying he gave his tent over to Max and told him: ‘Promise me you’ll have your own adventures in it.’

The 11-year-old, from Braunton, has since raised over £280,000 having braved all sorts of foul weather, including a cold snap which brought the lowest temperatures in the UK for a decade. 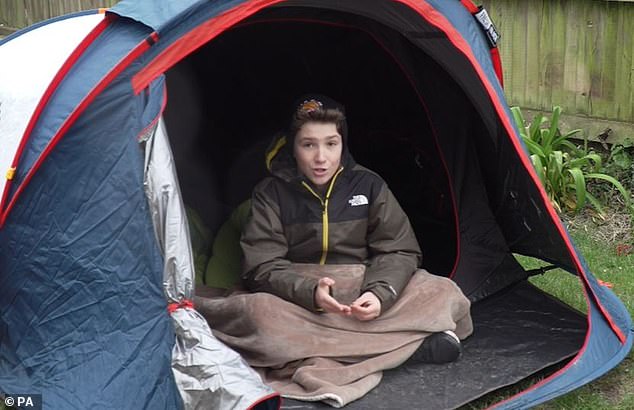 Max Woosey, 11, has braved freezing temperatures during his year sleeping in a tent

He is now encouraging children from across the world to camp out in their garden on Saturday night for Max’s Big Camp Out to celebrate a year outdoors.

Max said: ‘It’s amazing. Children in America, across Europe, in Asia and Australia, will get the chance to join in. 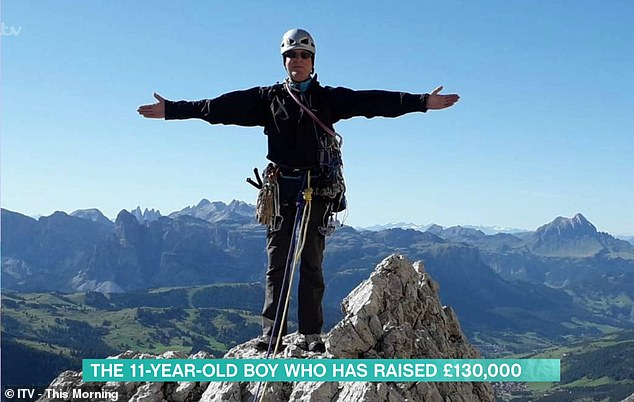 Max has raised the money for The North Devon Hospice, who cared for his late neighbour Rick (pictured) before he died

‘It will be great fun and they can choose to raise funds for their own chosen charity as well.’

Max also received support from his heroes, Bear Grylls and Jonny Wilkinson, who sent him video messages of encouragement.

Max added : ‘I couldn’t believe it.

‘I watch all Bear Grylls’ stuff on TV and I love rugby.

‘I’ve got a few books about Jonny Wilkinson and his autobiography in my tent, which I read when I’m not reading the Beano. 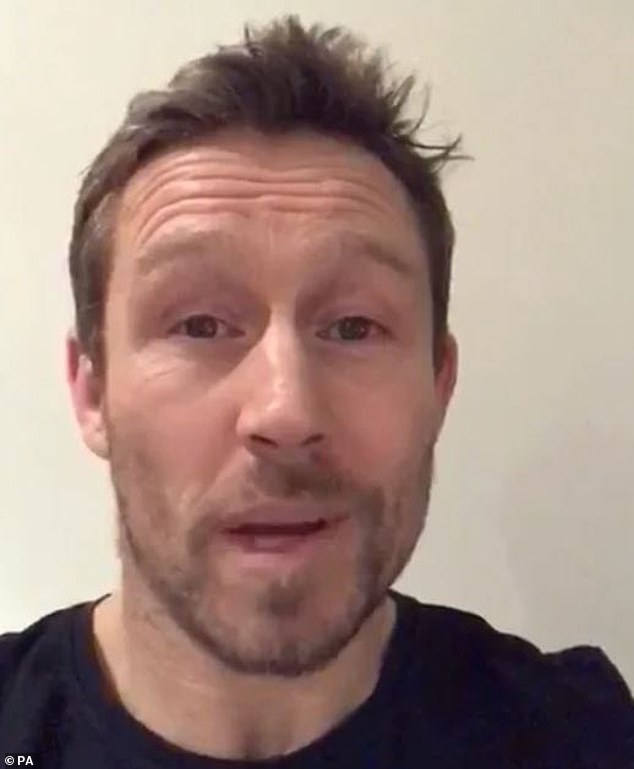 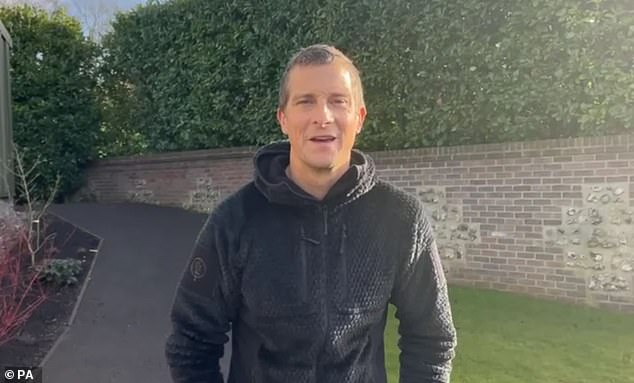 Bear Grylls also threw his support behind Max, who has spent a year camping in his garden

‘It was epic that they both supported me, saying: ‘Carry on kid, you can do it.”

The youngster does not intend to start sleeping indoors any time soon as he previously told Holly Willoughby and Phillip Schofield on This Morning he intends to carry on. 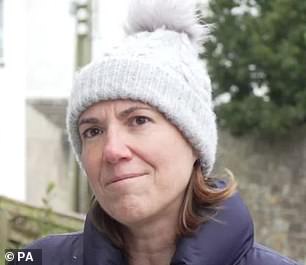 Max’s mother Rachael Woosey said: ‘I have to stop and pinch myself to take in just how big this has become.

‘Max started out with the intention of raising a few pounds for our local hospice – in fact he’s raised £175,000 and counting, which is incredible in itself.

‘But to mark a year in his tent he decided he’d like to raise awareness of children’s mental health during lockdown.

‘He knows what it’s like to be isolated from friends, not to be able to play team sports and that sort of thing, so he’s doing this for all those children who have found lockdown – indeed the whole Covid crisis, so tough.

‘Children all over the world can join in.’

Max’s father Mark Woosey, a Royal Marine, added he ‘never thought’ what started out as a few nights sleeping in a tent would last a whole year.

He said: ‘Max has been on an amazing journey. It has brought out both his empathy for others and his steely determination.

‘I thought he meant just for a few days. I couldn’t believe it when he started camping out every night, for weeks on end.’

Donations can be made at https://maxsbigcampout.justgiving.com/