Kicking off the Scottish Tories’ Holyrood election campaign the party leader laid into the First Minister over the SNP’s plans to tear up the Union.

It came as Ms Sturgeon called for a fresh independence vote ‘when the Covid crisis is over’.

Launching her own campaign ahead of the May 6 vote, which is expected to be an SNP victory, she said: ”Scotland’s recovery should be in Scotland’s hands – not Boris Johnson’s.’

Speaking this morning in Aberdeen, Mr Ross said Ms Sturgeon had a ‘damaging plan to divide our country’.

‘Most damaging of all, with an SNP majority, Scotland’s recovery would be derailed by their obsession with another independence referendum,’ he said in a speech broadcast online.

‘A plan for another referendum would pass without any real challenge and they would proceed with that reckless referendum right away, while we’re still facing a health and economic crisis.’ 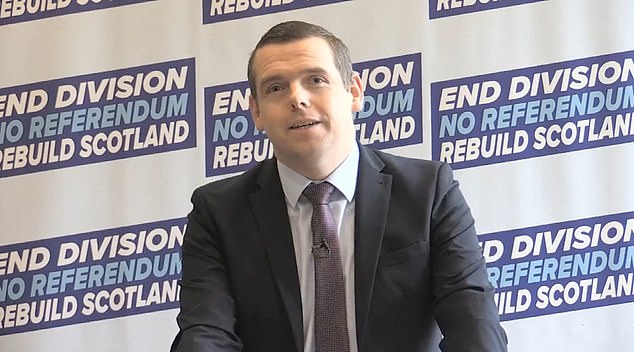 Kicking off the Scottish Tories’ Holyrood election campaign the party leader laid into the First Minister over the SNP’s plans to tear up the Union. 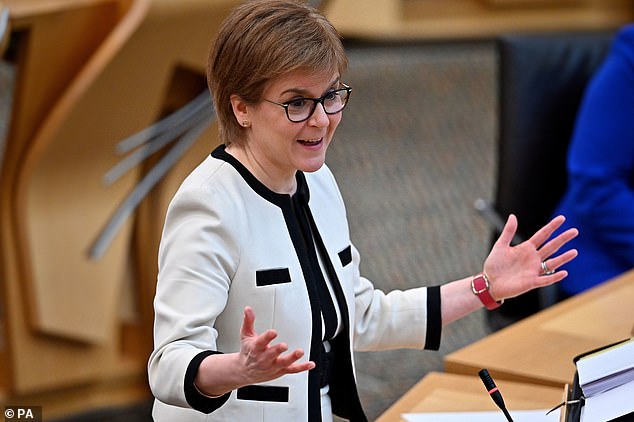 Ms Sturgeon called for a fresh independence vote ‘when the Covid crisis is over’.

Holyrood entered its pre-election recess period on Wednesday, with the official campaign allowed to begin on Thursday.

Scotland’s constitutional future was put at the forefront of the campaign before it started, with the topic set to dominate the next seven weeks before May 6.

Mr Ross, who is the MP for Moray, is seeking election to Holyrood in the Highlands and Islands, and has sought to rally pro-UK voters behind his party in a bid to ensure there is not another referendum on independence.

He added today: ‘I do not want to go through the division of another referendum at any time, but it is even more important now that we do not make the current economic crisis worse by manufacturing a political crisis.

‘The SNP don’t want this election to be about their record in government over the last 14 years. Or their programme for government in the next five years.

‘They want this election to be about one thing and one thing only – independence. The threat is very real.’

But Ms Sturgeon today claimed that independence would speed up the Scottish recovery. She claimed opposition parties were ‘ not interested in governing or leading’, adding: ‘If Westminster maintains control, the real risk is they will wreck Scotland’s recovery with their austerity agenda, job-destroying hard Brexit and growing threat to our NHS.

‘With independence, we’ll have a recovery made in Scotland and we’ll have the powers needed to build a fairer and more prosperous country.’