Grandmother, 62, died when she fell down the stairs at her home after drinking ten pints on night out to celebrate the end of lockdown, inquest hears

By Emer Scully For Mailonline

A grandmother fell down the stairs after drinking ‘ten pints of alcohol’ to celebrate the end of lockdown last summer, an inquest has heard.

Kind-hearted Susan Pinder, 62, made scrubs for the NHS and donated her heart and lungs after her death at her home in Scunthorpe, Lincolnshire, last July.

Coroner for Grimsby and North Lincolnshire, Mark Kendall, concluded the death was a tragic accident following an inquest this week.

Ms Pinder was drinking with her fiancé at Foxhills Social Club in Scunthorpe on July 5, the day after the end of the first coronavirus lockdown.

The grandmother-of-seven returned home in a taxi and went upstairs to change while her partner Peter French made toast in the kitchen. 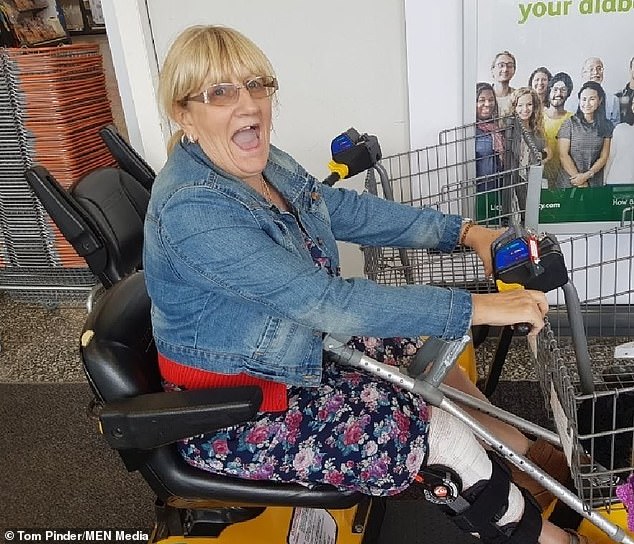 Kind-hearted Susan Pinder (pictured while injured from a previous fall), 62, made scrubs for the NHS and donated her heart and lungs after her death at her home in Scunthorpe, Lincolnshire, last July

A spindle at the top of the stairs was broken so Ms Pinder wasn’t able to steady herself, Mr French said. He revealed she had fallen in the same place before.

In evidence read by coroner’s officer Sophie Cragg, Mr French said he called 999 and paramedics brought her to hospital in Scunthorpe. She was later transferred to the specialist head injury hospital in Hull but could not be saved.

In his evidence he said: ‘She must have stumbled. She tried to grab the spindle at the top of the stairs. I know this because it was broken. It was an accident.’

Earlier in the hearing, Ms Pinder’s son Thomas Pinder told how his mother had travelled a lot because her father, Cliff was in the RAF and served abroad, as well as in Lincolnshire.

In a touching tribute to his mother he said she loved horse riding, gardening, travelling during the weekend and dancing to 80s music.

He said she was a hard-working machinist and ‘would do anything to make people happy’.

‘She enjoyed going out picking strawberries and potato picking for fun,’ he added.

He said after his parents divorced in 2012 Ms Pinder met Peter and the pair agreed to marry. 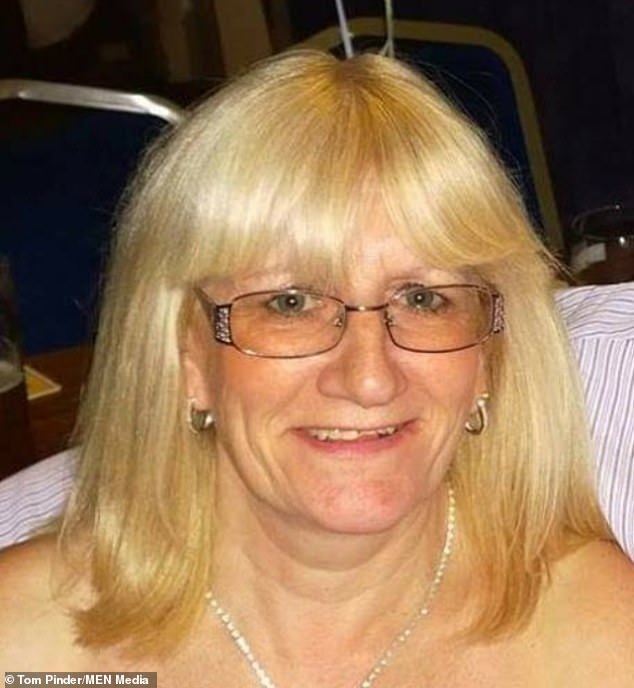 Earlier in the hearing, Ms Pinder’s son Thomas Pinder told how his mother had travelled a lot because her father, Cliff was in the RAF and served abroad, as well as in Lincolnshire

During the start of the pandemic a year ago the company she worked for put her on furlough before the firm went into liquidation.

Ms Pinder then started making scrubs for NHS workers struggling to keep up with demand amid the pandemic.

The inquest heard she was a regular blood donor and wanted to donate her organs.

In his conclusion, Mr Kendall said: ‘She was hard working and fun-loving person. While on furlough she was helping others and after her death she continued to help others by donating her organs.

‘During the course of the evening she had 10 pints of alcohol and returned home where she was heard to fall on the stairs. She had experienced difficulties on the stairs previously.’ 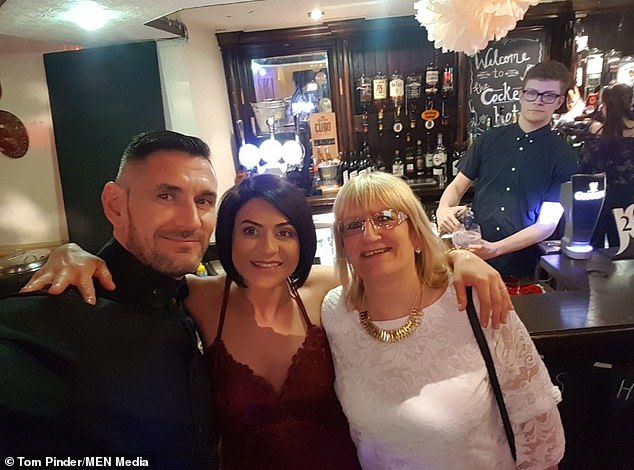 Ms Pinder (right, with her son Tom Pinder and Tom’s wife Teresa) then started making scrubs for NHS workers struggling to keep up with demand amid the pandemic

She died as a result of an accident, he concluded.

After the hearing son Thomas said she was much-loved by her four children and seven grandchildren.

‘She had always said she wanted her organs to be donated. That is the kind of lady she was,’ he added.

Tom’s wife Teresa saw an appeal about a girl who donated her hair to The Princess Trust and Susan loved the idea so instead of donations for Susan’s funeral her family asked mourners to donate to the Princess Trust.