By Daniel Matthews For The Daily Mail

For the Republic of Ireland, an 11-hour wait for a goal is finally over. For manager Stephen Kenny, though, a first win still lingers out of reach.

Make that nine matches and counting after Aleksandar Mitrovic’s second-half double – including a stunning chip – secured three points for Serbia on Wednesday night.

If Ireland are to reach a first World Cup since 2002, that duck needs to be broken sharpish. 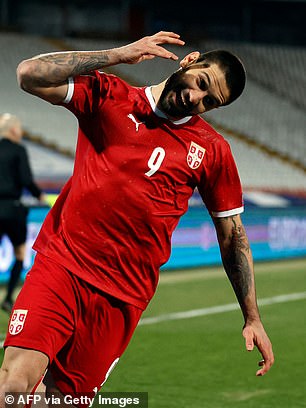 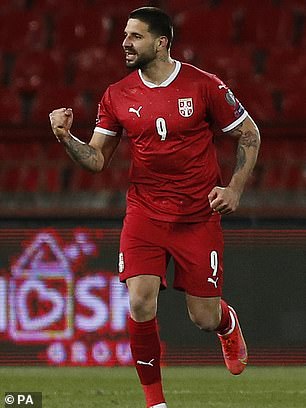 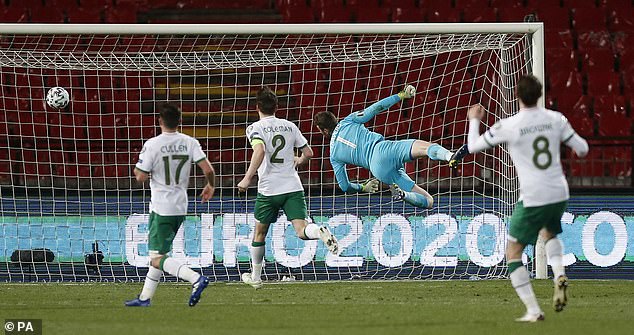 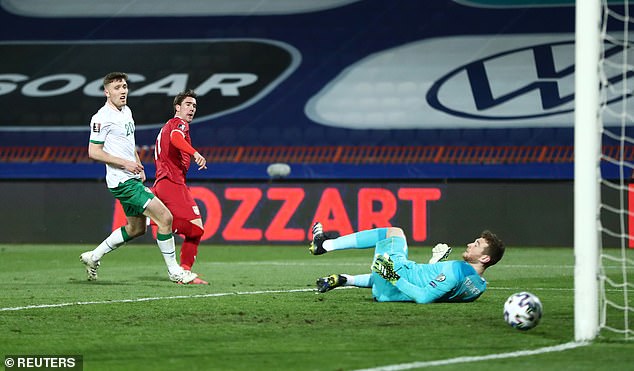 Kenny’s side led in Belgrade after Alan Browne headed home their first goal in eight matches and 677 minutes.

First he spotted rookie goalkeeper Mark Travers off his line and exquisitely lifted the ball over his head from 25 yards out. Then, seven minutes later, Mitrovic’s header made sure of the win.

It was a cruel end to a night that started with such promise for Ireland. After Browne headed home Callum Robinson’s cross, there was delight on the visiting bench. 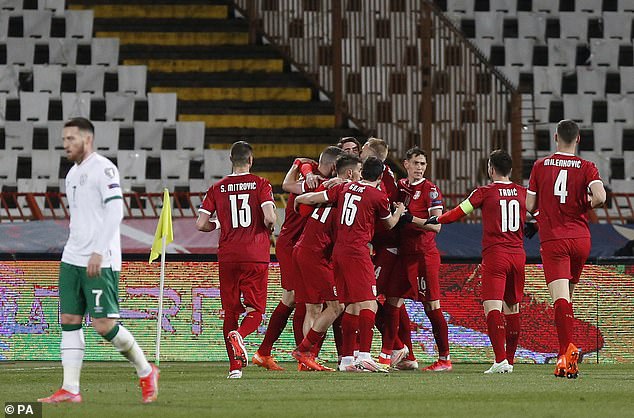 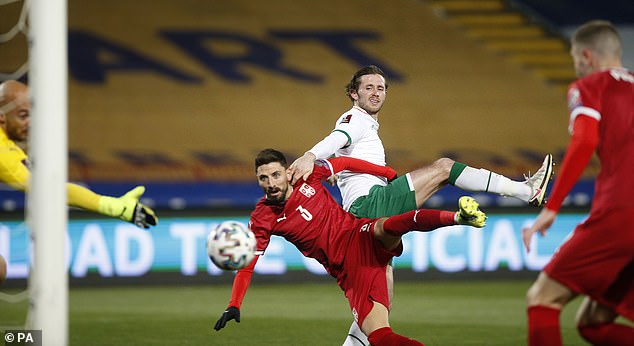 Browne jumped highest in the first half to open the scoring with a low, precision header 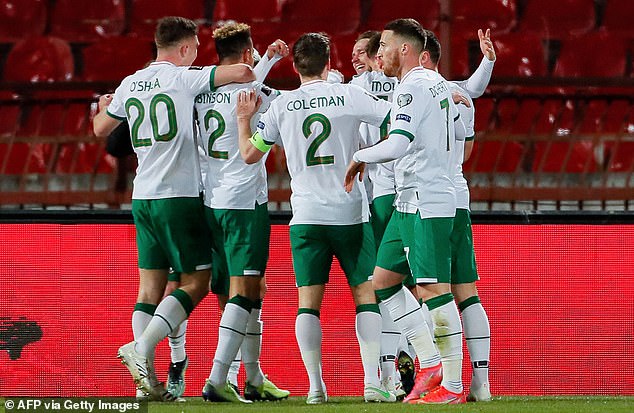 And why not after such a barren spell since their first game under Kenny?

The coach’s bold selections seemed to be paying off until his new-look backline were too easily cut apart. Vlahovic ran on to Dusan Tadic’s header and Serbia were level.

After the break, Vlahovic saw a second ruled out for offside before Aaron Connolly’s calls for a penalty at the other end were waved away.

Soon, though, Mitrovic’s brilliance had pulled Serbia clear. James Collins did take advantage of a defensive mix-up to give Ireland hope late on but their 16-month wait for a win goes on.

And the road to Qatar just got a little bit steeper.