Red-haired rebel who DID follow the flock! Shepherd, 28, reveals the chaos and charm of caring for sheep

By Helen Brown For The Daily Mail

‘What’s it like to be a female shepherd?’ It’s a question 28-year-old Hannah Jackson answers with wit and guts in this remarkable account of how a ‘townie’ girl raised in a tiny, terrace house on the Wirral ended up as ‘The Red Shepherdess: hard-worn, bad-ass contract shepherd with Fraser, the top dog, at my heel.’

Viewers of TV’s SAS: Who Dares Wins will also know her as one of the only two women to reach the show’s final in 2019, which she did to ‘prove women are strong, capable and psychologically on point’. 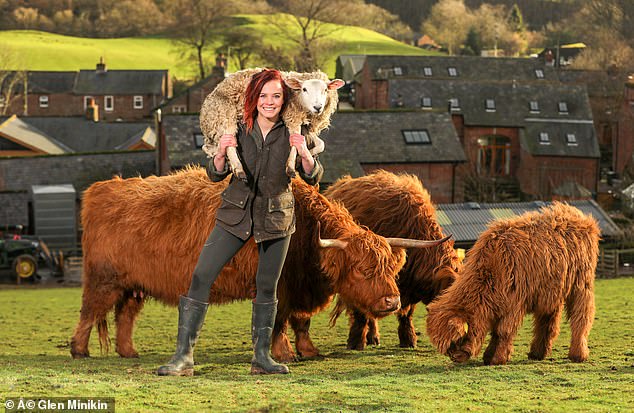 Hannah Jackson, 28, (pictured) from Wirral, shares a moving account about her experiences as a female shepherd in a new book

Jackson’s parents married young. Her mum was only 20 when she was born, and the couple were struggling to run a small business in New Ferry, on the banks of the Mersey. Money was tight, but she remembers a childhood in which ‘love, time and security were in super abundance’.

Hannah — the eldest of three — always loved animals and although her mum suffered from allergies to furry creatures, Jackson was encouraged to keep all the pets she wanted — even a sheep.

As a restless rebel of a teenager, she dyed her hair bright red at 17. She studied animal behaviour at university, but her planned career in marine biology was derailed when she helped a sheep give birth on a family holiday to the Lake District and then took the first farming job she could find, moving to a battered caravan in Wales and working for a sadistic bully who made sure she learned the brutal side of the business the hard way.

But Jackson has grit. She powered on and took lessons from top sheepdog trainer Derek Scrimgeour. He told her that, in his experience, women make the best shepherds because they are more likely to work in harmony with their dogs, instead of trying to dominate them. Jackson got her first dog, Fraser, from him and was quickly working as a contract shepherd.

Of course, her flock and her dog don’t care that she’s a woman. ‘When a lamb is locked in a breech birth position and about to kill its mum, is that when my extra X chromosome matters? Believe me, nothing screams equality quite like bending to your knees, alongside the rest of the farmers, to clear maggots from the rear end of a ewe in the height of summer.’ 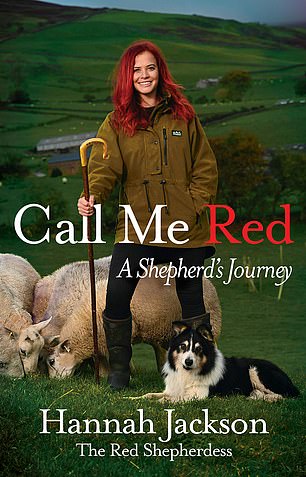 Jackson gives a moving account of the chaos and charm of the lambing season. As a ewe goes into labour, we learn, she will enter a hypnotic state called ‘star-gazing’. After her babies are born she will begin to communicate with them using a language very different from the usual ‘baa’. Jackson describes it as a ‘low and subtle hum that is unique to her and her child’. Even as the lamb grows, a single call in this tone will summon the lamb from a flock of hundreds.

Jackson’s parents were so inspired by their daughter that they bought a farm, where they run shepherding-based leadership courses to business executives.

Brookside Farm hadn’t been occupied for 30 years and parts of it hadn’t been touched for almost 300 years. But Jackson paints a romantic picture of it: open fireplaces in every room, heavy flagstone floors and even a larder with the old meat hooks hanging overhead. She started her own flock with 12 ewes (£95 each with twin lambs) and a ‘psychopathic’ tup called Tank.

Finding love is hard in her profession. Dating other farmers, she noticed she was expected to be relegated to the role of ‘farmer’s wife’, although she says she’s never heard a man described as a ‘farmer’s husband’.

She struggled to find the right man but finally met ‘cocky’ country-boy Danny Gallagher, who was training to be a farrier and shared her love of animals and the outdoors. Now they’re engaged and work together.

Jackson’s book ends in the summer of 2020. Despite the pandemic, she describes the thrill of standing out on the hills, watching her dog racing up and down the slopes ‘like a black and white yo-yo’.

She stands under ‘filthy low cloud’, shivering and soaked to the bone — knowing there’s no place on earth she would rather be.