‘The romance is still alive!’ Simon Cowell, 62, shares rare insight into his relationship with girlfriend Lauren Silverman, 44, as he confirms The X Factor WILL return after axe

By Laura Fox For Mailonline


Simon Cowell has gushed he’s ‘closer than ever’ to his girlfriend Lauren Silverman as he offered a rare insight into their eight-year relationship.

The music mogul said that his romance with Lauren is ‘still alive’ having realised they still ‘enjoy each other’s company’ after months of being holed up together during the Covid lockdown.

Simon, who shares son Eric, seven, with Lauren, also confirmed that despite its axe earlier this year, he is hoping The X Factor will return in the near future. 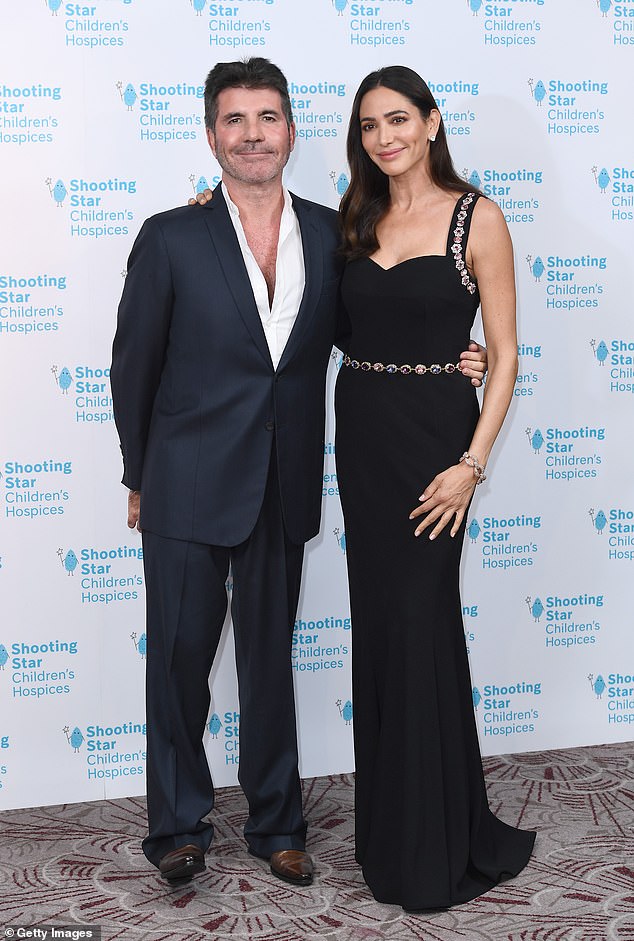 Sweet: Simon Cowell has gushed he’s ‘closer than ever’ to his girlfriend Lauren Silverman as he offered a rare insight into their relationship (pictured at the Shooting Star ball on Friday)

Speaking to OK! after hosting his annual Together For Short Lives charity ball, Simon gushed that his romance with Lauren was still going strong, after their cosy appearance on the red carpet.

Asked whether their relationship was still alive, he said: ‘I guess so! Covid-19 was the real test. Like everyone, we were in lockdown for a long time and that’s when you realise whether or not you actually enjoy each other’s company or not.

‘And we really really did. So to answer your question… yes, the romance is still alive. We’re closer than ever.’ 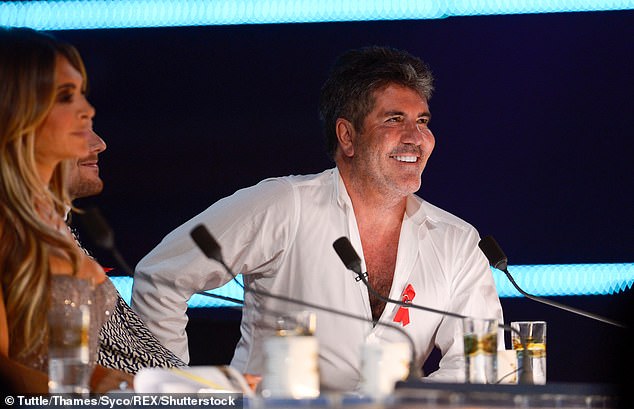 Exciting: The music mogul also confirmed that he is hopeful that The X Factor will return in the future, after it was reportedly axed by ITV earlier this year

While Simon praised for Lauren for always maintaining an active role in his charity ventures, he insisted he does his fair share of the childcare and ‘loves’ picking up Eric from school and taking him to football training.

The Britain’s Got Talent judge also confessed that he’s so close to his son that he and Lauren struggle to plan date nights away from him, but in some cases they do ‘occassionally make it out alone.’

Discussing his upcoming projects, Simon also confirmed that he is hoping to bring back The X Factor in the near future, after realising how much he ‘missed’ working on the show this year while he rested the ‘tired’ format. 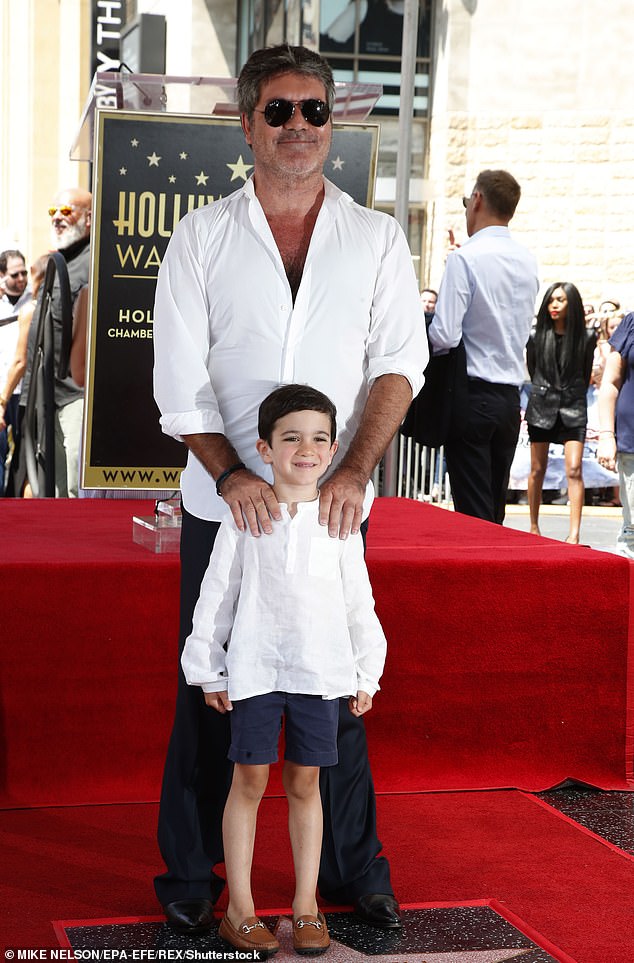 Family: Simon also revealed that while his romance with Lauren is ‘still alive,’ they struggle to plan date nights away from their son Eric (pictured in 2018)

The long-running talent show was reportedly axed by ITV earlier this year due to falling ratings, after it was last broadcast in 2019.

He said: ‘This year was the first year since we took it off the air, where I realised how much I’d really, really missed it… And I think the public do as well. It was – and is – a brilliant show. And there’s no question it will return.’

Simon’s latest project will be the action-packed ITV singing show Walk The Line, but he’s no longer set to appear on the judging panel after stepping down from the programme earlier this month.

The anticipated six-part series is set to air later this year and will present an opportunity for musical variety acts to win a life-changing sum of money.

According to reports in The Sun, Simon’s decision to step down comes with hopes he will be able to spend more time with his partner Lauren Silverman and their seven-year-old son Eric. 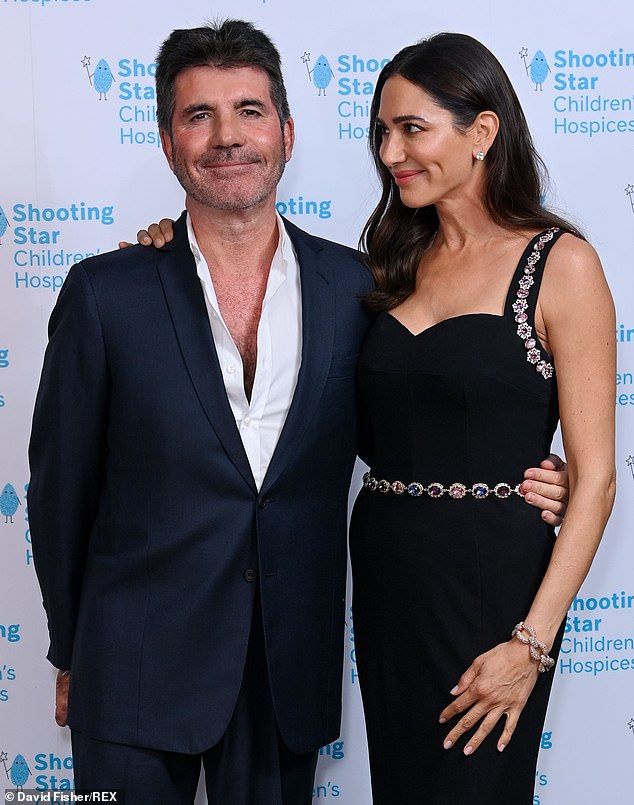 Happy: He said: ‘Like everyone, we were in lockdown for a long time and that’s when you realise whether or not you actually enjoy each other’s company or not’

The entrepreneur told the publication: ‘This is a situation where I have decided it is right for me to focus on my role as the Creator and Producer as we build up to the hugely exciting launch.

‘Gary’s musical pedigree is second to none – and we have known each other a long time now – so I am delighted he is picking up the baton for me for the first series of Walk The Line. I know he will do a fantastic job.’

On Sunday it was confirmed that Alesha Dixon, Gary Barlow, Dawn French, and Craig David will appear on the judging panel, with Maya Jama set to host the six-part format when it airs later this year.

Walk The Line will see a music act win £500,000 by taking to the stage to perform for the nation, and contestants will need nerves of steel as they determine whether to cash out or physically Walk The Line and risk it all to stay in the competition.

Walk The Line will air on ITV and ITV Hub later in the year. 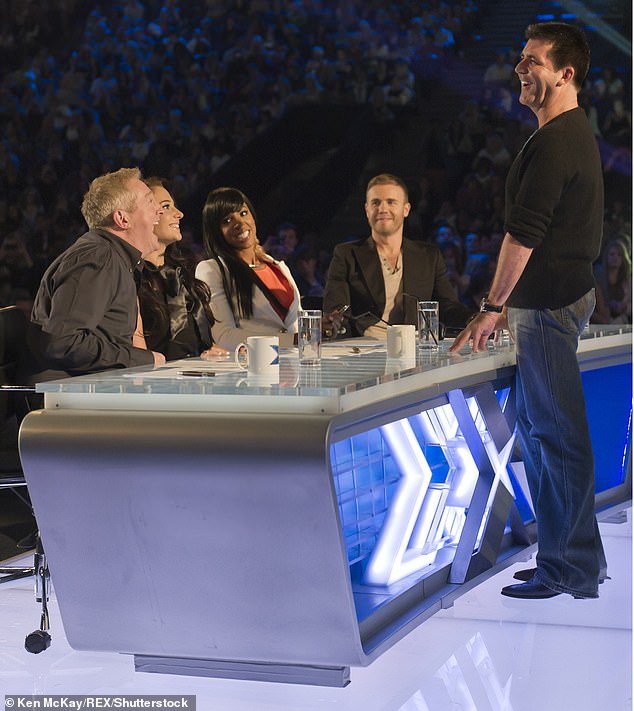 Plans: It comes after Simon stepped down from the judging panel of his new talent show Walk The Line, with ITV confirmed he will be replaced by Gary Barlow