Slipknot lead singer Corey Taylor revealed in a social media video on Saturday that he’s ‘very, very sick’ after testing positive for COVID-19 despite being vaccinated.

The 47-year-old heavy metal singer shared the news as he explained that he would not be making an appearance at the Astronomicon event this weekend in Ann Arbor, Michigan.

The news of Taylor’s positive diagnosis comes less than one month after Slipknot’s founding drummer Joey Jordison passed away in his sleep at the age of 46, but no cause of death has been revealed. 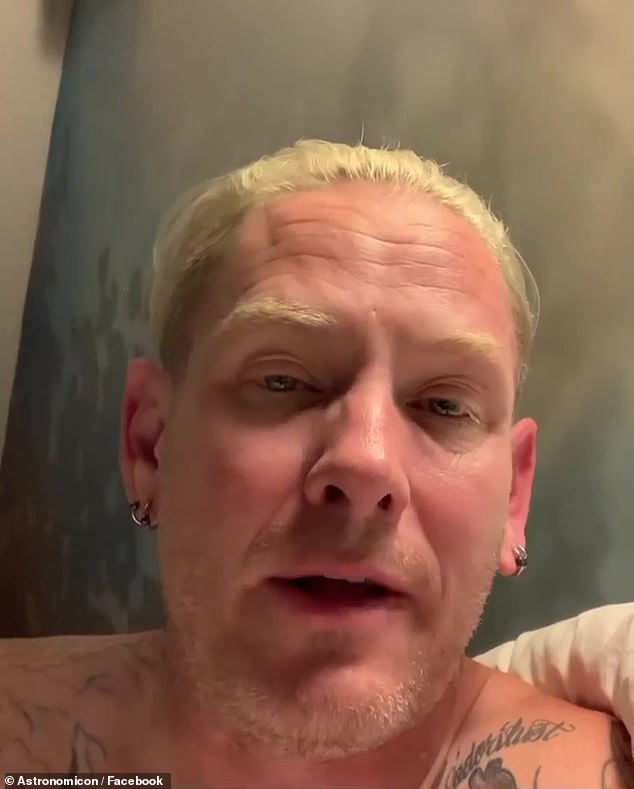 Positive diagnosis: The 47-year-old lead singer of the heavy metal band took to social media to share the news of his positive diagnosis as he said he was ‘very, very sick’ despite being vaccinated

In a 55-second video, the singer appeared shirtless and sounded both hoarse and nasally as he downloaded his loyal fan base on the current situation.

‘I hope everybody’s well, I wish I had better news. I woke up today and tested positive, and I’m very, very sick,’ he shared, adding that he would ‘not be able to make it,’ to the event this weekend.

‘I am absolutely devastated, I am so sorry. I hope everyone has a good time, and I promise you I will absolutely try to get back out there as soon as I can.

‘I should be okay — it’s just the flu. I’m vaccinated so I’m not worried, but I certainly would not want to spread it to anyone else, so, everybody be safe out there.’ 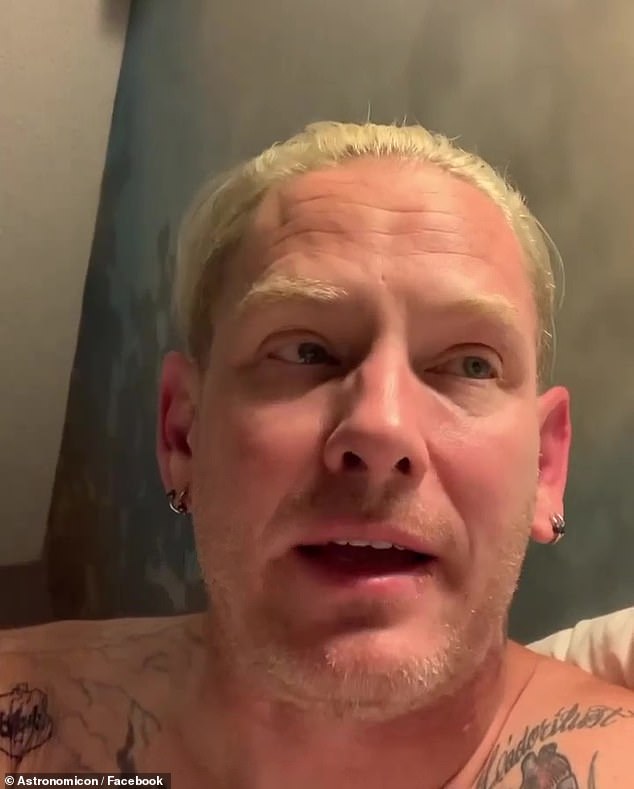 Taking precaution: ‘I should be okay — it’s just the flu. I’m vaccinated so I’m not worried, but I certainly would not want to spread it to anyone else, so, everybody be safe out there’ he said

No show: The video was posted to the Astronomicon’s Facebook page as the singer spoke to his loyal fan based from the comfort of his own home

He signed off: ‘I will see you again, I promise.’

The event posted his video to their Facebook page as they wished him ‘a speedy recovery’ and harped on the severity of this Delta variant which has been running rampant in recent weeks.

‘Maintaining everyone’s health and safety is paramount in these times. COVID is no joke and can affect anyone, even those who have been vaccinated.’

The statement continued to read that they urge ‘everyone to remain vigilant’ and cautioned that festival goers ‘remember to wear a mask to keep yourself and everyone at the event safe.’ 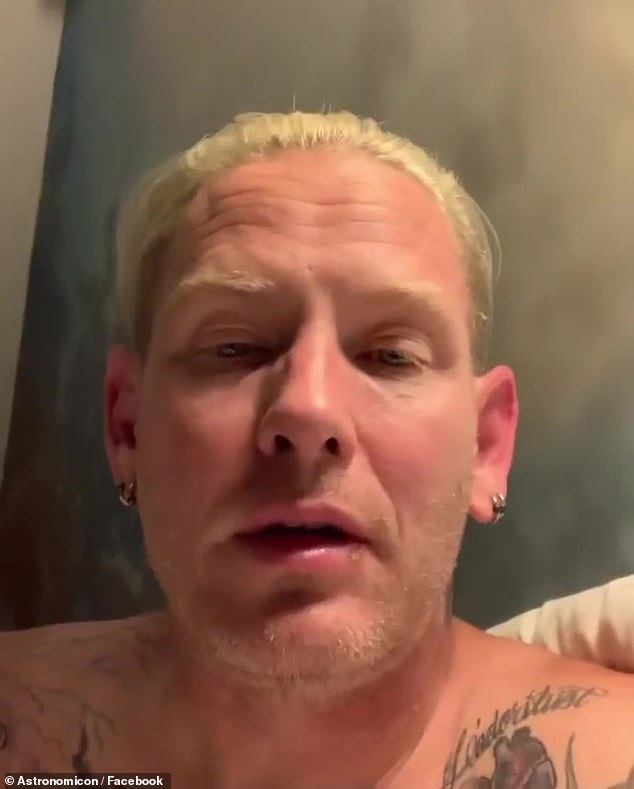 Struggling: As he spoke to the camera his voice appeared hoarse and he sounded nasally

Statement: The festival’s official page wished him a ‘speedy recovery’ and cautioned ‘COVID is no joke and can affect anyone, even those who have been vaccinated’

Corey has been on the road for the past few months as part of his CMF Tour after releasing his debut solo album ‘CMFT’ on October 2, 2020.

His most recent show occured in Springfield, Missouri days ago, as he posed for a photo with his four bandmates who all donned black clothes and edgy KISS inspired makeup.

In a June interview with Rolling Stone he spoke about how the tour would be taking precaution amid the COVID-19 pandemic, which included ‘encouraging everyone to get vaccinated.’

‘We’ll be taking as many precautions as we can: the usual social distancing, pod seating (sectioned off area with an allotted number of people who came together allowed inside), temperature checks, waivers signed at the door, masks in place everywhere but your pod. We’re encouraging everyone to get vaccinated as well before the tour.’ 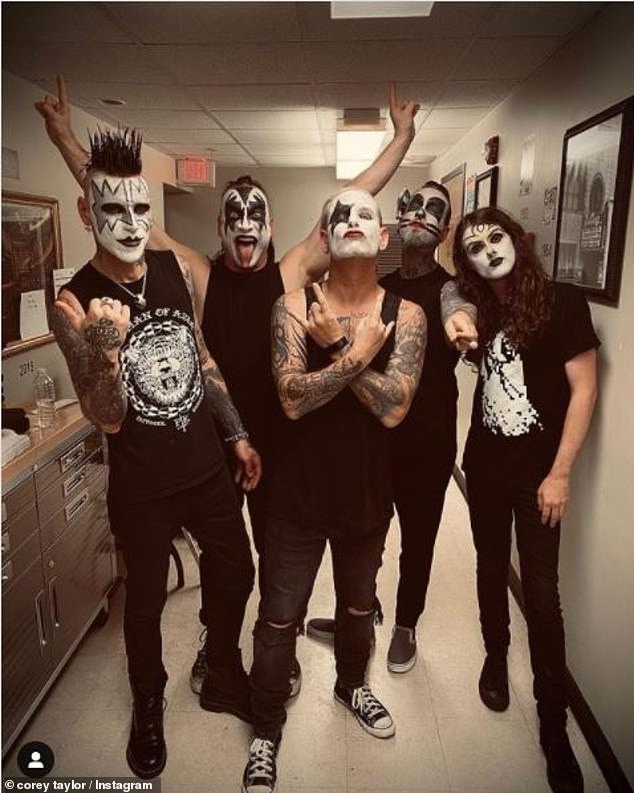 His last show: As part of his CMF Tour to celebrate his debut solo album he most recently played a show in Missouri

Taylor has served as the lead singer of both Slipknot and Stone Sour. Last summer he spoke about the possibility of walking away from the famed heavy metal band for the first time since his career began in 1997.

‘The second that I’m doing this for reasons other than my absolute passion for doing it – as soon as that changes, that’s when I’ll know,’ he said in an August 2020 Sirius XM radio interview.

But in a March interview with 95.5 KLOS he shared that the band — which currently consists of Jim Root, Shawn Crahan, Jay Weinberg, Sid Wilson, Mick Thompson and Alessandro Venturella — were working on their seventh album.

Corey said that the new album would be everything ‘you would want from a Slipknot project,’ and spoke about it being ‘conceptual.’ 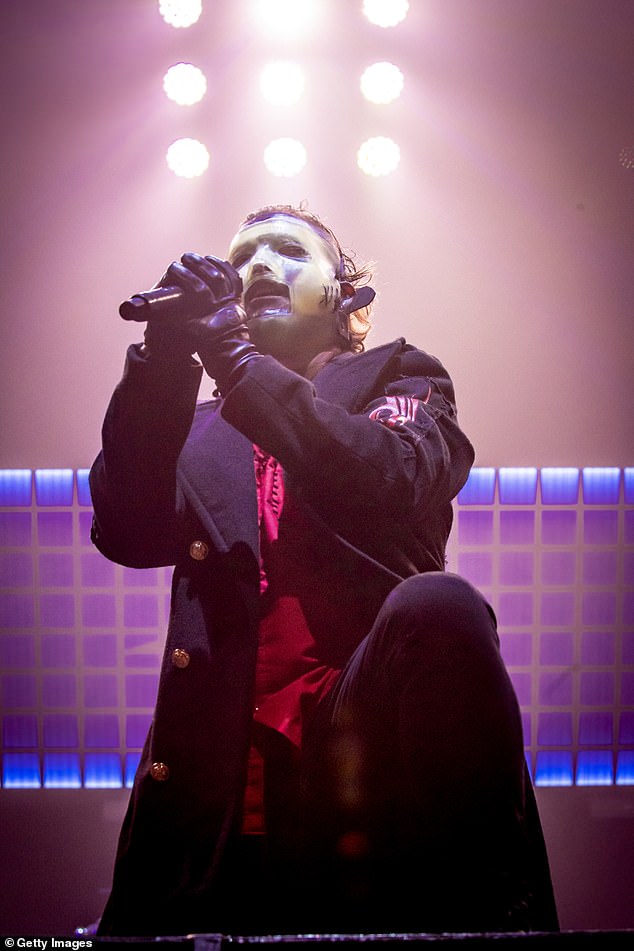 Frontman: Taylor has served as the lead singer of Slipknot since 1997 and he spoke in March about how they were currently working on their seventh studio album

He teased: ‘It’s really, really good, man. We’re entering a realm that we’ve never been, and that, to us, is exciting. Especially after all of these years, we pride ourselves on always being able to try and top ourselves, and if we can pull this off, this may be the ultimate top ourselves.’

On July 26 founding slipknot drummer Jordison passed away in his sleep though no cause of death has been revealed.

He was dismissed from the band in 2013, which he later said was because he had transverse myelitis, a neurological condition that left him unable to play.

Tragically another Slipknot founder Paul Gray, died of a morphine and fentanyl overdose at the age of 38 in 2010. 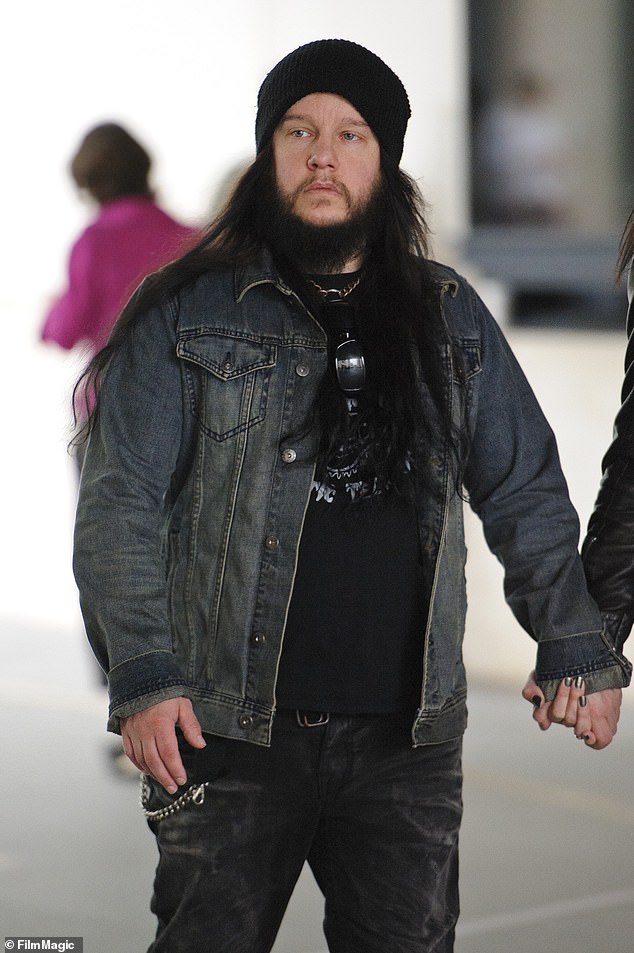 Tragedy: Founding Slipknot drummer Joey Jordison — who left the band in 2013 — passed away in his sleep on July 26 though no cause of death has been revealed; pictured 2013