Sofia Vergara at showed off her soft curves while out to dinner in West Hollywood.

The actress, 49, went to the a restaurant called Soulmate, a Mediterranean and Spanish restaurant, with her son Manolo.

The Modern Family star wore a black dress complete with a skirt covered in images of flowers and a sheer top which left little of her ample bosom to the imagination. 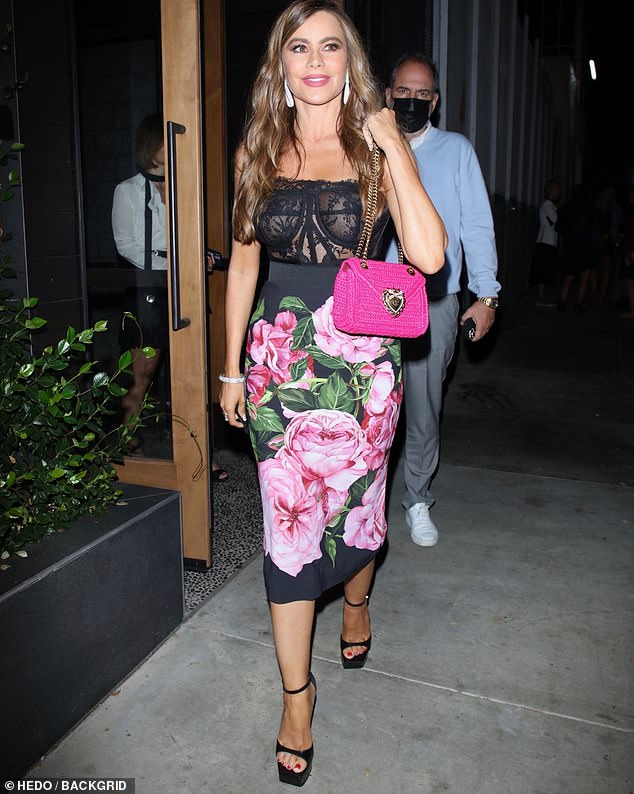 A beautiful flower: Sofia Vergara showed off her soft curves in a dress covered in flower images while out in West Hollywood 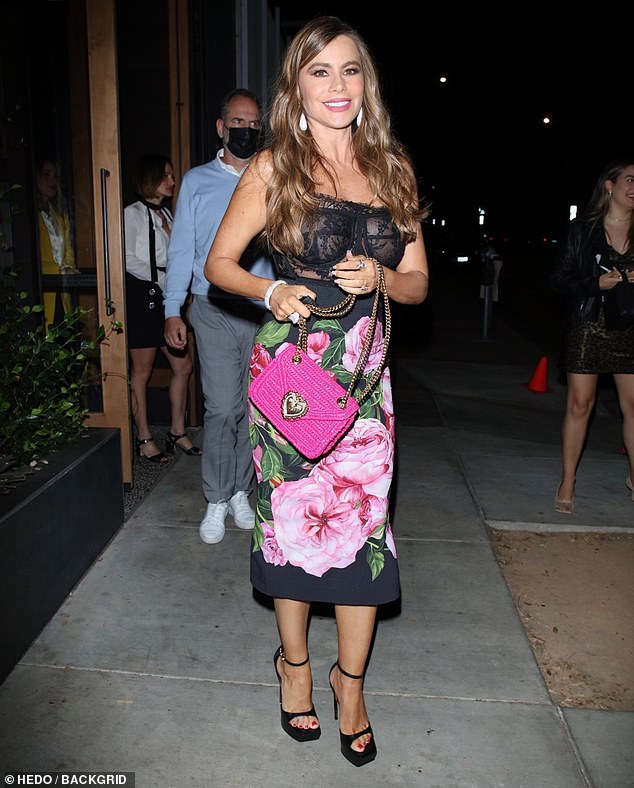 Birthday boy: The actress, 49, was out with her son Manolo who turned 30 on September 16

She held a pink leather purse in her hand and flashed a trademark dazzling smile for the camera. 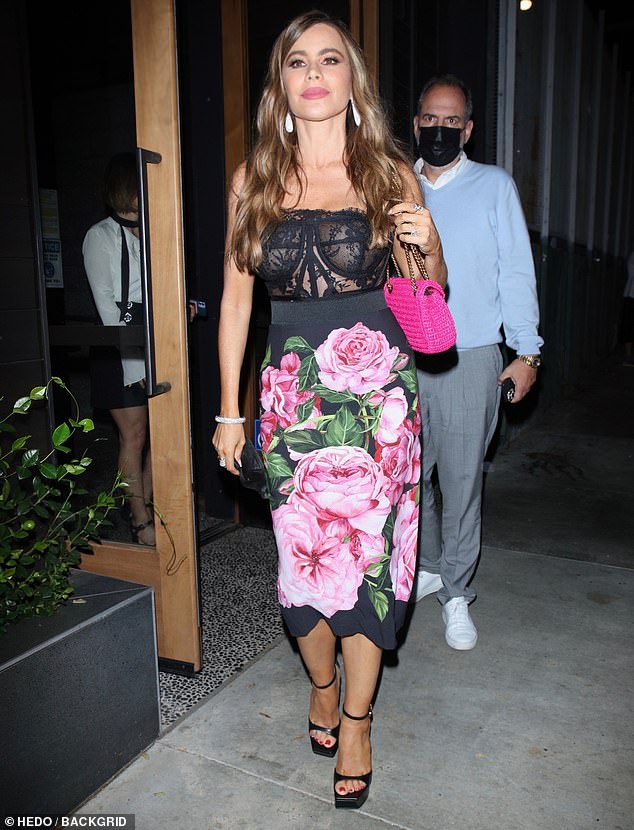 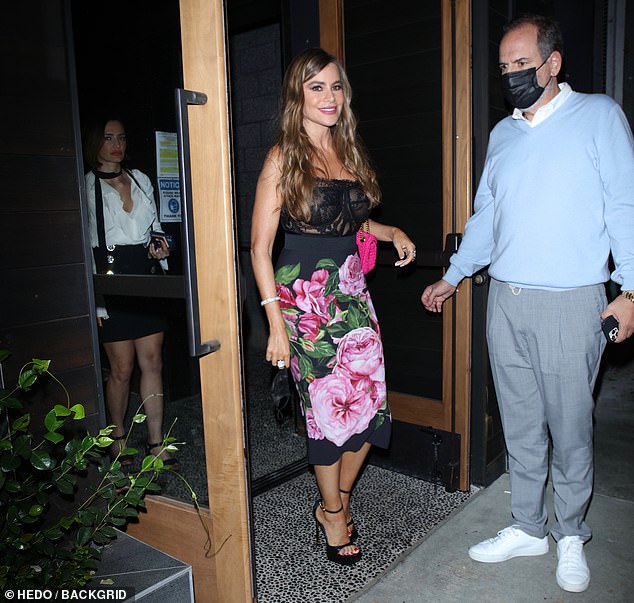 Stepping out: Vergara left the restaurant and waded into a sea of photographers

Of course, one failed relationship did not sour the star on love forever. In 2015, she married fellow actor Joe Manganiello. The two met at the White House Correspondents’ Dinner in May 2014.

The 44-year-old saw his future bride from across the room and was instantly smitten, though it took Vergara a little longer to start dating her future husband.

‘Our first date was her giving me every reason why it would never work out,’ the Spider-man actor told Haute Living.

Her hesitation didn’t last long though and the pair began dating just months after their meet cute. 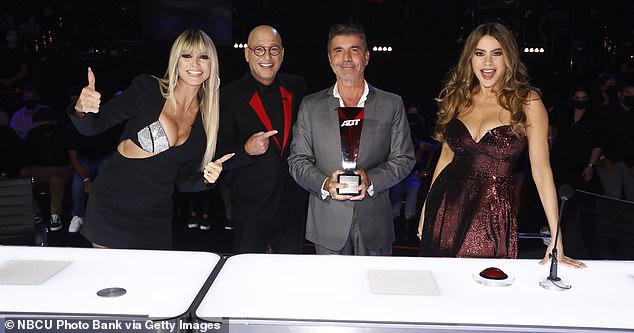 Busy career: Vergara, seen here at America’s Got Talent, recently finished judging the latest season of the show and will return to acting with a voice role in the film Koati

With her personal life continuing in a positive direction, Vergara has also been busy professionally as well.

The latest season of America’s Got Talent, on which she was a judge, recently wrapped and she is also getting back into acting with a voice role in Koati, a movie slated for release some time this year.

The film follows three unlikely animal heroes as they try to stop their forest from being destroyed by an evil snake.

Manganiello will also voice a role for the film.