Super League round-up: Coach Daryl Powell speaks of his relief after Castleford make it it two wins out of two with derby triumph over Leeds

By David Kent for the Daily Mail

Castleford coach Daryl Powell is relieved the announcement of his end-of-season departure has not had a negative effect on his team, who made it two wins out of two with an 18-10 derby triumph over Leeds on Friday.

Powell is making a special effort to enjoy his farewell season but says he was initially concerned about the timing of the news.

‘I was a little bit worried about when to put the announcement out,’ he said. ‘I don’t think there’s ever a great time. 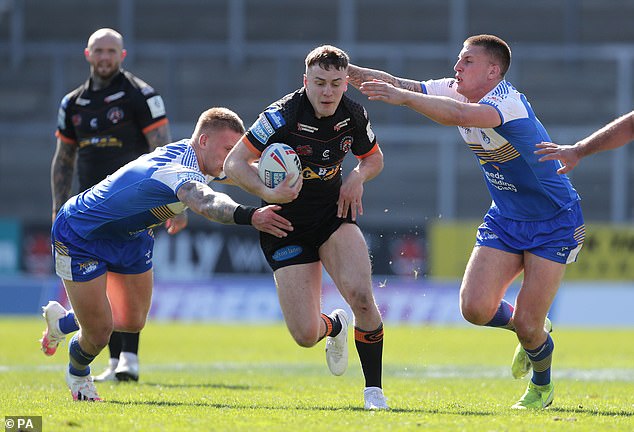 ‘I did have some concerns but they’ve been allayed over the last couple of weeks.’

Castleford, who began the season with an impressive win over Warrington, made a lively start against injury-hit Leeds and led 12-0 after 22 minutes thanks to tries from Oliver Holmes and Niall Evalds.

However, Leeds got the deficit down to two points through scores from Luke Briscoe and Matt Prior before Tigers’ makeshift winger Jordan Turner sealed their fate 10 minutes from the end. 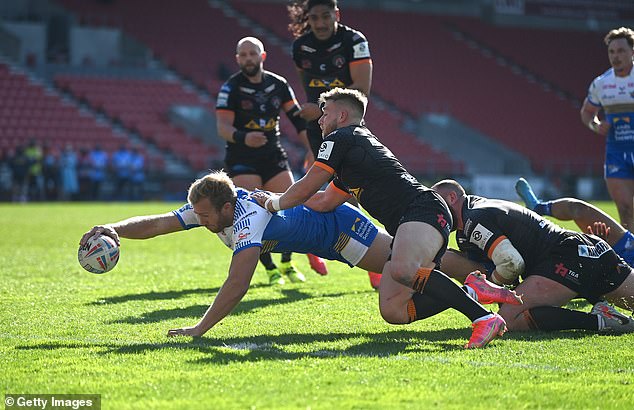 Warrington ran in eight tries as they bounced back from defeat against Castleford to thrash newly-promoted Leigh 44-12.

Adam Sidlow and Ryan Brierley crossed for Leigh but they were totally outclassed on the day.